Neil Bhoopalam, who plays a cop in The Raikar Case, on how he doesn't fear being overshadowed in a multi-starrer 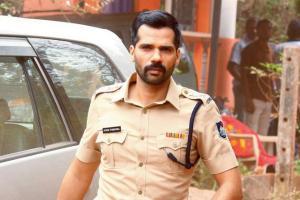 Neil Bhoopalam in The Raikar Case


Admitting that deliciously dark thrillers are rare to come by, Neil Bhoopalam says that he was bowled over by the script of The Raikar Case. Couple that with the sharp character of John Pereira — a Goa-based police officer who investigates the murder of the youngest member in the Raikar family and finds himself opening a Pandora's box, in the process — and the actor was game.

"It's a murder mystery with elements of a family drama, and had me hooked. To help me play SP John Pereira, Aditya [Sarpotdar, director] pushed me towards a certain style of performance, which I had never explored before. My character had to be dynamic, but within the realm of reality. One can probably commit to larger-than-life characters and adopt an over-the-top style in films, but not in a web series," he explains.

The Voot Select series has an eclectic cast that includes Atul Kulkarni, and Ashwini Bhave, among others. While lesser actors may think twice about being part of an ensemble cast, Bhoopalam has a different view. "I come from a theatre background, so I am used to working together. It makes you a more generous actor," he says.

Even though he has been a part of the OTT boom across the country, Bhoopalam fears it has changed the way we consume entertainment for the worse. "People need to go easy on how much content they consume. There was a time when people watched an episode till 8.30 pm, and then, went to sleep or pursued other interests. Binge-watching is ruining our habits and disrupting our life. We no longer have the patience to wait for the next episode."

Next Story : Hasmukh Web Review: Bro, lost me at hello