Neil Bhoopalam: I can keep acting even at 80 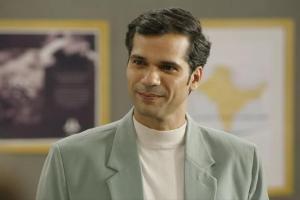 
Actor Neil Bhoopalam, who recently appeared in the web series The Raikar Case, says that he is not in a rush to sign every project that comes his way because he believes that the journey of an actor is way longer than one can assume, citing the example of Bollywood icon Amitabh Bachchan.

"I am content with the kind of work I am doing. Also, there is an important point that we have to understand. There are some jobs in which one cannot work every day. I think acting is one of them. At least, the kind of work I am trying to do. There is no hurry. As an actor, my career span is not of 20 years. I can keep acting even at 80. Look at senior actors of our industry -- Mr Amitabh Bachchan is an example. At his age, he is unstoppable. So, I think the career of a performer just continues. Of course, there are people who advise me that do as much work as you can, because you are young and this is the time. But no! I do not want to rush!" Neil told IANS.

In the show "The Raikar Case", he played the character of John Pereira, a police officer investigating a murder.

Sharing his experience of working with Atul Kulkarni, he said: "It was fantastic working with Atul, and I know him and his wife Geetanjali since my theatre days. We have worked earlier, we went to theatre residency. He is very supportive as an actor. If I am stuck in a scene and ask for his suggestion, he is there to guide."

Neil is known for his work in films like "No One Killed Jessica", "Shaitan", and "NH10". On the fact that he is selective about signing projects, he said: "I like to balance things out. I make sure I am working on a new play. I studied advertising, so I am working on that as well. I am a product of mass media revolution because there are so many talents that have got the opportunity to be a part of new-age entertainment with new kind of cinema and Digital Avenue opening up. I think now that people are sitting at home, and home entertainment is finding new space in our lives, this will play an important part for all the young actors in the show. I am also playing a part in the upcoming season of 'Four More Shots Please'!"

Next Story : Ravi Kishan: Important for me to be comfortable with co-stars