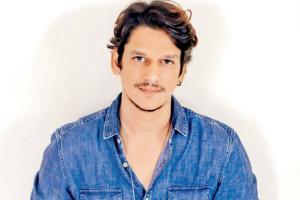 
Vijay Varma is continuing his hot streak after Gully Boy (2019) — close on the heels of landing a pivotal part in Mira Nair's A Suitable Boy, he has snagged the lead role in Anand Gandhi's upcoming yet-untitled web series. The Ship of Theseus (2013) writer-director's show is currently in pre-production. "It's a sci-fi comedy, which requires a lot of research. Since the subject has not been attempted before, we have been having rounds of workshops and rehearsals. It is a long, elaborate process as it requires a lot of CGI as well as robots," says the actor, who was last seen in the Netflix anthology, Ghost Stories.

Earlier relegated to the sidelines despite having delivered powerful performances in Chittagong (2012), Rangrezz (2013) and Pink (2016), Varma caught everyone's eye with the Zoya Akhtar-directed hip-hop drama last year. Thrilled to have finally got the proverbial big break, he has no intentions of slowing down. "The digital medium is proving to be a boon. Earlier, an actor did one or two films in a year, which was followed by a break. Now you can continuously get work and prove yourself."

Next Story : Sunny Kaushal: Annoying when people ask if Vicky gave me tips