Exclusive! Regina Cassandra: Four shows later, one entire show mounted on you is definitely a scale-up 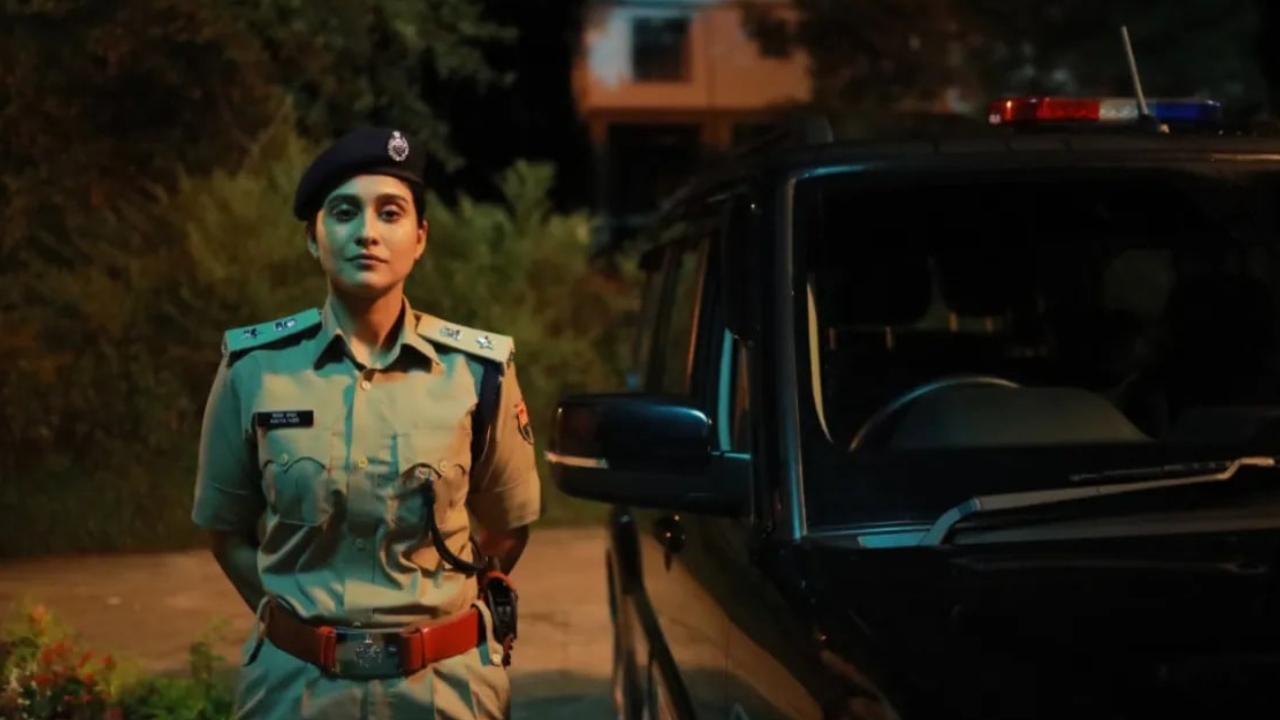 
Regina Cassandra who is a popular name in Tamil and Telugu cinema made her Hindi film debut with the 2019 film ‘Ek Ladki Ko Dekha Toh Aisa Laga’. In the film, she essayed the role of Sonam Kapoor’s love interest. From there, the actor has made her presence felt with distinct performances in the Hindi cinema/series space. Regina is currently seen on ZEE5's original show ‘Jaanbaaz Hindustan Ke’. “It is a pretty heavy title. Even when I heard it, I felt it is going to be a lot to take this on my own shoulder and this is my first OTT where I am playing the protagonist and everything is on my shoulder. It is all very interesting because I have done 4 OTT shows now and four shows later, one entire show mounted on you is definitely a scale-up and very grateful for it,” said Regina while talking to mid-day.com.

'Jaanbaaz Hindustan Ke 'throws light on officers in uniforms and their selfless dedication and the sacrifices they make and what goes on in their daily lives. Regina plays the central character of Kavya, an IPS officer. She is spontaneous, devoted, and head-on with all of her missions. Kavya gets appointed as the lead investigator in an ISIS-K bomb attack case, where her psychological strength is put to test. “When it came my way and I heard that Srijit Mukherjee would be directing it, there was a lot of curiosity in me to see if I could pull it off; to see how the show is going to be. I also play a mother and there are so many aspects to this role that I thought would actually interest me as an actor and as someone who would like to take the next step higher,” the actress shared.

Regina’s two recent projects- ‘Saakini Daakini’ and ‘Shoorveer’ saw her playing characters that are part of the forces. Terming all the roles ‘quite different', Regina said, “This is the first time I am playing a cop. In ‘Shoorveer’, I played an air force pilot. In ‘Saakini Daakini’ I was a police trainee. Although it is all part of the force, there is so much to do, and so many stories to tell, I think it is important for everyone to see this. I think it is educative in a way plus there is liberty where you can add in fiction, you can add in so many things, so it really depends. Every filmmaker is different in their way of telling a story. In ‘Saakini Daakini’, I play a 19-20-year-old who is gone into police academy training and is young. In ‘Jaanbaaz’, I am playing a 34-35-year-old Superintendent. It is a very different treatment. What I really liked in the first season of ‘Jaanbaaz’, Srijit (Mukherji) sir has shown the balance in Kavya Iyer's life where there is an equal  amount of struggle in the personal and professional life of a woman.”

The show also has an interesting ensemble cast including Barun Sobti, Sumeet Vyas, Mita Vashisht, Gayathrie Shankar, and Chandan Roy. “I think our cast has a great set of actors. You will see Sumeet in a very different avatar which is something I am looking forward to. I think he has done absolute justice to the role. Mita ma'am, she plays the head of NIA. She is top-notch. I was so happy to get to work with her and we had quite a few scenes together. Even working with Gayathrie, she is a star in the south. We are friends and never got to work together. It is nice to see the south infiltrating national content that the national audience can watch. I was very fortunate to share different bonds with each person,” she added.

While Regina has some really intense scenes in the series and plays a rather serious character, she says that she is not one of those actors who stays in character outside of action and cut. “I have never been like that. I have always been the kind of actor who the moment the director says cut cannot be in character. I am a very quiet person on set unless I am spoken to or I need to talk. I am not necessarily quiet. I don’t know, but I am not always in character for sure. I don't believe in that.”

Regina had earlier said that it was only after the response to 'Ek Ladki Ko Dekha Toh Aisa Laga' did she realize the kind of impact cinema and actors can have on people. When asked if she is more mindful of the impact her choice of roles will have, she said, “Yes, and no. For me, it is important, what I am putting out there for sure. That has always been the thought process behind doing anything. But I am more aware of the impact that it creates because as you do more work and as more people see you, you are get more recognition. So yes, I am pretty mindful of the roles that I play. But do I now necessarily think that I am doing this to create an impact, and this has to? No. But I am very mindful of what I am doing.”

Next Story : Everything you need to know about Netflix series ‘Class’