Directed by Dnyanesh Zoting and written by Nikhil Nair, Jimmy Sheirgill takes the center stage along with the ensemble cast Asha Negi, Rajshri Deshpande and  Sparsh Shrivastav in this intense crime thriller. 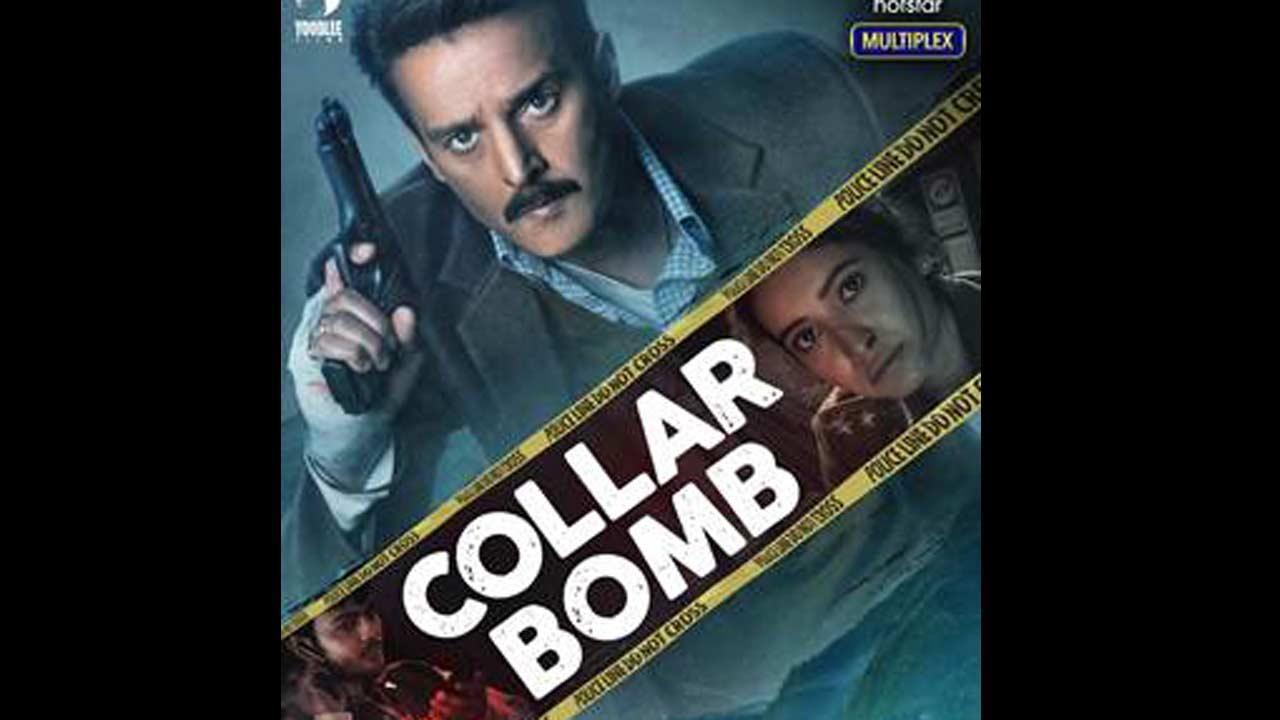 
With a ticking bomb taking hold of his beloved town, can police officer Manoj Hesi win the race against time, catch the evil mastermind, protect innocent lives…  and himself? Watch a perplexing mystery unfold in Collar Bomb, a high-stakes thriller that follows top cop Manoj Hesi as he strives to stop a suicide bomber from blowing up a school. Actor Jimmy Sheirgill brings his intensity and depth to the role of a police officer who is unwittingly being controlled by a mysterious individual spreading fear and terror among people. This fast-paced movie showcases talented actors, including Asha Negi, Rajshri Deshpande, Sparsh Shrivastav among others.

Written by Nikhil Nair and Directed by Dnyanesh Zoting the movie has the perfect mix of crime, thriller, action, mystery and more. Jimmy Sheirgill takes centerstage as Manoj Hesi, coming back to a cop’s avatar after many years. Written by Nikhil Nair, and produced by Yoodlee Films and 3 Earth Entertainment, Collar Bomb releases on 9th July 2021.

Jimmy Sheirgill said, “Collar Bomb is a really special project for me as it's a highly captivating thriller series about an unimaginable hostage situation. While I have portrayed the role of a police officer before, the role of SHO Manoj is much more intense, complex, and dark; and that allows me to play around with a range of complex emotions. The movie has multiple unexpected plot twists and shocking revelations that one would’ve never seen in any other whodunnit. The story will definitely keep viewers hooked and is a must-watch for all those love mysteries.”

Director Dnyanesh Zoting said, “Collar Bomb is a twisted and explosive hostage rescue thriller. Jimmy Sheirgill has brilliantly portrayed the role of SHO Manoj Hesi, a good cop forced to do bad things. The story has a bewildering mystery, and the unpredictable plot twists that take place in the cop’s life will keep audiences on a hook. Nikhil Nair, the writer has beautifully crafted this masterpiece and I couldn’t have asked for a more engrossing story to direct. With Disney+ Hotstar VIP, we hope the movie reaches audiences who enjoy a good crime thriller and appreciate the movie.”

Haunted by his own past, a glorified cop’s life is thrown into chaos as he is forced to commit a series of heinous crimes before a suicide bomber blows up a school. As he races against time to complete this scavenger hunt from hell, the idyllic town around him descends to madness, confronted by an evil that seems to have no other objective than to strike raw, primal, terror. Over the course of the film, the mystery around the cop’s own past is also unravelled.

Also Read: Jimmy Sheirgill and Your Honour team booked for working beyond the time limit

Next Story : Shweta Tripathi Sharma: Was hungry to be in front of camera