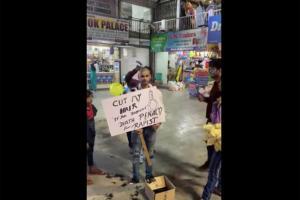 
The terror of rapes in India has shaken everyone and it is considered to be one of the most unsafe countries for women. Many people have shown disregard towards women by sexually assaulting them and killing them to death after brutally raping them. The recent rape case of Dr. Priyanka Reddy left the citizens of India boiling with anger. She was raped, smothered and then burnt by four men under Chatanpalli bridge in Shadnagar. Like every other citizen, Dr. Abhinit Gupta went his way out for the protest. His video of getting his head shaved went viral on the internet. The video was put uploaded on his YouTube channel which saw him protesting where he stated, "Cut my hair if you support the death penalty for rapists."

The initiative by Abhinit was lauded by everyone on social media and he started trending all over the internet. To tell you, he is a celebrated cosmetologist and trichologist in Bhopal. He is the owner of Poison Skin Clinic and is popularly known as Dr. Bollywood. Gupta recently topped the headlines as he was conferred with the prestigious 'Champions of Change' award for his outstanding work towards PM Narendra Modi's Swachh Bharat Abhiyan. Dr. Abhinit Gupta has been closely associated with a lot of social works and he believes that it is his responsibility to contribute to society and bring a difference among everyone.

While sharing his views about his protest, he said, "It was very unfortunate and saddening. An utter act of shame and disregard I would say. First, it was the 2012 Nirbhaya rape case and now the recent brutal rape of Priyanka Reddy. People must remember that women are not physical objects but an integral part of humanity. A woman is the birth giver and the world which we see would be impossible without their existence. Social media is a powerful tool and my aim was to reach a large section of people by running a death penalty campaign against rapists.” The bravo act by him was appreciated by celebrities on the internet and every Indian joined him in the cause. However, the nation got relief when the rapists of Dr. Priyanka Reddy were shot dead in an encounter by Cyberabad Police Commissioner VC Sajjanar. We truly need more people like Dr. Abhinit Gupta who are a boon to society. Don't you think so?

Next Story : Yogin Patel Has Bridged The Gap Between Brands And Influencers