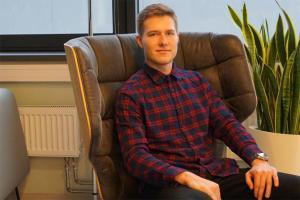 
Ksaveras Jancauskas is an entrepreneur who helps industry leaders to be position as an authority in their field.

So far, Ksaveras started and scaled his Instagram marketing agency to a 6-figure firm. The well-known brands and non-profits such as RepresentUS and GivePower Foundation been clients of Ksaveras. The biggest turning point for Ksaveras was when he was able to grow brands to over 221,000 real followers in just ten days!]

In this article, Ksaveras shares how he climbed up the industry ladder and became the successful digital marketer he is today.

With this system, Ksaveras has generated ten times return on investment (ROI) for different businesses on Instagram. This is why he’s one of the most sought after Instagram experts in the world.

At the start of his journey to success, Ksaveras faced a significant amount of challenges. His biggest challenge was that people did not trust him as an expert. He was missing the most important component to be seen as an authority and it is social proof.

"I tried giving value to my audience, however, people trusted someone else over me just because they had more followers," Ksaveras says.

In due time, he learned that trust can be built through social proof such as the content on your social accounts, the number of followers. Ksaveras also shares that the most sought after industry leaders these days aren’t the people who know the most about the subject matter it is the people who have the biggest social proof.

Ksaveras is a proud advocate of the “learn something new every day” movement. He never rests on his laurels and no matter the level of success he attains, he doesn’t get comfortable.

Everyone in his industry learns how to grow Instagram accounts and then complacency sets in. Instead of following the status quo, Ksaveras improves himself every day and according to him, he knows more about Instagram than Instagram knows about themselves.