Abhishek Bardia always believed in doing something creative and unique in life apart from studies where people can know him by his name. 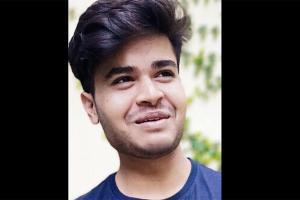 
There was a time when people were known as famous if they come in the newspaper, then the time came of television and now in the 21st century it is websites and apps which decide your popularity. To become famous was like a dream even if he/she is an entertainer, a blogger or anything.

We recently came to know about young and dashing personality Abhishek Bardia who is an actor, and we were stunned after seeing his popularity. He currently has 50k+ followers on Instagram.

Abhishek Bardia is a young talent from the state of Maharashtra. This lad's journey is a real example for the youngsters. His life journey teaches you to believe in you, your style, and also try things which you like and you can do it with passion than success is the stop for you like Abhishek Bardia. He is one such guy who has managed to follow his passion and education at the same time.

Abhishek always believed in doing something creative and unique in life apart from studies where people can know him by his name. Abhishek was very passionate about acting and he wanted to be a well known actor in Bollywood. He was so passionate about acting that he first started with discovering his own acting interest. Abhishek Bardia was seventeen years old when he started following his passion of acting along with his studies. To give his acting passion a boost he started to learn acting, then he practiced acting for several years until he developed his skills to a good level.

After some years, his passion and determination paid off well as a Bollywood and Marathi industry director offered him a role in his upcoming Bollywood film "Billu Ustaad" which was set to release on 16th February 2018. This was like a dream which came true and it was a life changing moment for Abhishek Bardia when he came to know he is going to work with popular Bollywood actors such as K.K. Goswami (fame of Star Plus TV serial ssshhhh…koi hai, SAB TV's serial gutur gu), Akhilendra Mishra (fame of lagaan, sarfarosh and many other films and TV serials), Priyanshu Chatterjee (fame of tum bin, hate story 3 film and many more) and Deepraj Rana(fame of dabangg 3, singham returns, gunday, prem ratan dhan payo and many more).

The journey of young talent began from there, and it was no looking back from there. He was a normal college going student like others of his age, and he never thought his life would suddenly change. Now his life has changed gears and its in top speed. After achieving this much, he further plans to excel in the field of acting and wishes to join B-town. Now the only thing he will see in his life is success and nothing else.