A few hours after Indian-born British author Salman Rushdie was attacked at a literary event in New York, several authors from the literary community around the world including Stephen King, Neil Gaiman, William Dalrymple, Taslima Nasreen and Amitav Ghosh have expressed their feelings 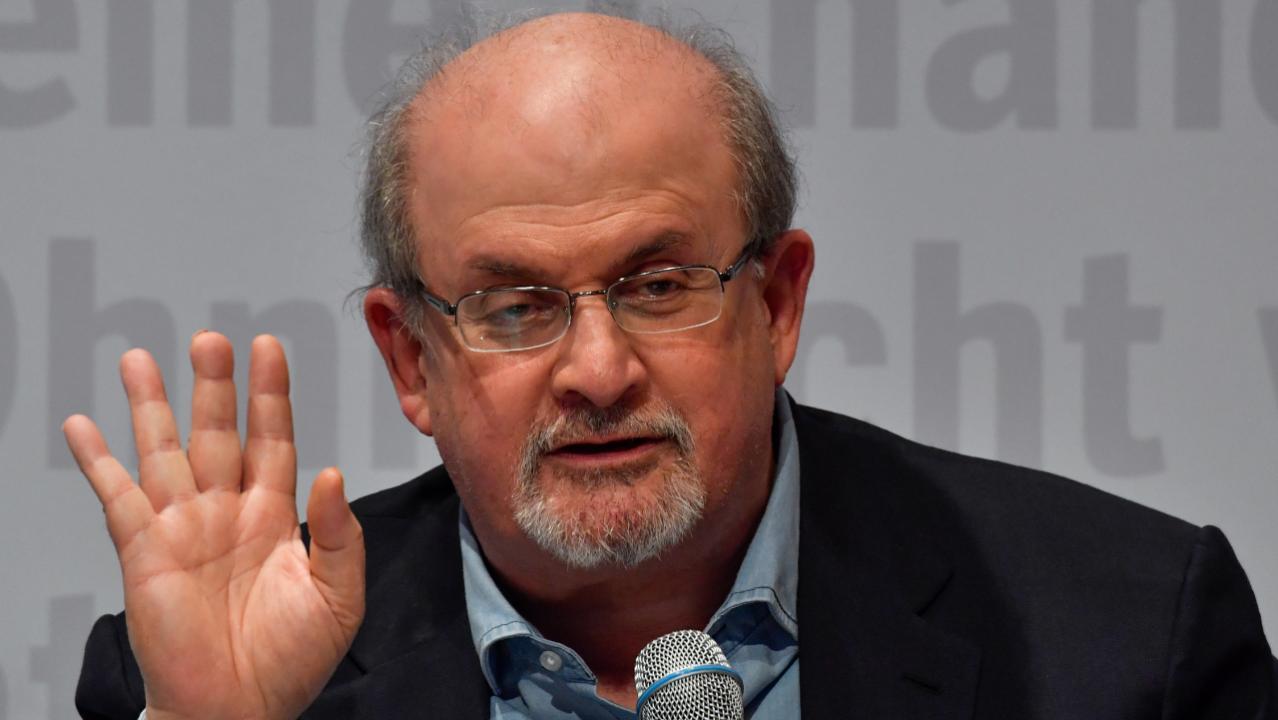 Salman Rushdie was attacked on stage on August 12 in New York at the Chautauqua Institution during a literary event. Photo: AFP


Renowned Indian-born British author Salman Rushdie was attacked at a literary event held at the Chautauqua Institution in New York early on August 12 morning. Rushdie was immediately airlifted and taken to hospital after he was stabbed on stage and is currently on a ventilator. The ‘Satanic Verses’ author’s agent, Andrew Wiley, in an update said his condition doesn’t look good, and will likely lose one eye; the nerves in his arm were severed and his liver was stabbed and damaged during the attack, according to a New York Times report. The suspect who attacked Rushdie has been identified as 24-year-old Hadi Matar, by the New York State Police.

In his career, Rushdie is known to have written 14 books including the 1981 Booker Prize-winning book, Midnight’s Children (1981) and Satanic Verses (1988). However, it was the latter that made him the target of a fatwa in Iran, where the book is banned, for hurting religious feelings, and even face death threats, which forced him to go into hiding. More than 33 years later, the attack on the author has surprised many.

While he is still under treatment, the attack has shocked many from the literary community around the world. After the attack, authors Amitav Ghosh, Taslima Nasreen, Stephen King, William Dalrymple, Khaled Hosseini, Neil Gaiman, JK Rowling, and The Booker Prize have taken to Twitter to express their feelings. While Ghosh and Nasreen expressed their shock, William Dalrymple said, "A terrible day for literature, for freedom of speech and for authors everywhere", and Hosseini condemned the attack by calling it "cowardly".

Horrified to learn that Salman Rushdie has been attacked at a speaking event in upstate New York. Wish him a speedy recovery.

I just learned that Salman Rushdie was attacked in New York. I am really shocked. I never thought it would happen. He has been living in the West, and he has been protected since 1989. If he is attacked, anyone who is critical of Islam can be attacked. I am worried.

I hope Salman Rushdie is okay.

A terrible day for literature, for freedom of speech and for authors everywhere. Poor poor Salman: I pray he's not hurt and recovers quickly https://t.co/JX5LGTMk5L

I’m utterly horrified by the cowardly attack on Salman Rushdie. I pray for his recovery. He is an essential voice and cannot be silenced.

I'm shocked and distressed to see my friend @SalmanRushdie has been attacked before a talk. He's a good man and a brilliant one and I hope he's okay. https://t.co/URkHxLGE7o

We are deeply shocked to hear of the brutal and unprovoked attack on Sir Salman Rushdie in New York State today. We condemn the senseless actions of his attacker and send our thoughts and best wishes to Salman.

Also Read: Make room for the young: Here’s how study spaces in Colaba and Worli are helping students