Planning a trip to New Zealand? Capture these beautiful landscapes while you are there

During this time of the year between September to November, New Zealand is in the spring season and will often feature the lupin - a beautiful blue/purple flower abundant in many of the national parks 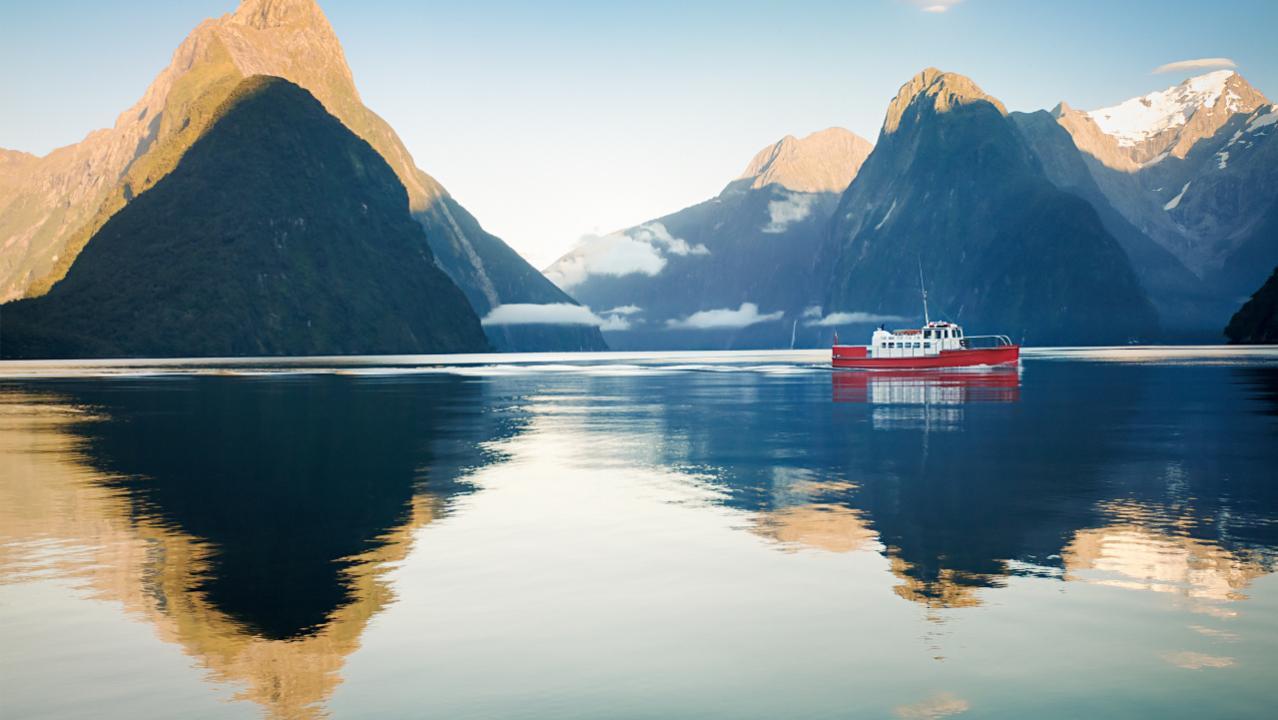 
From magnificent mountain peaks to wild coastal beaches and vibrant urban centers, New Zealand is a photographer's dream in every way. Year-round, majestic vistas and evergreen forests present numerous possibilities for capturing stunning imagery. The diversity of the landscapes that can be captured here is unlike anywhere else on earth - the photo opportunities are endless.

In summer, take advantage of the long days and warm, golden light. As summer turns to autumn, the crowds disappear leaving open countryside with clear crisp blue skies. Snow-capped mountains, misty landscapes, and flowing waterfalls are the hallmarks of winter. In spring the return of warmer weather brings a stunning display of wildflowers mixed with frolicking wildlife. Here are some great tips for photography in New Zealand through their majestic seasons:

Capture the warmth of the pleasant summer breeze during spring (September - November)
Spring is one of the perfect seasons to click images that carry a pleasant summer breeze. Spring in New Zealand is a great time for photography, and there are a number of different interesting subjects to point your camera at. Photos of New Zealand in spring will often feature the lupin - a beautiful blue/purple flower abundant in many of the national parks. New Zealand has around 200 species of fern, the fern 'koru' is often photographed - this is the tightly rolled spiral shape of new fronds or leaves. Another popular subject amongst photographers visiting in spring, is the Aurora Australis, or Southern Lights. The phenomenon is visible quite often in winter and spring, and with the temperatures rising, spring is a more pleasant time to stand outdoors with your camera late at night.

Photograph sunshine and playful wildlife during summer (December - February)
Summer in New Zealand sees the Fiordland crested penguin returning to Milford Sound on the South Island's lower West Coast. New Zealand fur seals and several species of dolphin can also be spotted there at this time of year, so it is recommended to grab your camera and test out your eye for a wildlife snap in Fiordland National Park. The great thing about photography in a setting as beautiful as Milford Sound is that if the wildlife aren't playing ball, or you can't get close enough, the sheer cliffs of granite, plunging into the dark depths of the sound make for some incredible and equally rewarding captures. In picturesque Queenstown, keep an eye out for the warm light of the long days in the Wakatipu Basin, sunsets there are often amongst the most impressive on the planet. For those who like their subjects a little more adventurous, why not go find the rope swing at Lake Hayes, or 'Little Thailand' on Lake Wakatipu, and snap people throwing themselves bravely into the refreshing waters of the lakes around the Queenstown area?

Frame the auburn leaves captured during Autumn (March-May)
Autumn in New Zealand is a beautiful time of year to capture some beautiful tones of red and yellow. The deciduous trees turn from green to red, orange, and yellow, and the ground is blanketed in different shades of autumn leaves. The small gold mining settlement of Arrowtown, in the Wakatipu Basin near Queenstown, is arguably the best spot in the country to capture the changes in the autumn season. Beautiful, traditional wooden storefronts characterize the main street of Arrowtown, alongside the majestic poplars shedding their spring and summer leaves as the temperatures fall.

Capture the snow paradise during winter (June - August)
Crisp, clear blue skies, snow-capped hills as far as the eye can see, and icy blue lakes describe winters in New Zealand. New Zealand's North Island is characterized by its geothermal activity, and its famous volcanoes include Mt Taranaki, Mt Ruapehu, Mt Ngauruhoe, and Mt Tongariro. They are mighty impressive in the winter, and when blanketed with fresh snowfall there are few mountains in the world that look more impressive. A visit to the Chateau Tongariro in the UNESCO World Heritage site of Tongariro National Park gives an opportunity to photograph the unique architecture of the Chateau, with the backdrop of snow-covered volcanoes, and we don't think there's anything quite like it anywhere else on Earth.

With the borders being opened to all, it's time to visit New Zealand and discover the photographer in you.

Next Story : Visiting Portugal soon? Use these tips to explore its rich cuisine