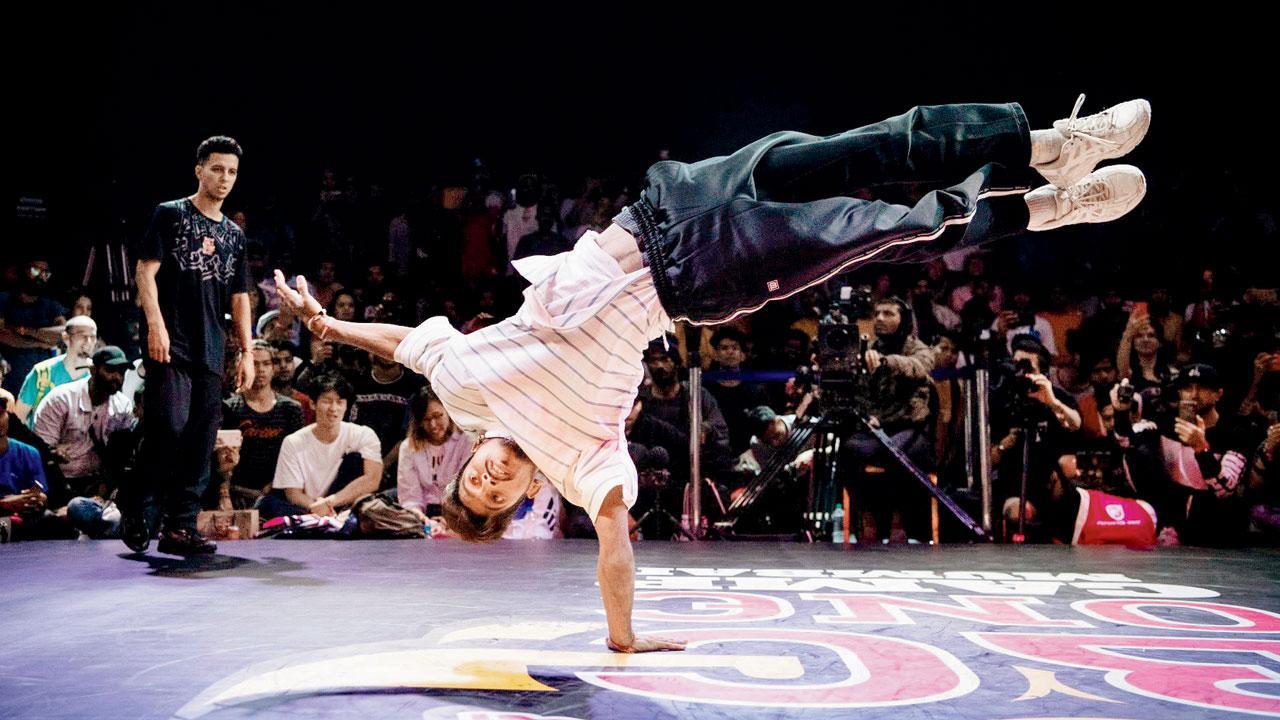 B-Boy Tornado shows off his moves at previous cyphers


When Ramesh Yadav aka B-Boy Tornado answers our phone call, we’re happy to hear a crisp and clear voice greeting us from the other end, considering we were expecting Wi-Fi issues. He’s speaking to us from The Netherlands where he’s participating in The Notorious IBE, an international hip-hop dance festival founded in 1998 that’s being held annually in Heerlen since 2008. It’s 5.30 in his part of the world, and we catch him just before a four-hour journey to the competition venue for his breaking battle. With daily eight-hour practice sessions in preparation for competitions, it’s not easy to navigate a new city, language barriers, and long commutes while prepping one’s mind to enter into a physically demanding cypher. “Yes, it requires time, and practice, especially now to acclimatise my body to a new location and weather condition. But whatever it is, I want to dance. And the good thing here is that you can practise anywhere in public; no one will chase you away,” Tornado shares. But we’re not here to discuss this hip-hopper’s international conquests. Back home, Tornado has already founded and launched his own dance festival Young Rebelz, in Mumbai. 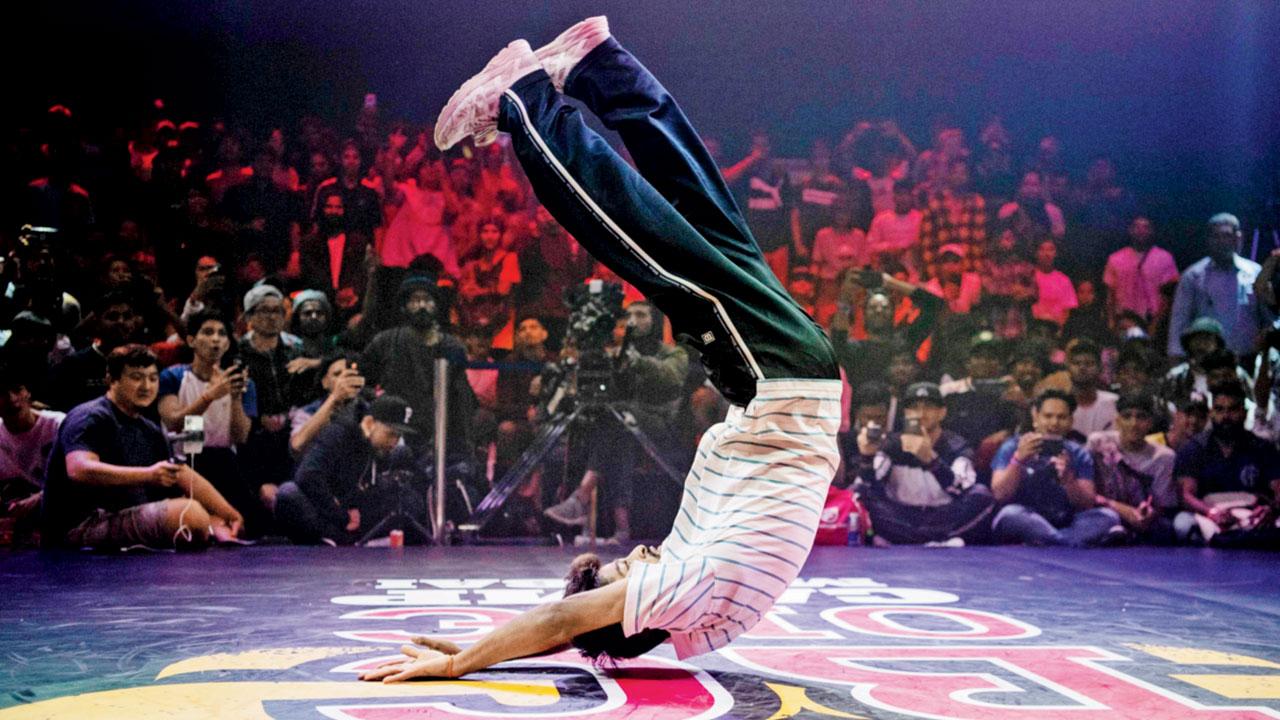 The festival was launched in July, after ruminating on an idea for a platform that champions the next generation of hip-hoppers; those who, as Tornado says, are great dancers but may not be as well-known as the more established artistes. It’s been a year since the idea was first seeded including six months of organisational preparations. The 24-year-old shares that the aim is to benefit the hip-hop community in a much more wholesome way than ever before. “Everyone should be comfortable,” he states. Young Rebelz will highlight dance and artistry over profit. The participants and judges will stay together through the two-day contest so that everyone can mingle with and learn from one another. Tornado has been a prominent figure in Mumbai’s breaking community for a decade, and this move is a great way in which he can lay the path for younger contemporaries and young talent to further make a name for themselves. The breaker hopes that Young Rebelz will take participants to newer heights. “I would love to create further, and dance with them,” he adds. 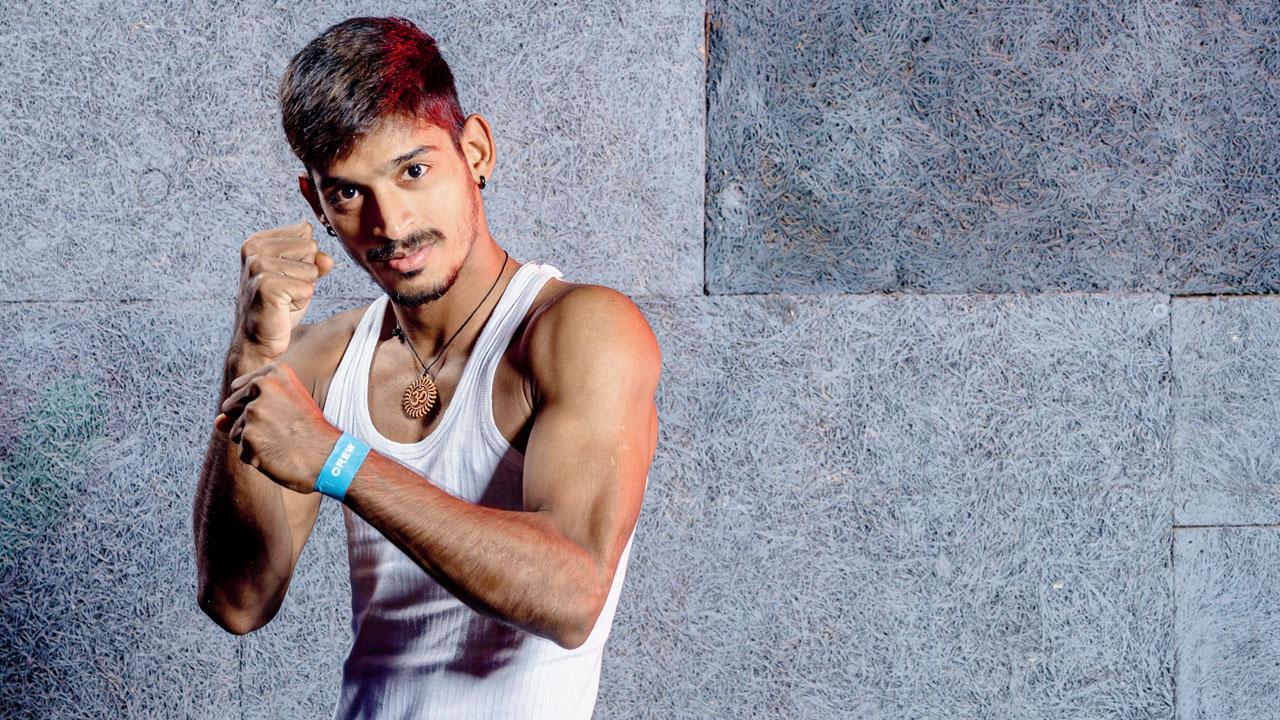 The categories in the festival include battles in hip-hop, rep your style — which is a free-flowing category, solo, duos and crew battles in breaking, and a surprise category that even the organising team, comprising Tornado’s students, don’t have a clue about. The only thing that can be revealed about it now is that it’s going to be a lot of fun. The two-day event is already packed with much to look forward to, including 400 participants from across India, 17 artistes including emcees, judges and DJs,  artiste performances, and cash prizes that go up to R30,000. Among the judges are the exceptional B-Boy Nevermind, Invoker, B-Boy Diamond, Bedroc and B-Boy Example. Registrations are open; if you think you’re a young rebel, sign up.