Police said around 12.30 pm, Tanish Mahadik, who had just returned from school, was eating lunch while watching TV. The incident happened in Virar 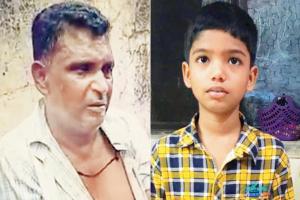 
An 11-year-old boy has become a hero of sorts in his locality in Virar West after he grabbed hold of a 52-year-old thief who was trying to escape with his mother's necklace.  Police said around 12.30 pm, Tanish Mahadik, who had just returned from school, was eating lunch while watching TV.

His mother had gone to drop his sister to school. Someone knocked on the door and when Tanish opened it, told him he had come to repair the gas pipeline. Tanish told him to come back later. But the man, later identified as Abdul Gafar Khan, returned a few minutes later and when Tanish opened the door, barged into the house. He then threatened Tanish and went into the bedroom.

Also Read: Man hides in house after being chased by dog, killed on suspicion of being thief

When he returned with Tanish's mother's gold necklace, the boy grabbed it and a scuffle ensued. Meanwhile, Tanish's mother Divya had reached home and she, too, joined the fight, but he threw her off and ran. Neighbours then chased and caught Khan and handed him over to the local police. Khan confessed to his crime and the police recovered the gold necklace from him. He was not carrying any weapons.