The duo has been booked for rape and abduction under relevant sections of the IPC and also under the Protection of Children from Sexual Offences (POCSO) Act, the police officer said 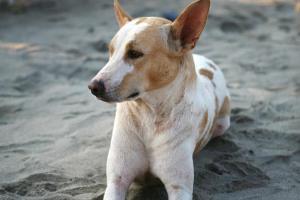 
The pet dog of a 14-year-old girl attacked and bit one of the two men who allegedly raped her near here in Madhya Pradesh, forcing them to flee, police said today. The incident took place on Friday night in Kareela village of Sagar district, a police officer said, adding the duo was later arrested.

On the night of the incident, the minor girl went out of her house to bring fodder to create smoke for keeping mosquitoes at bay, Motinagar police station in-charge Vipin Tamrakar said. As she came out of the home, two persons, identified as Aishu Ahirwar (39) and Punit Ahirwar (24), overpowered her and took her to a nearby deserted hut at a knife-point, where they allegedly raped her, he said. The girl shouted for help and her pet dog reached the spot and bit Aishu Ahirwar on his leg.

The accused attacked the dog with the knife but the dog continued to bark, Tamrakar said, quoting the victim. The victim freed herself from the clutches of the accused and ran towards her home. After hearing the noise and the dog's continuous barking, people from nearby homes rushed towards the hut, forcing the duo to ran away, he added. The victim's family filed a complaint on Saturday following which the two were arrested yesterday, he said. The duo has been booked for rape and abduction under relevant sections of the IPC and also under the Protection of Children from Sexual Offences (POCSO) Act, the police officer said.

Next Story : 14-year-old boy sentenced after 7-hour trial for rape of minor girl