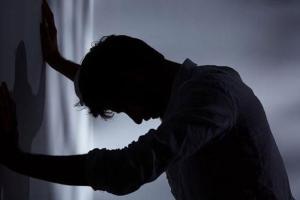 
A Mumbai-based magistrate court on Tuesday convicted a travel firm employee after he was found guilty of groping a woman at Chhatrapati Shivaji Maharaj Terminus (CSMT) in 2012. The accused identified as Kailas Pahadi (30) was sentenced to two years of rigorous imprisonment and fined Rs 10,000, of which Rs 8,000 will be given as compensation to the victim.

Also Read: Husband kills wife's ex-lover with whom she had affair 20 years ago

According to a report in the Times of India, the court observed that Pahadi's act impacted the victim's mind and broke her confidence. The survivor worked in a private firm at CSMT and lived at Dombivli. In her complaint, the woman alleged that she was boarding a Karjat local from CSMT on February 15, 2012, when she was groped.

After spotting a man behind her, the woman questioned him as to why he had done so but the man got into a general compartment adjacent to the ladies' first-class coach that she was boarding, according to the complaint filed. When the woman told her co-travellers about the incident, one of them dialled the RPF helpline when the train reached Kanjurmarg. At Dombivli station, RPF personnel arrested the accused.

Before the court, the defence counsel claimed that there were inconsistencies in the deposition and the FIR. The FIR mentioned the accused was caught red-handed by commuters but he escaped and boarded the adjacent coach. On the other hand, her deposition and FIR also differed in terms of where he had touched her, the counsel argued.

Also Read: Woman molested on local train by man who saved her from armed chain-snatcher

However, the court observed that the victim's version was corroborated through the testimony of a witness, Nalini (name changed), who had accompanied her. Nalini told the court that she and the victim had been groped in the past but on February 15 the victim spotted the culprit. She further said that the victim and co-travellers caught the accused but he escaped. The victim also noticed the accused board an adjacent general coach, Nalini said before the court.

Countering the victim and her co-travellers statement, the defence counsel argued that despite the fast train halting at stations between CSMT and Dombivl, no attempt was made to nab the accused then. To which, Nalini stated that they had been trying helplines but the numbers were busy.

The defence counsel also put on stand three colleagues of Pahadi from the travel agency who said he was hardworking, dedicated, respected women. The three also said that there were no complaints against him from female colleagues at the workplace.

To this, prosecutor Gautam Gaikwad added, "But they said during cross-examination they did not know about his personal life." Further the magistrate Vijay Kedar observed, "The prosecution cited positive evidence that the victim saw the accused in the act and this has been corroborated by the other witness and FIR. So, the evidence cited by the accused in his defence will not help him."

Senior inspector Rajendra Pal said efforts would be made to prevent molestation cases at the railway terminus.