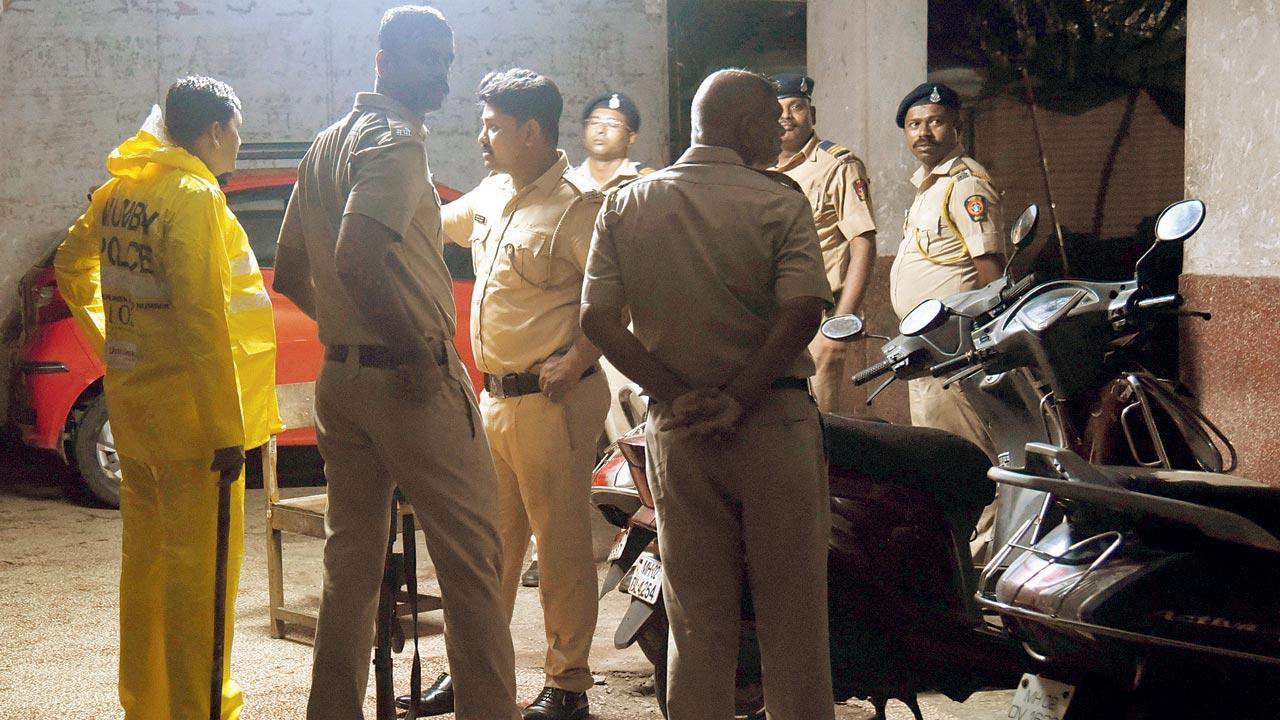 The police at Dalvi bungalow on June 29 when the bodies were found. Pic/Nimesh Dave


The Kandivli police on Wednesday recorded the statement of Ashish Dalvi, the husband of murder victim Kiran. He is said to have revealed to the police that there were problems between the couple.

Kiran and her daughter from her first marriage were murdered by their driver and her minor daughter, Bhumi, on June 29. The duo later hanged themselves.

Dalvi denied having any knowledge about his teenage daughter's plan to kill Kiran and stepdaughter Muskaan.

Also read: She was no more than my friend, says alleged boyfriend of murdered woman

Dalvi reached the police station at 12, and Inspector Deepshikha Ware recorded his detailed statement, after which he left around 4:30 pm.
According to the police, Dalvi admitted that he had issues with his wife. The police refused to reveal details to the media. He denied having any knowledge about his minor daughter's plan to kill her mother and stepsister, said an officer from Kandivli police station.

When a police officer asked him about accused driver, Shivdayal Sen, he said Sen was close to his family. “He worked with him for years and was a trusted employee. Dalvi is still in shock and still cannot believe that Sen would do such a thing,” the police officer said.

When this reporter asked Dalvi about his daughter, Bhumi, he immediately folded his hands before him and started weeping. He left saying he did not want to talk about anything anymore.