Khwaja Zarif Baba Sayed Zarif Chishti was a refugee from Afghanistan and had a YouTube channel which was his major source of income; six booked in connection with the murder 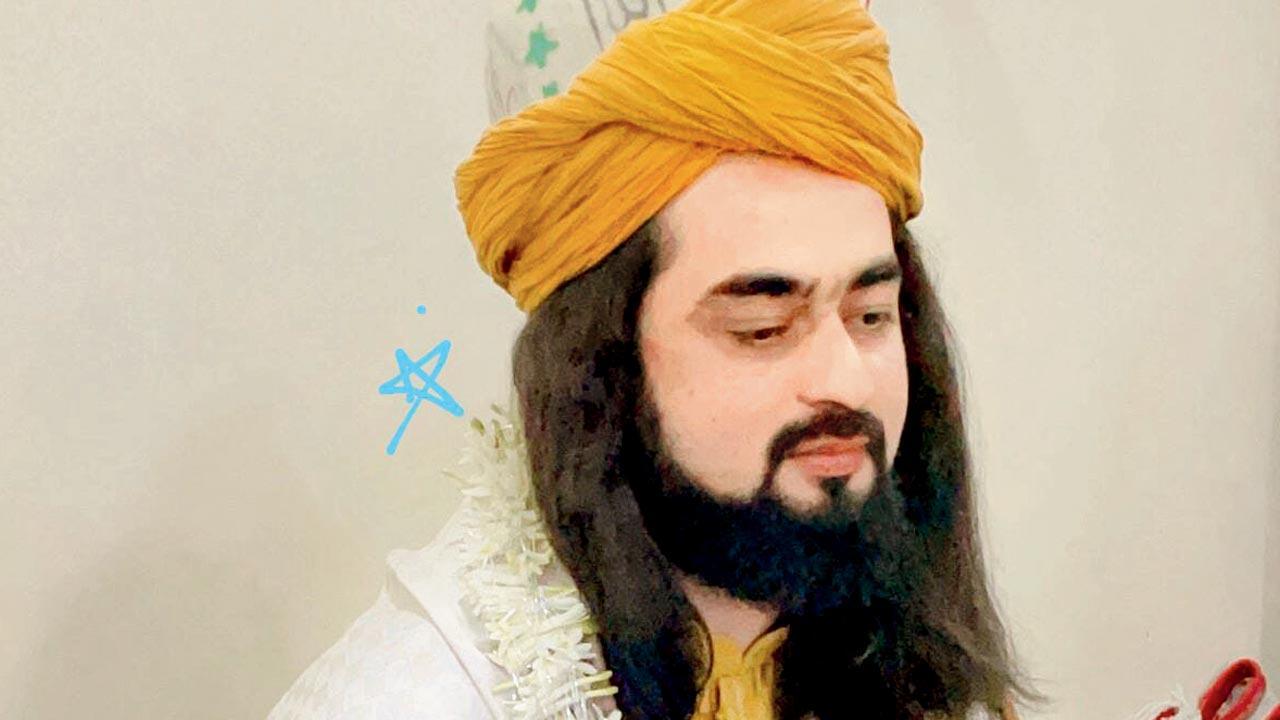 
A 28-year-old Sufi preacher from Afghanistan, living as a refugee in India, was shot dead at Yeola near Maharashtra's Nashik on Tuesday night. The deceased was identified as Khwaja Zarif Baba Syed Zarif Chishti, popularly known as Zarif Chishti Baba. Yeola city cops have booked six people in connection with the murder but are yet to make any arrest.

The incident took place on Tuesday night when Zarif Baba was en route to Kopargaon with his former driver Ravindra Tore, and two other men. While they were leaving Yeola, Tore received a call from an unknown person. He told Zarif Baba that there was a plot at Chinchodi Khurd MIDC, and the owner wanted him to perform religious rituals for it.

Afzal Ahmed Khan Kurban Khan, 34, Zarif Baba's current driver and a witness said in his statement to the police, “When Tore received the call, and we had crossed hardly 2-3 kilometres, two persons on a bike met us and they led us for some distance and two more persons on another bike met us. They took us to an agricultural plot where Zarif Baba got down from the car, performed the rituals and came back to the car, said Khan.

“It was around 7.15 pm, when Zarif Baba sat in the car next to me. On the back seat were my brother Gafar and Tore. Suddenly, one of those who had led us on a bike to the plot, came towards the door besides the driver and shot Zarif Baba. He tried to fire at me, but the bullet grazed my earlobe. Tore and the other persons tried to beat us up, but me and Gafar managed to run away in the dark" Khan added.

The Khan brothers claimed they went to a nearby village and started shouting for help. Villagers came back with them and took injured Zarif Baba to a nearby hospital where he was declared dead on arrival. Khan said Tore and the others had left with the car and thrown Zarif Baba out of it.

According to the Nashik police, Zarif Baba was fired in his head at point-blank range and died on the spot. The Yeola city cops have filed a case against six persons including Tore, Pawan Aher and Ganesh Patil (the latter two were identified) and 3 unknown persons under IPC Sections 302 (murder), 307 (attempt to murder), 34 (common intention) and relevant sections of the Arms Act 1959.

According to the police, Zarif Baba came to India four years ago as a refugee. He ran a YouTube channel in his name, which has 2.28 lakh subscribers. He was active on YouTube from April 2017 and had received more than 6 crore views to his 1,800 videos. The channel was also his major source of income.

“Apart from his YouTube income, he used to receive a lot of foreign donations. He had acquired land and vehicles, but since he was a refugee, the ownership of the property was with others. The total cost of his known property will be more than R3 crore," said a police officer.

“We found a woman who stayed with the deceased, and claims to be his wife. One of his sisters lives in Delhi and rest of the family is in Afghanistan. Prima facie, it looks like an act to usurp his property, but we are yet to make any arrest,” said Sachin Patil, Superintendent, Nashik Rural.

The Nashik police have informed the Afghanistan consulate about the incident. It will inform his family for claiming the mortal remains.