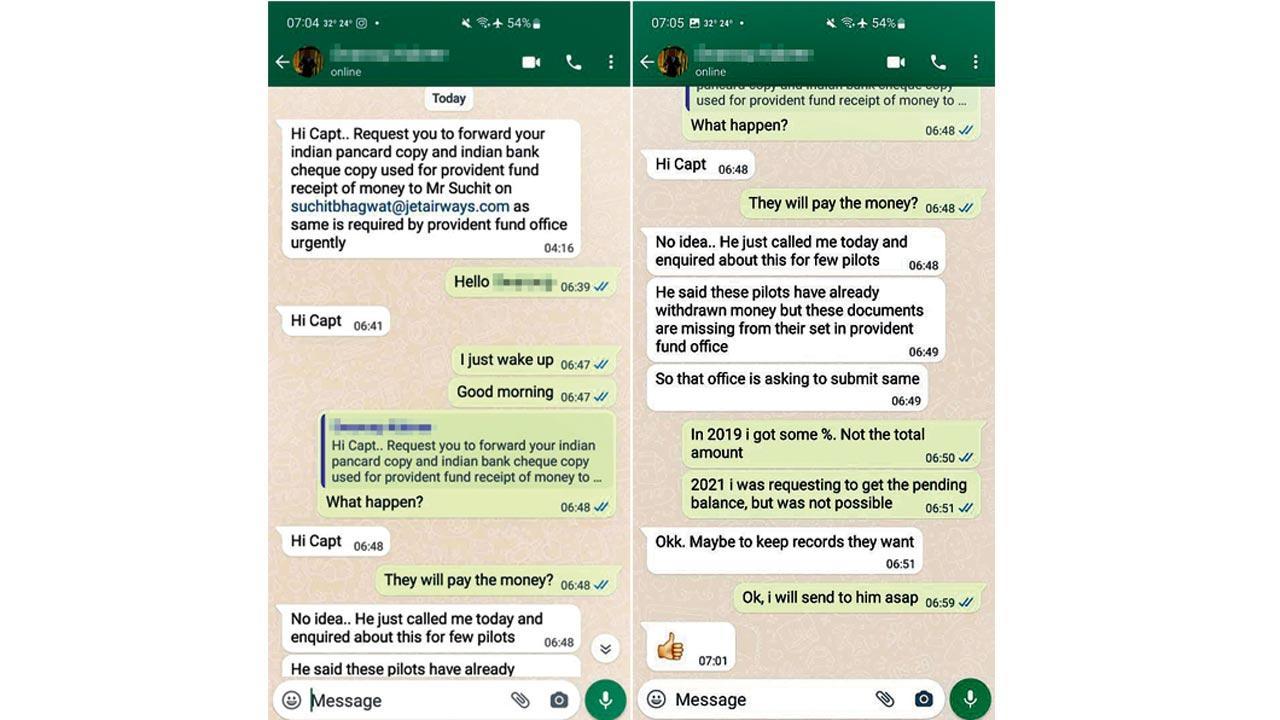 WhatsApp chats between a former Jet staffer and pilot


The Kandivli Provident Fund (PF) office is under the cloud of a multi-crore scam involving the PF settlement of several Jet Airways employees, mostly pilots. Sources have told mid-day that PF officials connived with the airline staff to siphon money off the accounts of foreign workers and destroyed vital documents. Amid demands for a CBI probe and with the EPFO sending a senior vigilance officer to Mumbai to investigate the scam, desperate efforts are being made to retrieve copies of the documents.

As pressure mounts for a forensic audit into the PF accounts of expatriate and domestic workers of Jet Airways, the Kandivli PF office suspended a senior official—Social Security Assistant Machindra Bamne—on August 18 for allegedly receiving kickbacks. 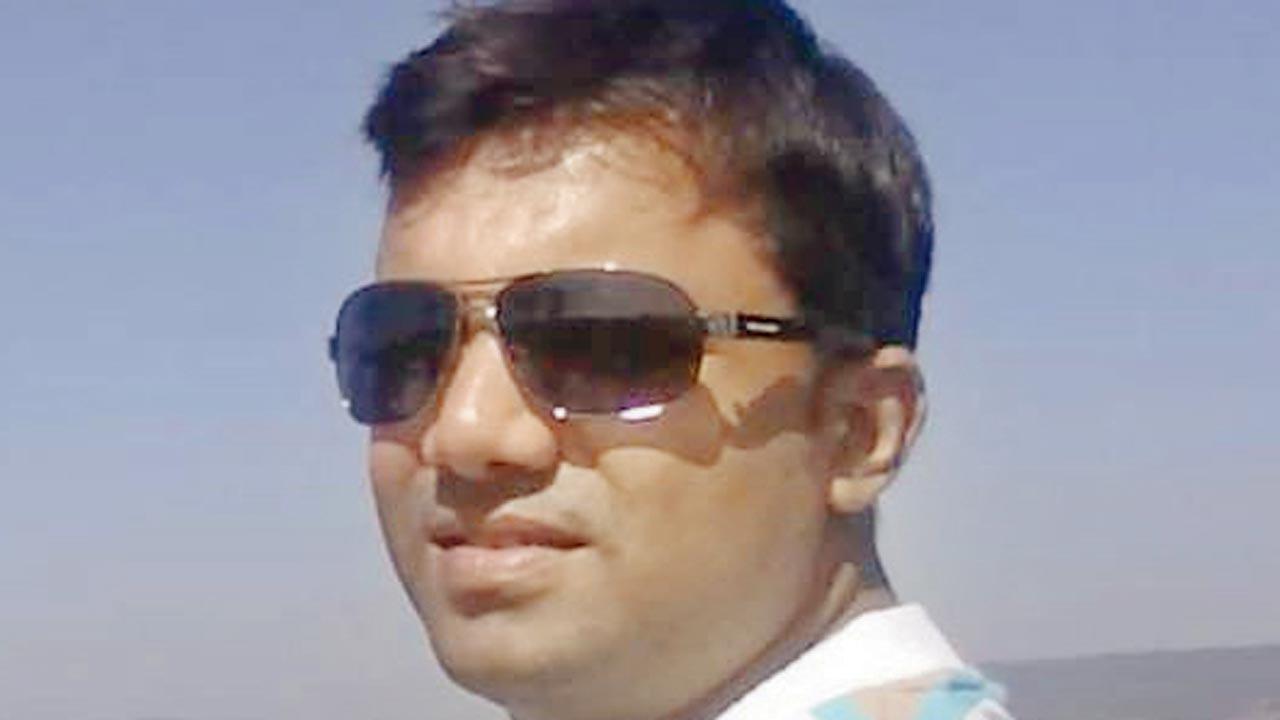 Sources told mid-day that Bamne violated PF rules for international workers in connivance with his senior colleagues at the Kandivli regional office and insiders at Jet. After siphoning crores through bogus claims, those involved in the scam destroyed several documents. “Now, Jet Airways is contacting the pilots to send copies of Indian PAN cards and Indian bank cheques for PF recipt of money. The foreign pilots have been asked to send their vital documents to suchitbhagwat@jetairways.com,” said a source.

“The multi-crore loot started in 2019 but it gained momentum during lockdown period,” said another source at EPFO.

mid-day has WhatsApp chat details between a former Jet employee and a pilot, who was asked to send the documents that are missing at the PF office. 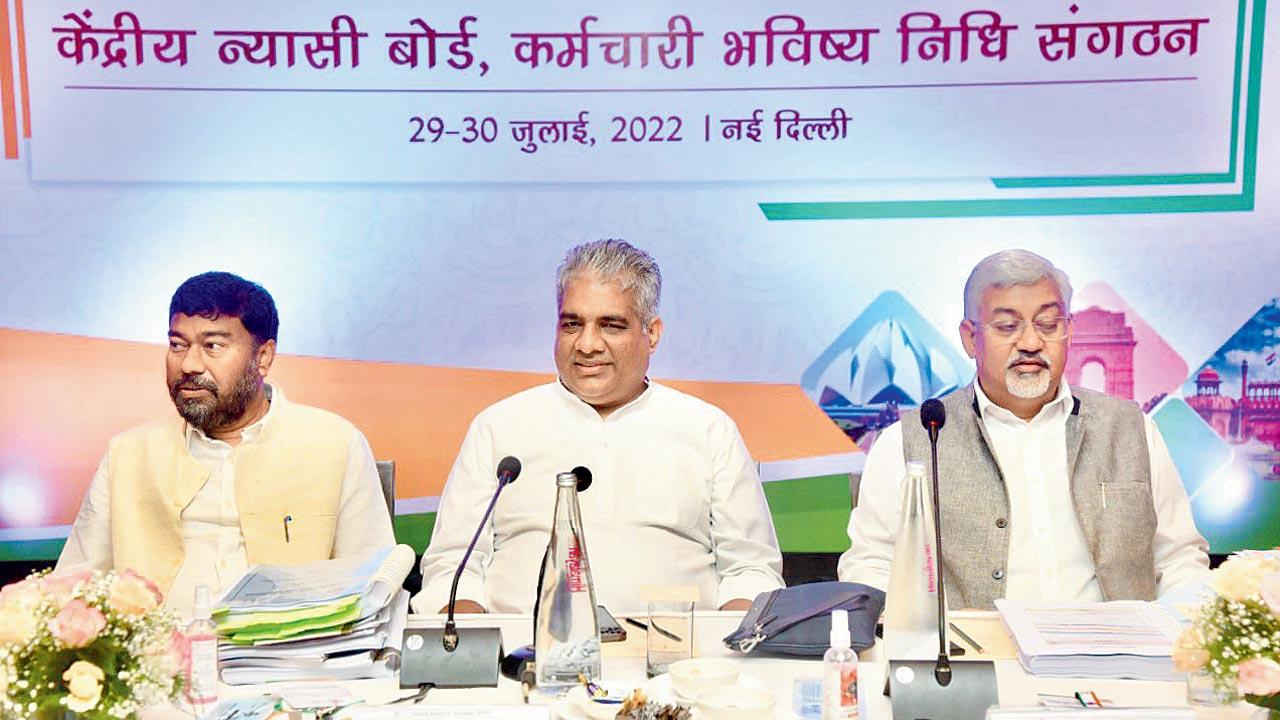 A WhatsApp chat between a former Jet employee and a pilot reads, “Hi Capt…request you to forward your indian pan card copy and indian bank cheque copy used for provident fund receipt of money to Mr Suchit on suchitbhagwat@jetairways.com as same is required by provident fund office urgently’.

When the pilot asked, “what happened, will they pay money?,” the former employee replied: ‘no idea… he just called me today and enquired about this for few pilots.”
‘He (Bhagwat) said these pilots have already withdrawn money but these documents are missing from their set in provident fund office. So that office (EPFO) is asking to submit same (sic),’ reads the chat.

The pilot replied: ‘In 2019, I got some per cent. Not the total amount. 2021 I was requesting to get the pending balance, but was not possible’. 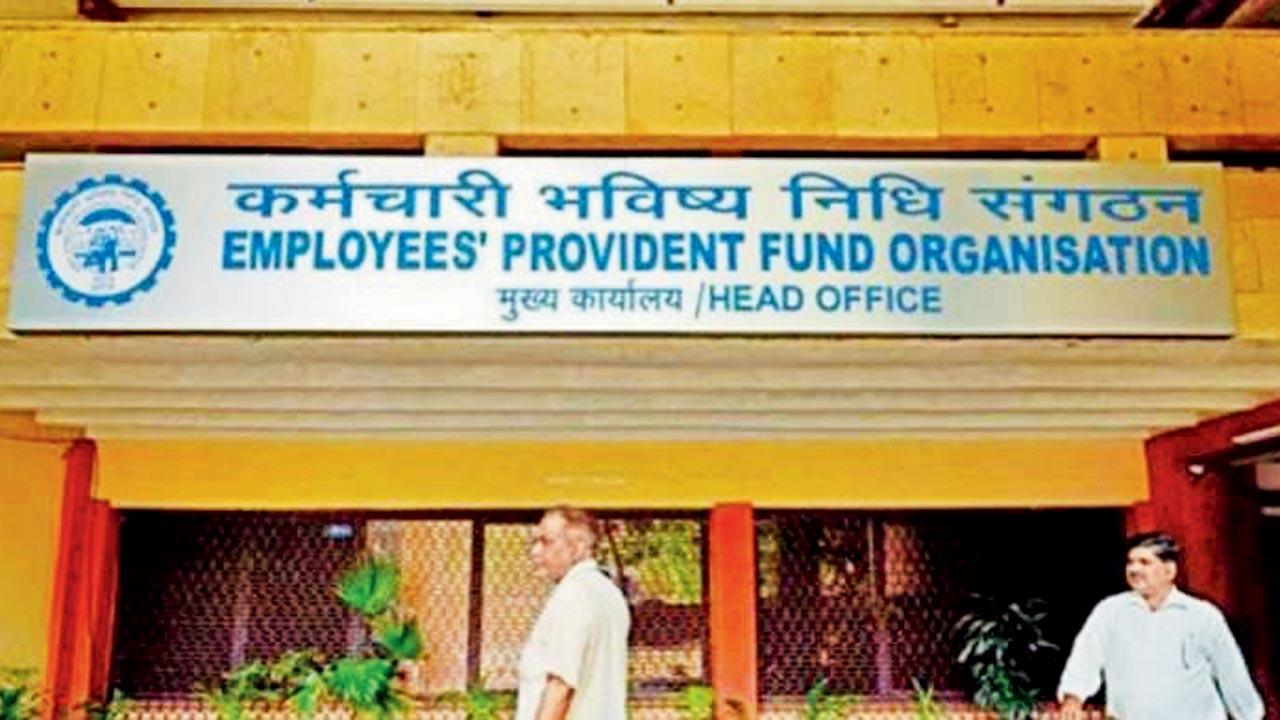 “After illegally settling the PF accounts of foreign national pilots of Jet Airways, their vital documents were destroyed. The PF Commissioner is the legal custodian of these vital documents. When the matter was raised by Central Board of Trustee members during a two-day meeting with senior IAS officials and Labor Minister on July 29 and July 30, the Chief Vigilance Officer was asked to conduct the investigation,” said a source in Delhi.

Trustee member Sukumar Damle said, “The issue of Jet Airways was raised in the meeting and people talked about the underarm dealings. It’s a matter related to the Kandivli branch. I have heard that such a thing has happened and people who are foreign employees, their PF amounts are siphoned off by the scamsters.”

Another member, Prabhakar Banasure, said, “I was present in the meeting. I have demanded for the forensic audit of PF accounts of Jet Airways.”

Though chief vigilance officer (CVO) Jeetendra Khare will investigate the case, officials at the Kandivli PF office and a few trustee members cast doubts on the outcome.

“Since the CVO will be assisted at the Kandivli branch by the same officials who are trying to suppress the matter, we cannot expect a fair investigation. So, it must be handed over to a third party like CBI to conduct a thorough investigation as many white collars are involved in this scam,” said a source, adding that the suspension was made after the matter blew up.

mid-day has a copy of Bamne’s suspension order which says he “received illegal gratification from some members into his bank account for settlement of PF claims related to employees of Jet Airways”. It has been signed by Sudhir Ganvir, Regional Provident Fund Commissioner, RO, Kandivli.

Ganvir asked mid-day, “Who has informed you? There is no issue as such actually. It is just rumour mongering going on. There is no issue as such. I have joined this office one year back.” He sought to explain, “Jet Airways has stopped functioning and has gone to National Companies Law Tribunal. Now the NCLT has given the direction to some third person to run it. I am the in-charge of this regional office but there is no issue of a PF scam. Somebody is trying to malign the image of the PF office.”

About CVO’s visit to Mumbai on Monday, Ganvir said, “He is coming here to conduct review of Thane zone. It’s a regular review. There’s no issue of Jet Airways at all.”
When asked if there was no issue, then why Bamne was suspended, Ganvir took a pause and said, “He has been suspended due to his own action, it has no relation to Jet Airways…it is an official matter. He [Bamne] was settling the PF claims of Jet Airways. And while settling the claims, he accepted money from some employees. I can 100 per cent assure you that there’s no scam as such.”

When asked about the efforts to retrieve the documents of a few former pilots of foreign origins, Ganvir said, “No, there are no documents missing in our office.”
Ganvir said he was informed R1 lakh was reflected in Bamne’s account.

Bamne told mid-day, “I am not in a condition to talk as my wife is unwell.”

Sources said a Kandivli-based firm, which is being run by Nilesh Kapadia, an ex-employee of EPFO, has been taking care of all the PF-related work for Jet Airways. Kapadia denied that he was doing any consulting work.

‘No mails from expats’

Suchit Bhagwat, senior executive from Jet’s finance department, said, “I am not aware of any scam as such. Nothing is in my knowledge.” When asked if there was any communication with EPFO’s Kandivli branch regarding the alleged scam, Bhagwat said, “There is no communication from EPFO official as such, else they would have surely communicated with me.”

When asked, if he has started receiving mails from the international employees of Jet Airways who are being contacted by a former employee of the airlines, Bhagwat said, “No…I am 100 per cent sure that I have not received any mail from expats. But if their mails landed in spam folder, I am not sure because I have not checked my spam folder yet….I will check and you know…”

Bhagwat did not respond to the calls afterwards.

mid-day tried to contact Chief Executive Officer Sanjiv Kapoor, its legal team head and the head of the resolutionary professional team of Jet Airways. They did not respond to the our messages and calls.

18
Day of this month when the PF staffer was suspended