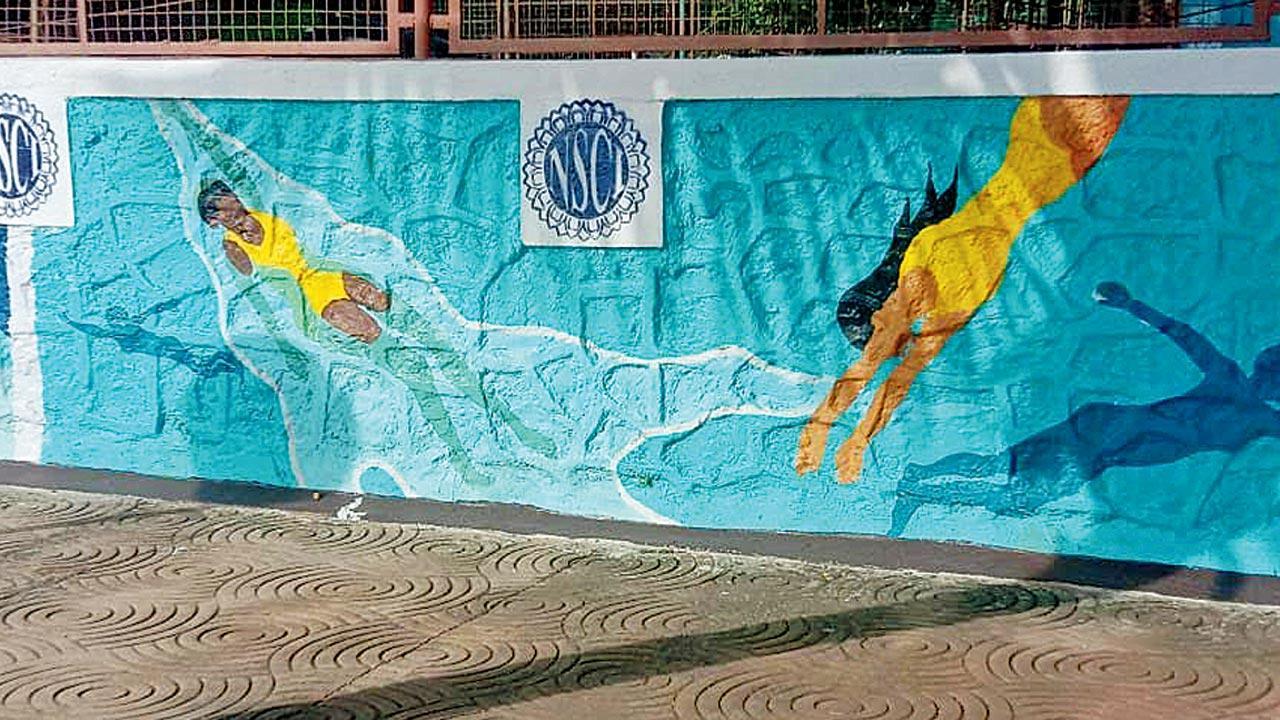 
Life in the fast lane just became more colourful for commuters, car passengers and walkers. The National Sports Club of India’s (NSCI) boundary wall with its entry and exit gates has been painted by a team of artists, accentuating the ‘sports’ in the club’s name.

The Worli wall, visible as you zip down from Worli towards Haji Ali and further South, has a number of sports panels, “where we have highlighted the sports played within the club,” said artist Suniel Chaudhri, who led the effort. 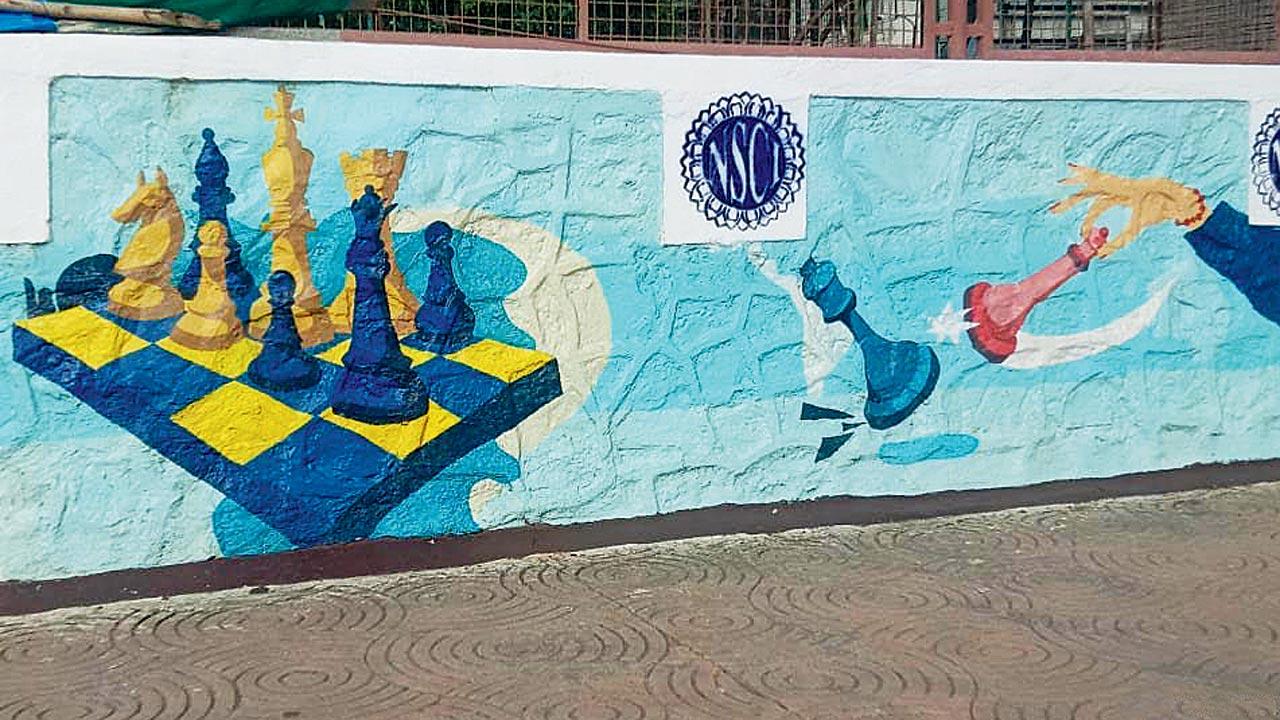 Chess gets its place

The Dombivli artist had a team of six JJ  School of Art alumni working on the art panels, as he led the effort. “We worked for a month,” said Chaudhri who is a JJ alumnus himself.

‘Harmony with the water’

“When we work just opposite the sea, we have to see that the colours are in harmony with the water. I believed there had to be a combination of bright and white,” he explained.

Chaudhri first made a list of 12 sports and decided they had to be represented graphically. The panels where they are painted are approximately 8 ft in breadth and 6 ft in height. “In places we had to fill some parts of the wall, but eventually, we did have a workable surface, and a huge public canvas was ready. Rain meant intermitted interruption and we worked on relatively drier days and wrapped up a few days ago, with the entire effort taking about a month,” said the artists.

Chaudhri told the public to look at the progression of the work, from equipment, shadows, training, competing and finally winning. “This is a linear work with the trophies on the latter part of the wall. I want to send a message that Indians are, should aspire to, and can climb the sporting podium globally. We saw that during the Commonwealth Games and hope to do so with even more intensity in upcoming competitions. Most of all though, I wanted the painting to convey passion, how the athlete is extremely driven. That spirit and absolute zeal had to come through, that was my real endeavour and I hope I have achieved that to some extent,” Chaudhri stated.

Chaudhri has worked on several beautification projects with reference to infrastructure, creating designs for traffic islands and gardens. On the burgeoning wall art in Mumbai he said, “intentions are good, but sometimes all we have are a riot of gaudy colours and little thought about composition. I also believe that the public should get your message at once rather than try to decode it when it comes to public art.

“I can understand when children are told to paint a wall, but expect a higher aestheticism from trained artists. We must also see more respect from people, who tend to spit on walls, irrespective of whether there is art or not. I got into a verbal altercation with one person who spat ‘maava’ on the NSCI wall,” stated Chaudhri who said that walls that have been worked on, do need periodic touch ups. In the end though, the artists stated that their work for the NSCI club is in sync not just with the sporty club but overall, with greater sporting awareness of the times and a winning vibe all the way.

12
No. of sports represented on the wall