The Mumbai zonal unit of NCB in its crackdown on ganja supplies in the city seized ganja along with one car and apprehended two alleged traffickers. The total value of the ganja is approximately Rs. 3.5 crore, the NCB said 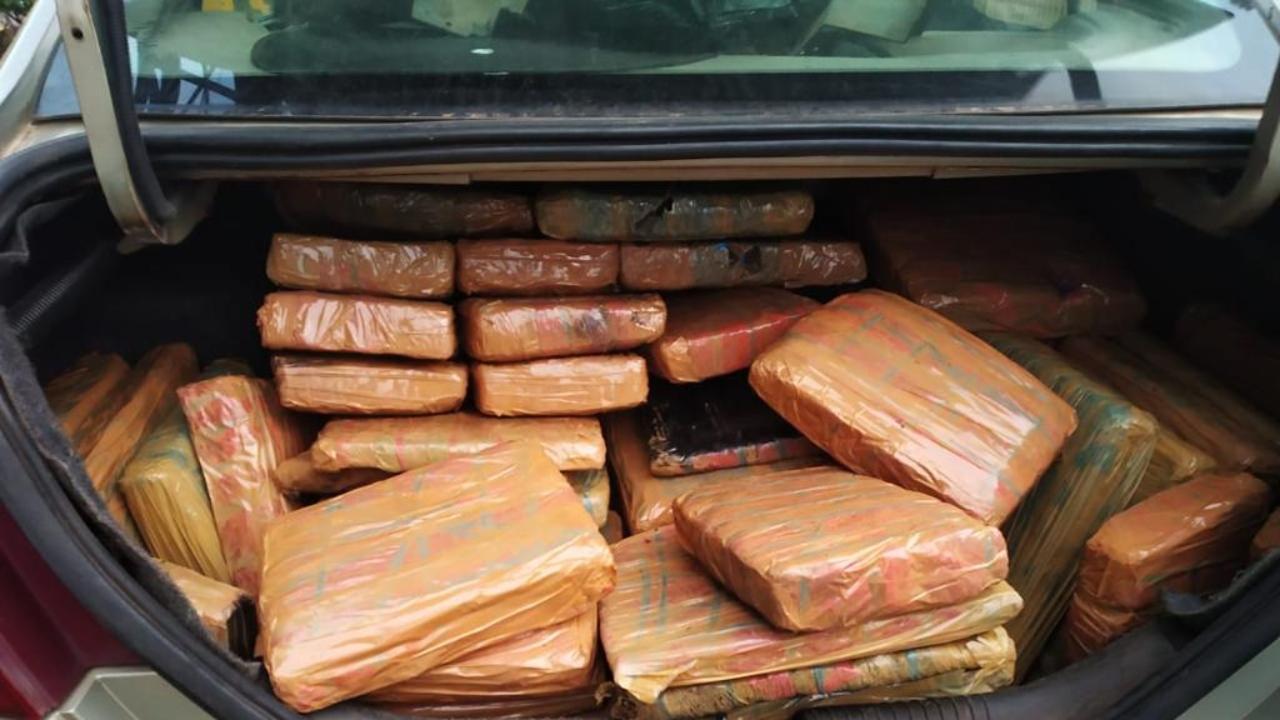 
The Narcotics Control Bureau (NCB) has seized a huge quantity of ganja, estimated to be around Rs. 3.5 crore, from Mumbai-Solapur highway after apprehending a vehicle with two people in the wee hours of June 27.

With the apprehension, the NCB has claimed to bust an important inter-state syndicate of drug smuggling.

According to the NCB, the Mumbai zonal unit of the central agency in its crackdown on ganja supplies in the city seized 286 kg of high grade ganja along with one car and apprehended two important traffickers. In a crackdown on the inter-state drug trafficking syndicate, NCB Mumbai with its relentless effort seized the ganja from Solapur-Mumbai highway.

"Intelligence had developed an inter-state drug trafficking syndicate planning for transportation of a huge drug shipment to Mumbai. Immediately, various enhanced intelligence networks were activated that further resulted in developing specific information about a vehicle which was to be used for the transportation of huge quantities of ganja sourced from Andhra Pradesh/Telangana," said an official.

The field operational teams came into action and placed a strategic layout on Solapur-Mumbai highway for two days and regular update of arrival of the vehicle was ensured. A suspicious vehicle with two occupants having similarities to that of information was spotted after which it was tactfully stopped on late night of June 26.

Upon its examination, it is found that 95 packets of brown coloured adhesive tapes were concealed in the car. Further, it was found that high grade ganja was compressed into these packets. A total of 286 kg of ganja was found in these packets which was seized and two people were apprehended, the NCB said.

The official added, "Preliminary investigation reveals the involvement of an interstate drug syndicate which has its tentacles spread across various states including Maharashtra, Andhra Pradesh and Telangana. The syndicate is involved with supply of drugs to about 20 odd drug peddling groups in Mumbai. This syndicate used to supply huge quantities of Ganja to at least 20 different drug peddling groups in Mumbai who later used to supply it in small quantities to consumers. It has also been learnt that the peddlers used to procure high grade ganja directly from sources in Andhra/ Telangana in bulk and supply to groups of street peddlers in Mumbai. With this operation, NCB Mumbai has successfully cut one of the major supply lines of high grade ganja to Mumbai city. Further investigation is in progress."