Trio would enter homes when residents were sleeping and steal; two of them had been arrested in Pune, the third was nabbed recently in Borivli 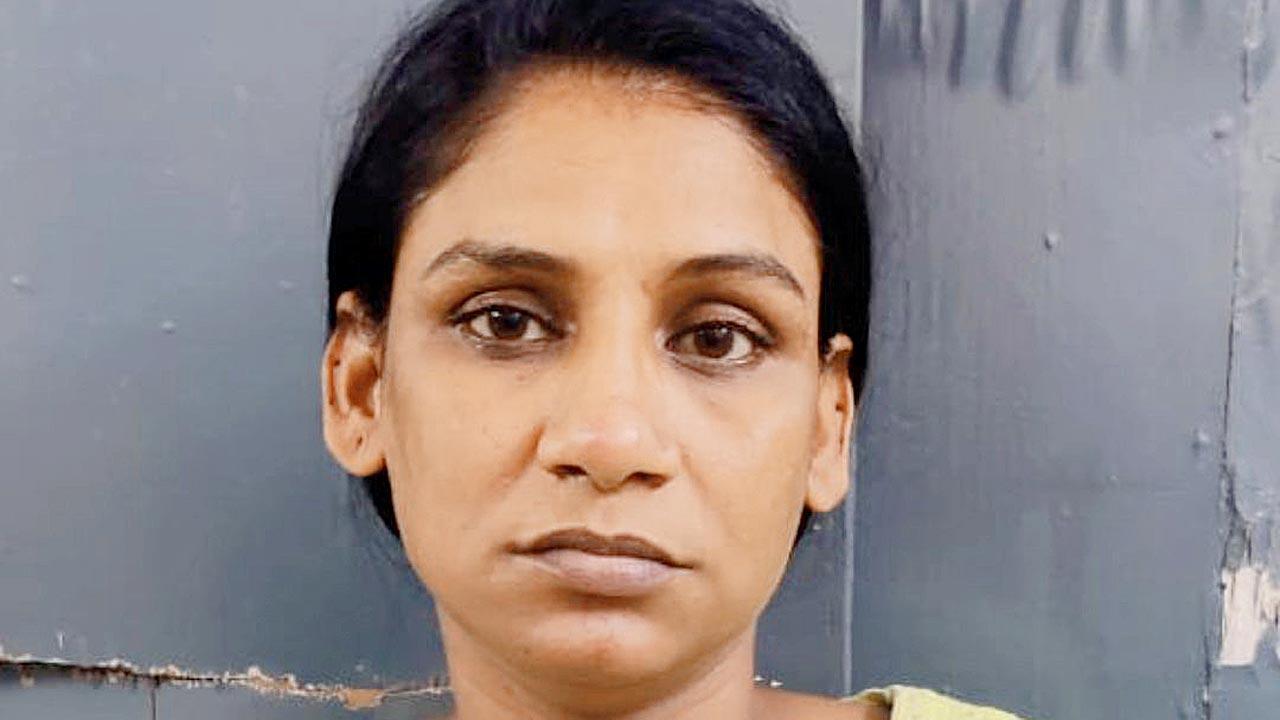 Shital Upadhyay was arrested from Borivli


The Borivli police recently arrested the final member of a gang of three sisters who stole mobile phones, gold jewellery and valuables across Mumbai. While two of them were arrested by the Pune police a few days back, the third, Shital Upadhayay, 36, was held in Borivli. The police said the sisters would roam around in the afternoon zeroing in on buildings or chawls to rob. Upadhyay is a resident of Kurla west. She is involved in many such cases at Juhu, Versova, Andheri and Goregaon.

Police said on September 24, a Borivli resident, Prajakta Saraf, stepped out to go to the market and her 72-year-old mother Nivedita was home. Prajakta had kept the door unlocked and Upadhyay entered and found Nivedita sleeping. The police said Upadhyay fled with the jewellery worth Rs 8.30 lakh.

Senior Inspector Ninad Sawant of Borivli police station said, “We formed a special team to investigate this theft and checked all CCTV cameras in the area. In CCTV footage we found Upadhyay roaming in the area and nabbed her there. During investigation we found that she is involved in dozens of such incidents and specialises in stealing mobile phones, jewellery, etc. from houses. We learnt that her entire family is involved in such crimes.”

Sawant said, “One of the sisters would stand outside the home and alert the others if someone was coming. Many victims said valuables went missing from their homes.”

Next Story : Man stabbed to death in Mumbai, 2 arrested