The arrested accused have been identified as Nadeem Fasopkar, Aftab Shaikh, and Imran Shaikh. 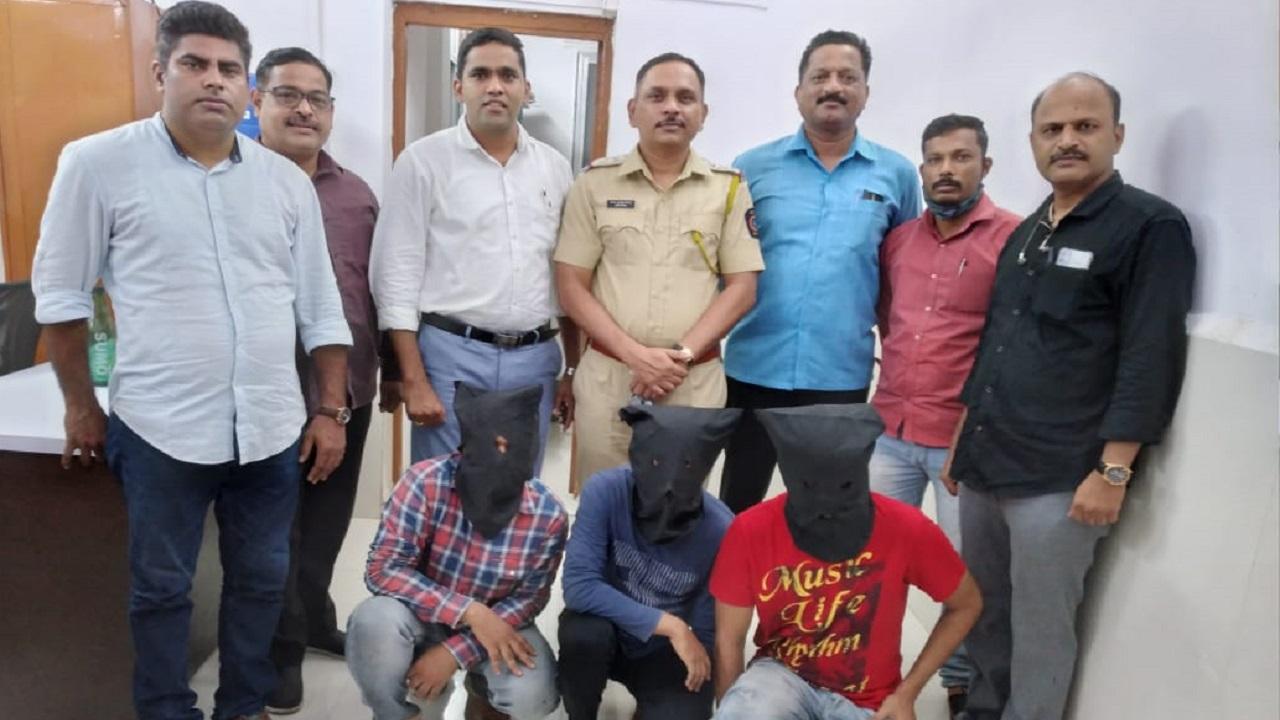 The arrested accused have been identified as Nadeem Fasopkar, Aftab Shaikh, and Imran Shaikh. Pic/Samiullah Khan


The Bandra police have arrested three people for allegedly making counterfeit notes after watching how it is done on YouTube. The trio had lost their jobs in the lockdown, the police said. The arrested accused have been identified as Nadeem Fasopkar, Aftab Shaikh, and Imran Shaikh.

According to police sources, the three arrested men are close friends. Aftab is an engineer by profession, Nadeem, a hotelier who ran his own hotels in Kalwa, and Imran worked as a supervisor with a private firm. All three lost their sources of income over the past year.

The Bandra police received information from an informant that three people were using counterfeit notes in Shastri Nagar, Bandra West. Under the guidance of Assistant Commissioner Vasant Pingale, Senior Inspector Manohar Dhanawade laid a trap with the help of Inspector A Nikam and Assistant Police Inspector Hemant Phad on Monday night and caught the trio with 76 fake notes of Rs 500.

During interrogation, the three revealed how they saw the fake notes tutorial on YouTube and Imran started making notes with the help of a printer at his residence in Jogeshwari. Aftab used to provide the materials and Nadeem was going to distribute the counterfeit notes in the slums, said an officer.

“We have booked and arrested the accused under various sections of IPC,” said API Phad. “We are trying to find for how long the accused have been carrying out this work and where they have circulated the fake notes,” he added.