Some people have approached the police, complaining that they received calls from people claiming to be senior city cops, who have warned of arrest over some social media posts. To make the case go away and avoid arrest, they asked their targets to pay a fine online 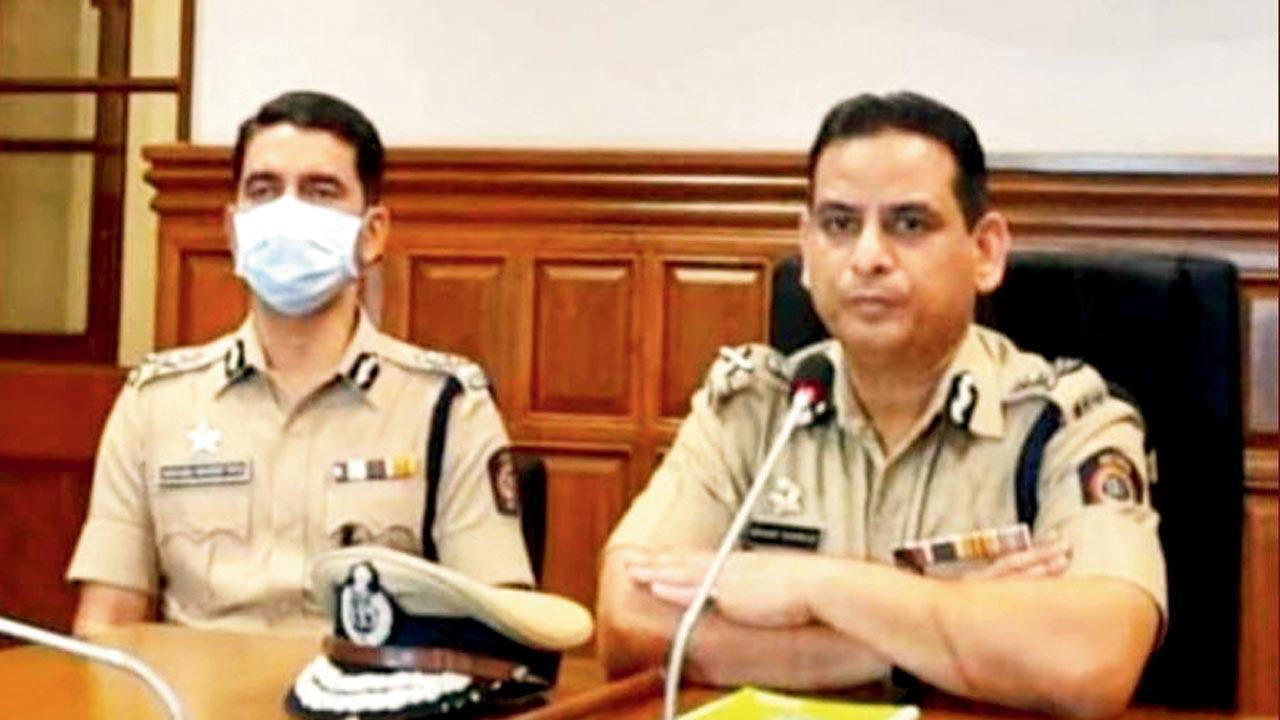 A photo of Joint CP (Mumbai) Vishwas Nangare Patil with (right) former CP Hemant Nagrale, which was sent to some of the social media users


Even as the city is dealing with an array of cyber crimes, with scamsters duping people in the name of electricity officers and loan recovery agents, some imposters are improvising their modus operandi. Scamsters are now targeting social media users posing as police commissioners.

Some people have approached the police, complaining that they received calls from people claiming to be senior city cops, who have warned of arrest over some social media posts. To make the case go away and avoid arrest, they asked their targets to pay a fine online.

The city police have so far received two complaints, one from a Bandra resident and another from a Kandivli resident.

Kandivli resident, 28, told mid-day, “On Monday, I got a call from an unknown number, and the call told me he was from the Mumbai CP office. He said that I uploaded a video on YouTube the day before and that it was illegal. He said it was a crime and I would be arrested. But I hadn’t uploaded any video and when I told him that, he said officers are coming to my home to arrest me and send me to jail for six months. I got scared and disconnected the call. The officer called again and asked me to pay a fine online to avoid immediate arrest. When I refused to pay, he sent me a photo of two cops on WhatsApp. I immediately dialled 100 and I learnt that the person was an imposter. I immediately reported the incident to the Kandivli police and they sent my complaint to the cyber police.”

The Bandra resident received a similar call on Friday, from the “Mumbai CP’s office. The caller told me that a relative of mine was arrested recently and was in jail, and I had to pay him Rs 21,000 for his release. He then sent me a photo of the former CP and joint CP. I disconnected the call, asking the caller to give me 5-10 minutes to arrange the money. I then called my relative and learnt that he was safe at home.”

“I realised that it was a scam and blocked the number, after which I informed the Bandra police. I submitted the photo that the fake officers had sent me. They sent my incident to the cyber police,” the Bandra resident added.

Deputy Commissioner of Police (cyber crime) Hemraj Rajput told mid-day, “If a caller is telling you that he is an officer from Mumbai CP office and they are going to arrest you, then you should ask for the contact number of the office. Then you should call the local police station and verify the number. Police would never tell you on the phone that they will arrest you. They will send a notice at your residence in such a case. We never ask for OTP or any online payment for bail. People should be alert and not fear such scamsters.”