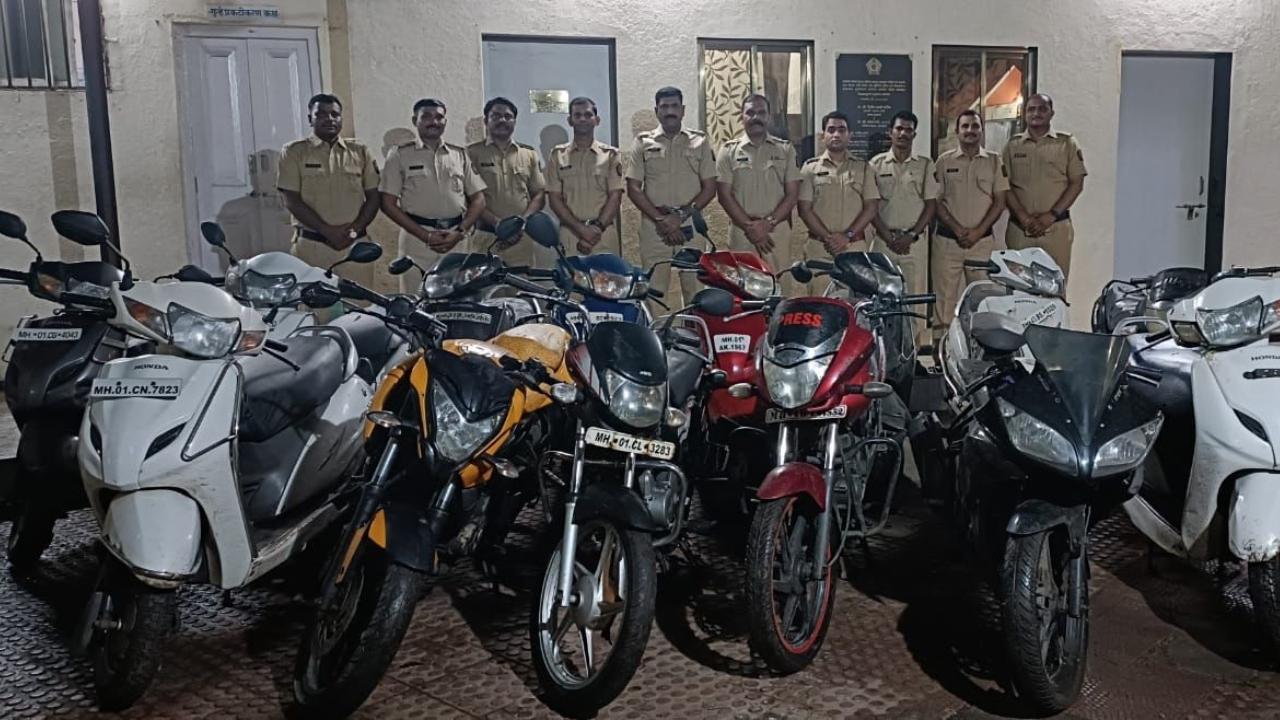 
Solving multiple bike theft cases in central Mumbai, the Byculla police arrested a 48-year-old man red handed while allegedly in possession of a stolen motorcycle. Following the arrest, the police have also recovered as many as 13 stolen bikes, the police said.

According to the police, On June 29, the officials were on a routine round up in Byculla area when they spotted a man identified as Ismail Shaikh with a bike, he was initially stopped for questioning and during the checking, it was found that the bike he was in possession with was a stolen one. The police registered a case against him and began to investigate the matter during which it was further found that Shaikh had previous cases registered against him.

A police officer said, "During his sustained interrogations, it was found that as many as 13 more stolen bikes were kept in Govandi area from where the police was successful to recover them. It has been learnt that these bikes were stolen from areas including Byculla, Govandi, RAK Marg, Sir J.J. Marg, Chembur, Vashi and Deonar areas."

The official added, "It has been learnt that the accused, after stealing the bike used to sell them off at throw away prices using just photocopies of the bike documents which were kept in the bikes by the owners of the vehicles. A case has been registered against the accused who was arrested and with his arrest several cases of bike theft has been solved by the police. He was produced before a court which remanded him in police custody."