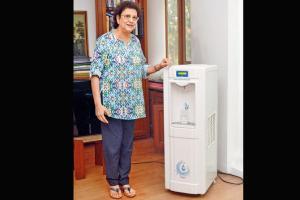 
Twenty-five years ago, when Meher Bhandara was told by an astrologer that she's likely to enter a profession that would involve water, she didn't think much of it. "Since I was part of the travel and tourism industry, I assumed it might be about beach resorts or cruises," says Bhandara, whose grandfather founded Jeena Tours and Travels, the country's first Indian-owned travel agency. Little did the 67-year-old know, that she would eventually helm a pioneering project that involves making water from thin air.

Bhandara is one of the founders of WaterMaker (India) Pvt Ltd, a company that manufactures atmospheric water generators (AWG). The technology uses optimised dehumidification techniques to extract and condense moisture in the air to produce purified drinking water. While the concept may sound esoteric, the usage is fairly simple. They essentially plug and play machines that provide safe drinking water. "All it requires is electricity to condense, collect, filter and dispense water," she explains. Given its reliance on moisture, the machine functions best in coastal areas that are hot and humid. The greater the humidity, the better the output. "When we first participated at the Water Asia Expo in 2005 with a 500 litre AWG, visitors were amazed to see water being created out of air. They checked all nooks to find hidden pipe connections," she laughs. 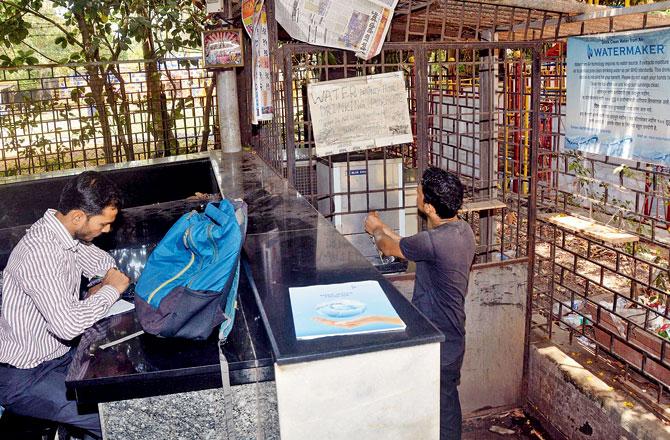 WaterMaker machine installed at a public study at Cooperage

In 2009, Bhandara set up a 1,000-litre machine in Jalimudi village in Andhra Pradesh for its 500 inhabitants. It became the world's first rural atmospheric water installation. In Mumbai, it has been installed as a CSR project for an insurance company at a public study centre at Cooperage. "A lot of students throng the space because it's quiet corner to study and they felt it would help to have free, drinking water handy," she says. Considering students can be a tad too curious and tinker with buttons, the machine remains locked with only the tap accessible. Over the years, many companies have used the machines for their CSR projects in urban and rural India.

Inventor who made it possible

It was in 2004 that Bhandara and her family first came across the technology. "My brother got talking to Dan Zimmerman, a co-passenger at JFK airport in New York, who mentioned that he was an inventor and had developed these machines that could make water from air, but didn't know what to do next. Naturally, he was intrigued and felt India could truly do with machines such as these," she says. The family then decided to collaborate with him and manufacture and sell AWGs in India. For a person who gawked at geeks, Bhandara had to learnt the technology from scratch. "I'm an arts and humanities person. So it was a challenge to acquaint myself with how this works," she says.

Today, she is so well versed with the technology, that she has helped create smaller, soon-to-be launched home models. These can produce 25 litres in 24 hours. While all water filters need to be replaced every six months, the UV lamps can be replaced once a year. "Cleaning the air filter depends on the ambient air quality. You should check it twice a month." The home units currently cost R45,000. "It is steep. Once we increase volumes, prices will decrease." Funding for the
projects come from companies, NGOs, and philanthropists. "We take water for granted. But there are so many who are deprived of it. The initiative is our way of contributing to society."