As state gears for large-scale re-opening, govt may decide to open up sealed zones across the city 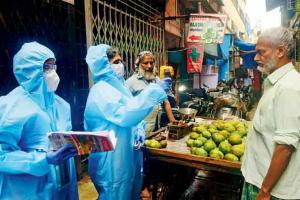 
Even as Maharashtra gears up for Unlock 3.0, more than 50 lakh people of Mumbai are still in Containment Zones (CZs) and sealed buildings. While most of them, about 41 lakh, are in slums, the remaining are in high-rises. However, the Brihanmumbai Municipal Corporation (BMC) has decided that the areas would be opened up based on a review of the number of cases and a discussion with the police

As of today, there are 622 CZs in slums across the city, which comprises 9.7 lakh houses with a population of 41.2 lakh. The number has been more or less constant since June, as the civic body sealed large slum pockets to contain the spread of the virus. Whereas, the number of sealed buildings keeps changing as the BMC seals floors or wings only for 14 days after a COVID positive case is reported from a building. At present, there are 5,960 sealed buildings comprising 2.6 lakh households with a population of 9.1 lakh.

Civic sources said that the while the buildings would be opened up as the number of cases decreases, re-opening of the slums needed proper planning and co-ordination between the civic body and the police.

Currently, the F North ward has 21 CZs with 2.99 lakh people residing inside them. "Many slums haven't reported a single case in the last two weeks, but we are conducting a review and will take a call on opening them up after a discussion with the police," said Gajanan Bellale, assistant commissioner of F North ward, which comprises Wadala, Sion and Matunga. 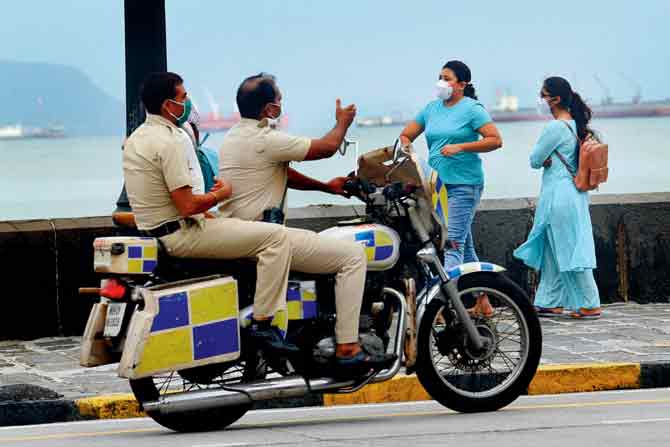 Cops tell people to move out from the Gateway of India area. Pic/ Bi[in Kokate

The northern part of the city had reported a large number of cases last month. P North ward (Malad) was the first area where large slum pockets had been sealed after the nation moved into the first unlock phase. Currently, the ward has 28 CZs with 5.92 lakh people residing inside them. "As the number of cases has started to decrease, we have allowed shops on the major roads (width more than 30 feet) to remain open on alternate days. Further decision will be taken based on the number of cases. At present there is no deadline for opening up the areas," said Sanjog Kabre, assistant commissioner of P North ward.

K West ward currently has 59 CZs with a population of 1.80 lakh living inside them. Vishwas Mote, assistant commissioner of the ward, said, "We opened up four CZs three days ago, as not many cases were coming in from those areas. We are reviewing the condition in the other sealed areas." "The growth rate of cases is almost below 1 per cent and the numbers have started to decrease in slums as well. But the decision to reopen has to be taken carefully," said a senior
BMC official.

Next Story : SSR case: Was money transferred into yet another bank account?