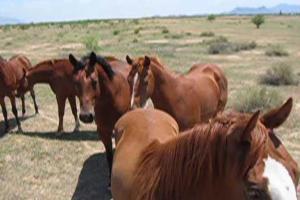 
While former police commissioner Subodh Jaiswal's proposal for a horse squad has been approved by the state, some former top cops have their doubts over it. Former IPS officer PK Jain said, "I welcome the new initiative but authorities also need to develop their existing teams such as the dog squad, Segway, etc. How the horses will be managed in crowded locations also needs to be figured out."

Former Maharashtra DGP Pravin Dixit hailed the step. "The squad was discontinued, stating that it was expensive. If that's not an issue anymore, then it is all fine. The horse-mounted squad gives us a commanding position while monitoring crowds and helps us gain strategic control. In Mumbai, it can be used at places like the chowpatty. We often install watch towers at such locations, but those cannot be used to watch over the entire area," said Dixit.

However, former Maharashtra DGP PS Pasricha had his doubts. "In metro cities, there will be some limitations for them, with concrete roads and footpaths. In rural areas, the horses run well. They are very useful in riot-like situations," he pointed. Former IPS officer YP Singh only it a 'showoff move'. No location has yet been identified for housing the horses, senior police officers said.

Next Story : Tension between BMC and Dharavi chowkie continues