A drug rehab centre near Regional Transport Office (RTO) in Tardeo has become a matter of concern for the officials, who claim thefts on office premises by addicts visiting the rehab have become a regular affair 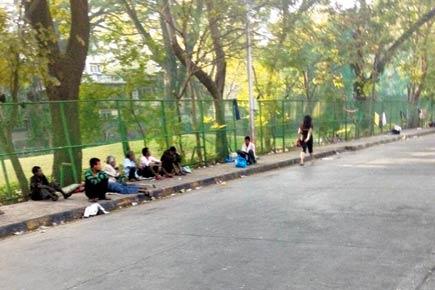 A drug rehab centre near Regional Transport Office (RTO) in Tardeo has become a matter of concern for the officials, who claim thefts on office premises by addicts visiting the rehab have become a regular affair. 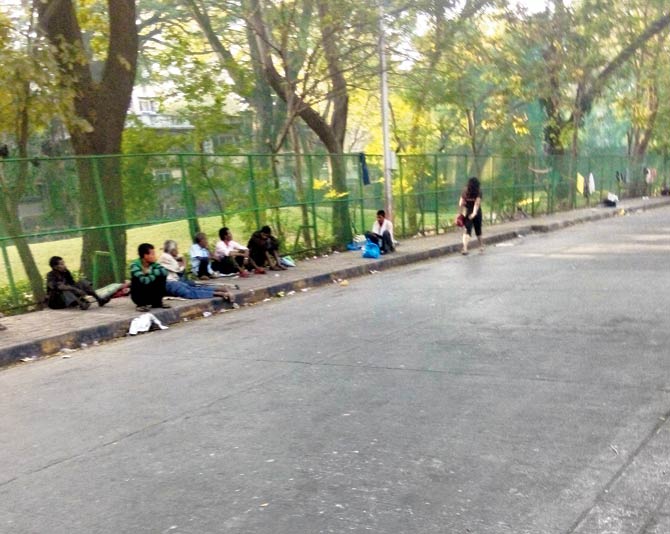 Addicts line up on the pavement adjoining Willingdon club, near the rehab centre in Tardeo, for a free meal

What is worrisome is the fact that in the latest theft that occurred on Monday, burglars stole a CPU containing data pertaining to professional tax paid by vehicle owners since 2007. They said this data is forwarded to the Sales Tax department. Officials said while the addicts had targeted 10 monitors in the past, this was for the first time they stole a CPU.

“Though we have a back-up on CDs and pendrives, it is only for a period of six years. We have lost data from 2014 onwards. We have registered a case at the Tardeo police station,” said an RTO official.

“Earlier, they would target fans and furniture from the office premises. Then they graduated to monitors and now a CPU. These addicts are a nuisance and several complaints have been lodged against them in the past,” said Subhash Pedamkar, Deputy RTO (Tardeo).

Officials claimed though they have requested the Transport Department time and again to make the tax payment online, to facilitate motorists, their request has fallen on deaf ears.

The domino effect
The theft of the old CPU has now posed a new problem for the RTO. The stolen CPU had an in-house software ‘Vahan 1.0’, which collects and stores details of the registered vehicles at the RTO. Officials claim that an upgraded OS on the new CPU will disallow installation of the old software, which will derail the process of digitising their records.

Speaking to mid-day, an RTO officer said, “Several addicts loiter around our premises. And most of them steal whatever they can lay their hands on. The addicts gather here because they get free food at the rehab centre.”

Grabbing everything
Besides thieving office property, RTO officials claimed some of the addicts even steal telephone wires. “The wires are made of copper and fetch a good price in the market. These addicts clip large pieces and sell them. This has hampered our commuter helpline and offices numbers,” said an RTO official.