Raj Thackeray said all companies, Mahadiscom or other private firms, had been issuing unreasonably steep bills to consumers in the past couple of months 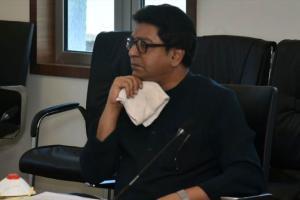 
Taking cognizance of the spate of consumer complaints over exorbitant electricity bills during the lockdown, the Maharashtra Navnirman Sena, here on Tuesday, sought Chief Minister Uddhav Thackeray's intervention to resolve the issue.

In a letter to Thackeray, MNS president Raj Thackeray said neither he nor the citizens of the state would "remain quiet" over this 'injustice' in these critical times. Raj Thackeray said all companies, Mahadiscom or other private firms, had been issuing unreasonably steep bills to consumers in the past couple of months.

An immediate action needs to be taken by the government to stop the issuing of unreasonable and exorbitant electricity bills to the citizens.#MahaVitaran #electricitybill #Lockdown #CoronaCrisis @CMOMaharashtra pic.twitter.com/tWWbP5a095

While the power bills for March, April, and May were based on average usage, the bills for June-July saw an exorbitant increase, ostensibly aimed at adjusting the deficit of the previous months, the MNS chief said. "It tantamounts to looting citizens. Due to the lockdown, commercial places were shut yet the bills issued are exorbitant. How can this be justified," Raj Thackeray remarked.

He called upon the Chief Minister to "look into this", waive the unreasonable rise in bills and ensure that nobody was forced to pay up. "There is definitely a financial crunch in our state and we understand that. But this is not a solution," the MNS chief said.

He urged Uddhav Thackeray to ask power suppliers to "stop this unjustified conduct". Otherwise, the MNS would be compelled to deal with them, he added.

Earlier, Energy Minister Nitin Raut had said power consumption was higher as people had remained at home during the lockdown, also power suppliers had announced a slew of steps, including deferred payment or easy monthly instalments, to lower the consumers' hardships.

Several celebs, film and television stars and firms have also complained of exorbitant power bills in June and July. Many Bollywood personalities have also taken to social media to vent their ire.