Mumbai: Youth held for #metoo claims in guise of woman

The Powai police said in October last year, around five-six posts was seen on social media calling the CEO a sex pest 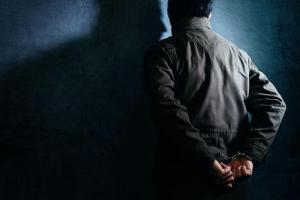 
The Powai police have arrested a 25-year-old man for allegedly making sexual harassment allegations under the #metoo campaign pretending to be a woman. He had accused the CEO of an advertising company of harassment on social media.

The police said in October last year, around five-six posts was seen on social media calling the CEO a sex pest. The accused used an anonymous account and created posts against the CEO.

Following this, the CEO approached the court. He received an order for an FIR to be registered to investigate who was behind the posts. An officer said, "We registered an FIR on March 16 and traced the accused with digital evidence against him."

"The accused told the cops that a woman friend who had worked for sometime at the advertising company had told him about the alleged sexual harassment by the CEO," the officer added. A senior officer said, "We are still probing whether the woman friend knew about the posts." According to the police, three CEOs of the company had been sidelined after these accusations.

Next Story : Mumbai: Activist says BMC root cause of danger to 34 trees at Kandivli