Mumbai's COVID Hero - Forever Memorialised Through the Power of Art

Working with a team of volunteers, he personally delivers essential rations, medical supplies, and protective equipment across the length and breadth of Mumbai 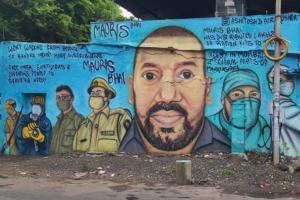 Six months of living with the coronavirus pandemic has seen the situation steadily deteriorate. And nowhere has its impact been worse than in India. Millions across the nation have been left in dire straits, unable to provide for themselves and their families. Acts of humanity has been of some solace though. And for many, that call has been answered by philanthropist and businessman Mauris Norohna.

Mumbai-resident Mauris Noronha, had plans to migrate to the USA. Infact, he had even started the process of migration. However, since early March, he has devoted himself to caring for those unable to care for themselves, thereby postponing the plan. Inspired by the example of Mother Teresa and her devotion to the poor, Mauris has helped more than 7 lakh people in the city and across the state.

Working with a team of volunteers, he personally delivers essential rations, medical supplies, and protective equipment across the length and breadth of Mumbai. He has relied entirely on his own savings and donations from individuals, even forsaking his own house loan, that he was planning to clear all in totality. Furthermore, he has also bought a fully equipped ambulance that can be used by citizens in case of an emergency. 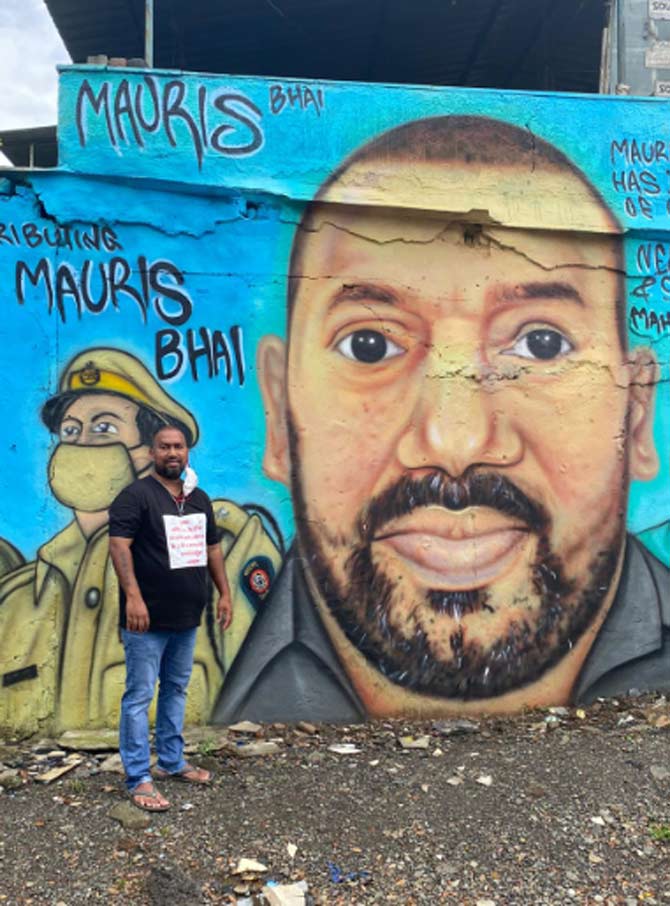 On the occasion of Mother Mary’s birthday, Mauris started to preach fellow Mumbaikars as he continued by foot travelling a distance of 30 kilometres, urging them to follow the norms, while distributing masks and sanitisers.

His actions have inspired the country and the world. And now, a mural in the city he loves will forever memorialise him.

Artist Ashutosh Hadkar created the wall art at Marol in the Mumbai suburb of Andheri East. The image is dominated by the likeness of Mauris’ smiling face. Surrounding him are a cross-section of smaller works depicting his immense work – donating PPE kit to local police stations; feeding out-of-work labourers; helping migrants prepare for their journey home; and providing hope to countless individuals when all seemed lost.

Ashutosh has been painting since he was a child. Although he has never met Mauris, he first heard of him through a post on Facebook. After digging deeper and learning more about his work, Ashutosh was determined to honour this remarkable man. Although he initially considered a painting, Ashutosh decided he would require a much larger canvas to truly capture Mauris’ generosity of spirit.
Following a conversation with Wall Art India, Ashutosh’s succeeded in procuring a space. The result of his hard work can now be found at Lok Bharti Road in Marol, Andheri East.

Through his efforts, Mauris has saved thousands of lives. This mural will ensure that is never forgotten.

One can reach out to his social media handles – Mauis Bhai on Instagram and Facebook to seek support.