City’s latest station will be named after a local temple, not the area it is located in, on BJP & Sena’s insistence; inauguration to take a week 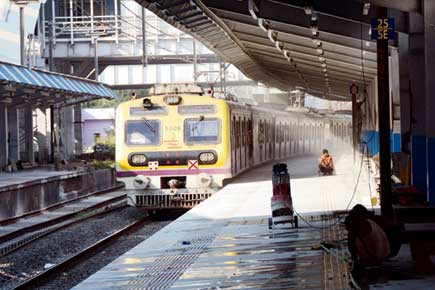 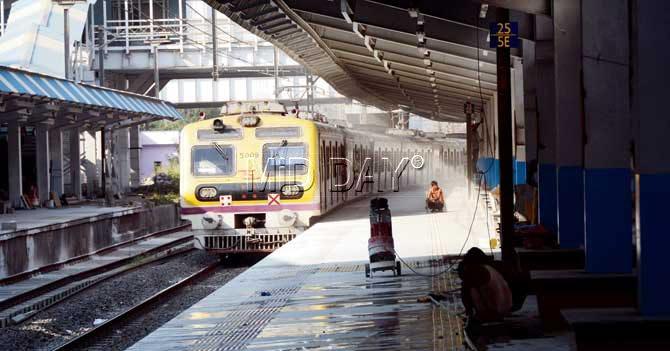 ‘Ram Mandir’ will be the 37th station on the Western line. Pic/Sayyed Sameer Abedi

The saffron brigade has had its way with renaming another station in the city. The newly built one between Jogeshwari and Goregaon, that was to be named Oshiwara following the tradition that all other stations in the city are named by, will now be Ram Mandir. Chief Minister Devendra Fadnavis showed the green flag to the name yesterday, after months of ‘petitions’ by the BJP and Shiv Sena.

The CM confirmed to mid-day about the change of name. Senior railway officials said the CMO approved it yesterday. The notification from the state government says, “The GoM is pleased to direct the name of the proposed station between Jogeshwari-Goregaon stations of Western Railway will be Ram Mandir.”

Locality or temple?
mid-day had reported on June 1 and November 23 about how politicians wanted the station to be named Ram Mandir. The name had remained a bone of contention for too long. While politicians wanted to name it Ram Mandir, after a temple in the area. Sources said they wanted to name it as Oshiwara as the area the station is located in has the same name as well as for a river by the same name in the vicinity.

Temple it is
But on the other hand local politician Vidya Thakur, an MLA from Goregaon and Minister of State for Women and Child Development, Food and Civil Supplies and Consumer Protection, Food and Drugs Administration had said the station should be Ram Mandir as a temple for Lord Ram is in the vicinity.

On November 15, Thakur had also written a letter to the CM, asking him to take a decision and direct the Home Ministry. “We want it to be named as Ram Mandir station as it is the demand of the locals,” said Ashish Shelar, city BJP chief.

Wait a little longer
While the politics of naming the station has finally died down, it will still take at least a week to be functional, as the inauguration has been pushed back. Union Railway Minister Suresh Prabhu was supposed to inaugurate it on November 27, but it has now been postponed. However, another date has not been announced yet.

Railway officials say that naming of any station is a state subject, which is then sent to the Home Ministry. “The station is ready. But since its name has been decided at the last minute, it shall undergo a process. Hence, the inauguration has also been delayed,” said a WR official.

What next?
Now, the Surveyor General of India will decide the spelling of the new name, after which the Indian Railways will allot it a station code, thereafter, local authorities will add it to the ticketing units and train schedules and finish other formalities. This would take at least a week.

Meanwhile, railway officials’ claim that based on the projected demand at this station, they have made arrangements. Local trains will get a 10-15 second halt at the Ram Mandir station once operations begin. The authorities will also tweak the timetable, though a 30-second buffer has been kept between two trains.

The railways will add 36 services to accommodate the new station, allowing around two lakh commuters on the Goregaon-Andheri belt with ease of travel. Till yesterday, WR authorities had installed indicators, platform numbers, granite seats and a roof over the platforms.

Superficial
“Changing a name is merely superficial and authorities cannot get away by naming it after a god. Commuters want the station to serve them with adequate facilities and ease for travel,” said Subhash Gupta, president, Rail Yatri Sangh.

Is Dadar next?
Demands have been made to change names of other stations from the ones given by the Brits, like Dadar to Chaityabhoomi station, and Elphinstone Road to Prabhadevi. Nearly two decades ago, the name of Victoria Terminus was changed to Chhatrapati Shivaji Terminus.