Wishing Thackeray on Monday on his birthday, Tiwari, who has acted in Bhojpuri films, pointed out that over 40 days have passed since the death of Rajput, but an FIR is yet to be registered 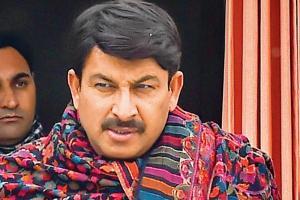 Wishing Thackeray on Monday on his birthday, Tiwari, who has acted in Bhojpuri films, pointed out that over 40 days have passed since the death of Rajput, but an FIR is yet to be registered.

"Many happy returns of the Day @CMOMaharashtra Shri Uddhav Ji, on this day I request with folded hands to give justice to Sushant who died 43 days ago, but no FIR has been registered so far. I hope you will help. Please do justice to millions of SSR fans," he tweeted.

Bollywood actor Rajput was found dead at his Mumbai residence on June 14, which the police said was a case of suicide. His death had triggered an outcry from several quarters alleging that the late actor, who hailed from Bihar, was a victim of nepotism in the film industry.

The lawmaker from Northeast Delhi's Lok Sabha seat, who visited the deceased actor's family in Patna last month had then said: "Sushant's father and sister requested me to take up the issue and get him justice. It was really a sentimental moment for me". Previously, Tiwari had demanded a CBI investigation into the matter

According to the police, statements of 40 people including film critic Rajeev Masand, director-producer Sanjay Leela Bhansali, and filmmaker Aditya Chopra and actor Rhea Chakraborty have been recorded in the investigation so far.