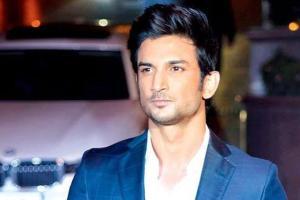 
The 'medico legal opinion' of forensic experts, which holds the key to unravelling the mystery shrouding the death of Bollywood actor Sushant Singh Rajput, hints at certain discrepancies relating to the inquest report and description of the crime scene filed by the police.

A thorough re-examination of the scene of crime, which includes the bedroom and duplex flat of Sushant where the star allegedly committed suicide, and autopsy files were conducted by the forensic experts of the All India Institute of Medical Sciences (AIIMS) to ascertain the cause of death of the young Bollywood actor.

Highly placed sources in the Department of Forensic Medicine & Toxicology, AIIMS told IANS that findings of its expert team would certainly shed light on the mysterious death of Sushant Singh Rajput. "If an inquest report, which carries crucial details about the circumstances in which one died, has certain discrepancies then it could be an important finding. However as the matter is subjudice, specific forensic findings cannot be shared," the source added.

The Head of the Department of Forensic Medicine & Toxicology, AIIMS, Dr Sudhir Gupta also stated that findings which are conclusive will only be shared with CBI. "At this stage I can only say that the opinion of the medical board will clear all doubts (relating to the star's mysterious death)," said Dr Gupta while refusing to comment on the nature of discrepancies or any sign of lapses in conducting autopsy and other forensic investigations.

The results of the viscera test which holds conclusive opinion on the death of Sushant will also be shared by the AIIMS team with CBI officials early next week.

The forensic experts of AIIMS were requested by the CBI to examine the lapses in initial investigations, primarily the forensic aspects. Tampering of any evidence at the crime scene or omission of any sign of foul play by Mumbai Police or panel of doctors which conducted the post-mortem, were the key areas where the forensic team has gathered information based on a thorough investigation.

The AIIMS experts were flown from Delhi to Mumbai to make an on-spot assessment of the sequence of events and scrutiny of documents related to forensics.

Earlier a team of doctors including two forensic surgeons of Mumbai, Dr Shiv Kumar Kolle and Dr Sachin Sonawane, which conducted an autopsy of the body on June 15 at Cooper Hospital had concluded that Sushant died of asphyxia due to hanging. In their autopsy report the panel of five doctors have not indicated any sign of foul play or observed any trait or feauture which led to suspicion of murder.

However re-examination of all forensic investigations by the team of AIIMS has given a much clearer picture of what really happened on June 14 at the flat in Bandra where Sushant was found dead.

Meanwhile, sources in the CBI said that once all documents, case diaries, witness statements have been studied, the agency would first look into the involvement of any outside hand, if involved in the case. "CBI is known for handling sensitive cases. We do not succumb to pressure. We are investigating the case with an open mind. Whether Sushant Singh was murdered or he committed suicide, the documentary and forensic evidence will give an insight," said an officer in the agency.

Next Story : Drugs case: Bollywood round by NCB up to resume from Monday