Several students, who began the protest on July 8, went on a hunger strike four days back. The institute hiked the hostel accommodation fee to Rs 56,000 per semester from Rs 8,500 per month for open category 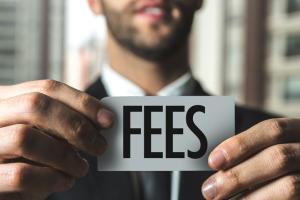 Several students, who began the protest on July 8, went on a hunger strike four days back. The institute hiked the hostel accommodation fee to Rs 56,000 per semester from Rs 8,500 per month for open category. The students have objected to the instructions to pay the full amount at once. In addition, fee of the reserved category students has been exorbitantly increased to Rs 56,000 from Rs 15,000 per semester, without instalment.

The TISS administration has said the decision to shut down the institute indefinitely was taken after multiple attempts to discuss the issue with the students failed. However, the protesting students have alleged that the authorities took the autocratic decision ignoring their concerns. Students at the Mumbai campus have questioned the institute's move to restrain students' voices. One of the protesting students, Karishma Shaikh, said, "Following the increase in the accommodation fee, we demanded documents of tender process of the hostel from the authorities but we have not received those yet. If there is nothing to hide, why are they keeping us in the dark?"

A senior institute official said, "We have been in continuous dialogue with the protesting students. We started receiving several complaints from the school management on the same compound and local residents against the sloganeering by the protesters. Hence this step was taken."

Next Story : The rights and Cong of the party