Watch Video: Hey MMRDA, Aarey is a forest and it has leopards. Here's proof

Recent photographic studies prove that not only is Aarey Colony home to 9 leopards, these big cats co-exist in perfect peace with the local residents — unique man-animal harmony seen nowhere else in the world 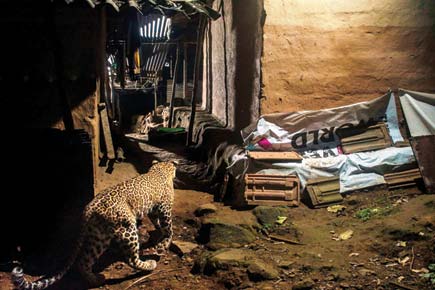 It’s official. You might as well rename the area Aarey Leopard Colony, since it is home to not just one or two leopards, but an impressive nine, as these gorgeous photographs from the Thane Forest Department’s recent camera trapping study show. 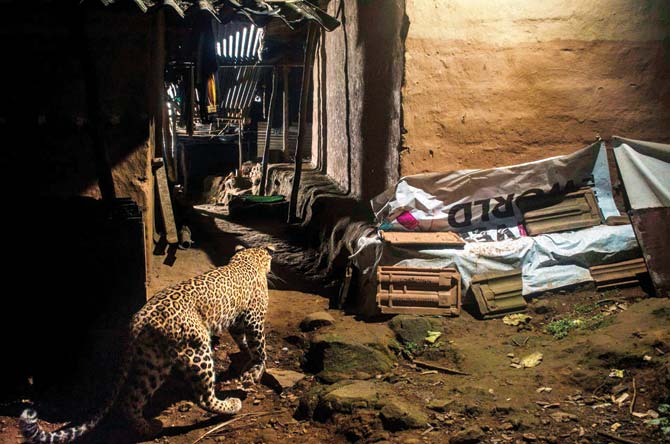 A leopard basks in the sun and green in the Aarey grasslands. Pic/Prabhu Swami

MMRDA wants the area for a car shed. Despite the chief minister’s asusrances to the contrary, the Mumbai Metro Rail Corporation recently told the National Green Tribunal that “Aarey was not a forest and that leopards were never found there”. 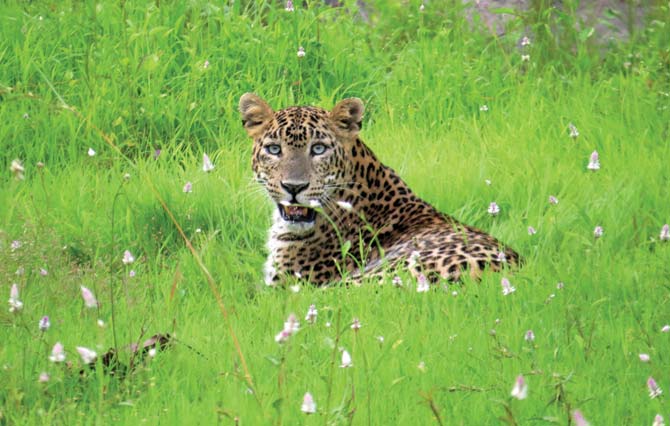 Leopards are even known to prowl right into the homes of some local residents, but not a single man-leopard conflict has been reported in the past two years. Pic/Nayan Khanolkar

The survey demolishes the MMRC's puerile argument and strengthens the citizens’ campaign to save the forest area.

But this photographic study has a bigger point to prove — nowhere else in the world can one find leopards and humans co-existing in such harmony as in Mumbai. 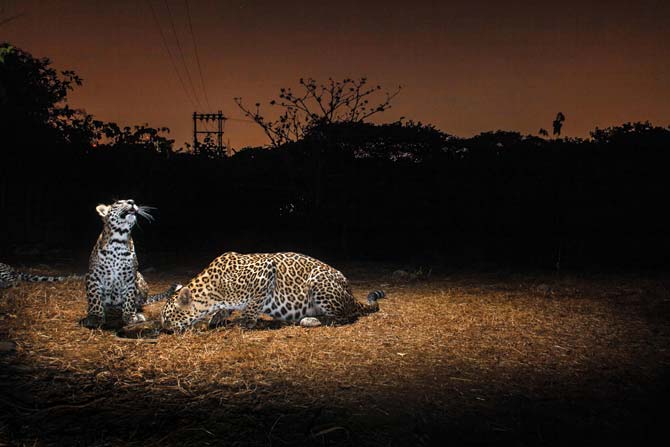 Leopards — one is a cub — take a break at the friendly neighbourhood watering hole. Pic/Nayan Khanolkar

The camera trapping exercise was carried out by the Thane FD between December 2014 and 2015, with the help of several eminent names from wildlife and environmental fields.

The startling harmony between man and leopard is yet another instance of how Mumbai is unlike any other city in the world, said the researchers, adding that Mumbaikars should be proud and see the big cat as the city’s mascot. 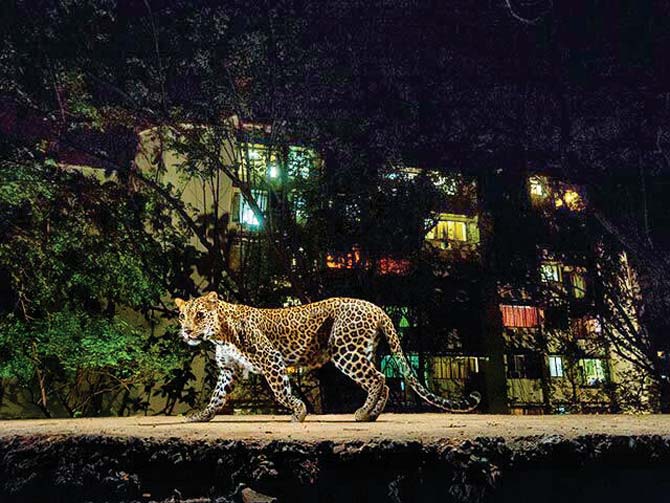 This stunning picture was captured on the periphery of National Park last year. It shows how leopards co-exist in close proximity with man in Mumbai. Pic courtesy Steve Winter and National Geographic magazine

“Very few people associate Mumbai with wildlife, but this is perhaps the only metropolis in the world with big cats living right in the middle of the city. The urban leopards of Aarey Colony have adapted very well to Mumbaikars. Usually, they avoid interactions with humans and move silently at night when human activity decreases. But it is not uncommon to see a big cat on the roads of Aarey between dusk and dawn,” said naturalist and wildlife photographer Nayan Khanolkar. 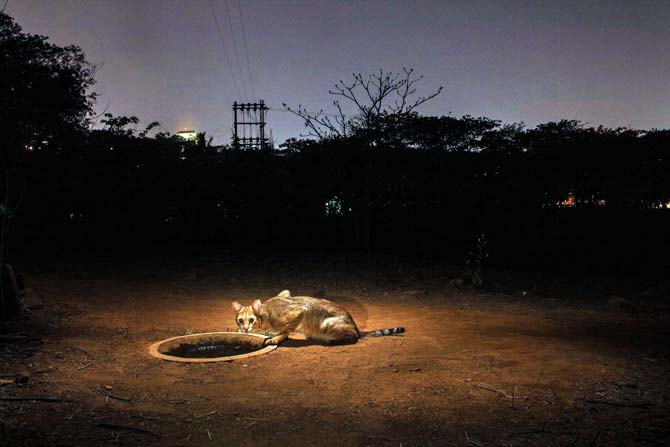 Leopards aren’t the only cats who prowl the woods of Aarey. Nayan Khanolkar captured this beautiful jungle cat slaking its thirst at a watering hole

But what about the local residents who actually share Aarey with these predatory creatures? As far as the tribals are concerned, Aarey is as much the leopards’ home as it is theirs.

Tribal speak
“We have been living in Aarey since ages and have learnt to live in harmony with leopards because they have been here longer than us. The frequent activity of leopards in Aarey proves that this is their home too, and we need to protect it,” said Ankush Bhoir, a resident of the tribal hamlet Keltipada.

As the photographs show, leopards live in close proximity to these residents, and even prowl inside their homes sometimes. But not a single man-leopard conflict has been reported in the past two years. But this could change unless the habitat of these wild animals is protected.

“If we don’t act now to stop encroachments in the forested patches, a time will come when man-animal conflicts will become frequent. The government should declare Aarey as an eco-sensitive area (ESA) and keep a check on the slums that are mushrooming here,” said Bhoir, who is also a member of Shramik Mukti Sanghatna, a social organisation that works for tribal welfare.

Buffer zone
“We have spotted nine leopards here, but that does necessarily mean all of them are residents of Aarey, as some of them might go back to Sanjay Gandhi National Park. But through our study, we want to highlight the importance of protecting Aarey’s forest, as it acts as a buffer zone to SGNP,” explained researcher Rajesh Sanap.