Bandra-Worli sea link accident: Two of six injured in ICU will need surgeries; one on ventilator

3 admitted to Global Hospital, while 2 are being treated at Lilavati; injured woman, a doctor with the Navy, has been shifted to INHS Asvini 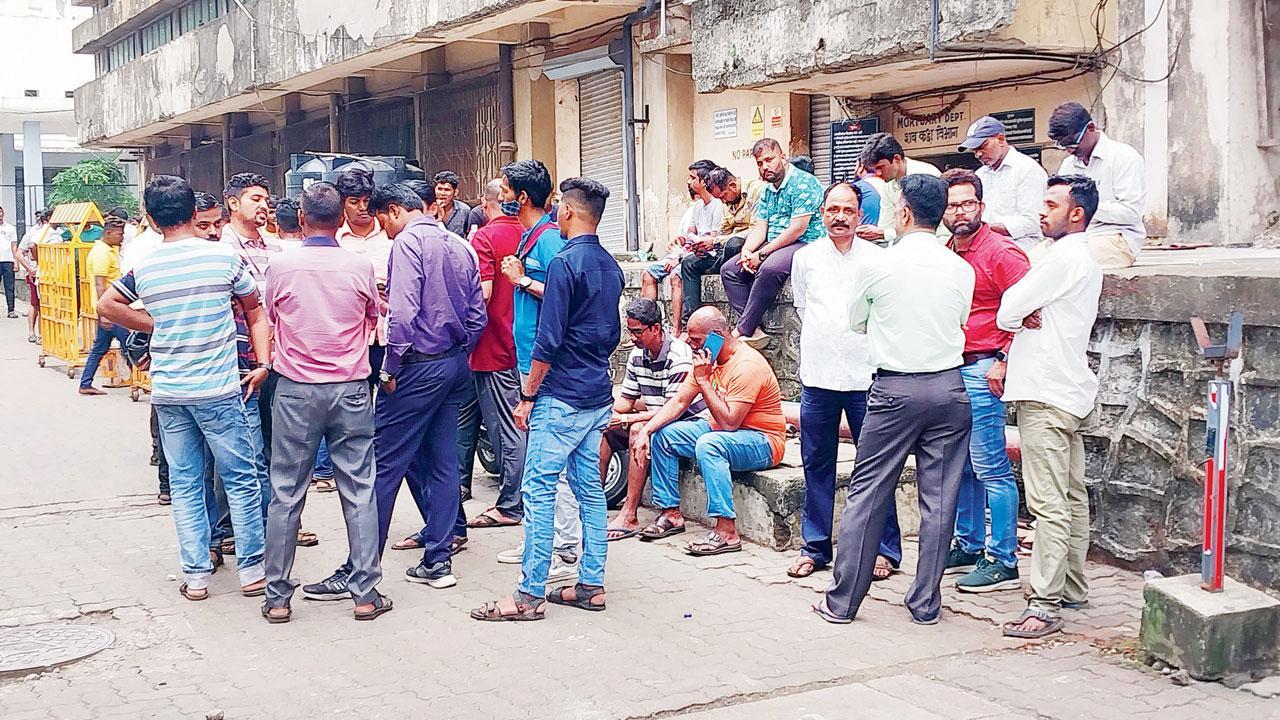 Friends and relatives of the victims at Nair hospital on Wednesday. Pic/Ashish Raje


Wednesday’s accident on the sea link not only claimed five lives but also left six people grievously injured. Of those injured, two are in ICU awaiting surgeries at Global Hospital, Parel, while another person is on the ventilator at Bandra’s Lilavati Hospital. Initial reports said 13 people were rushed to BMC-run BYL Nair Hospital from the accident spot of which five were declared dead and two were discharged after treatment for minor injuries. The remaining six have suffered serious injuries, said sources.

Sharing the details of the nature of injuries suffered by patients (three male and one female), an official from Global Hospital told mid-day: “One of the injured identified as Siddharth Juyal came with a head injury and complaint of leg pain. The CT scan of the brain and X-ray was clear and no internal injury was found. Also, an X-ray of his right leg was done as he was complaining of leg pain, but there does not seem to be any obvious fracture. However, that does not rule out ligament tear or anything as of now. We are waiting for the pain to settle down and for him to come out of the shock. We want to repeat an MRI after that. He is conscious and oriented, so he has been shifted to the ward.”

The woman patient at Global hospital was identified as Dr Shivani Nair, a doctor with the Navy. “The doctor has been shifted back to the INHS Asvini hospital, Colaba. She suffered a left compound tibia [shin bone] fracture and right elbow dislocation. She also had a lacerated wound on her chin and a tongue bite,” the official said.

The ICU patients, both aged 18, will require surgeries. “One of them came with lacerations, multiple wounds on his entire body, a complex pelvic fracture, and a big wound on the right elbow. The fourth patient, also 18, suffered a humerus [upper arm] fracture. He also had a left tibial fracture and multiple fractures in his left hand,” added the hospital official.

Dr K Ravishankar, CEO of Lilavati Hospital, said: “Two patients were admitted to Lilavati, one is on ventilator and has suffered severe injury to the head. The other one is stable.” The hospital authorities refused to share more details including the names of the two patients.