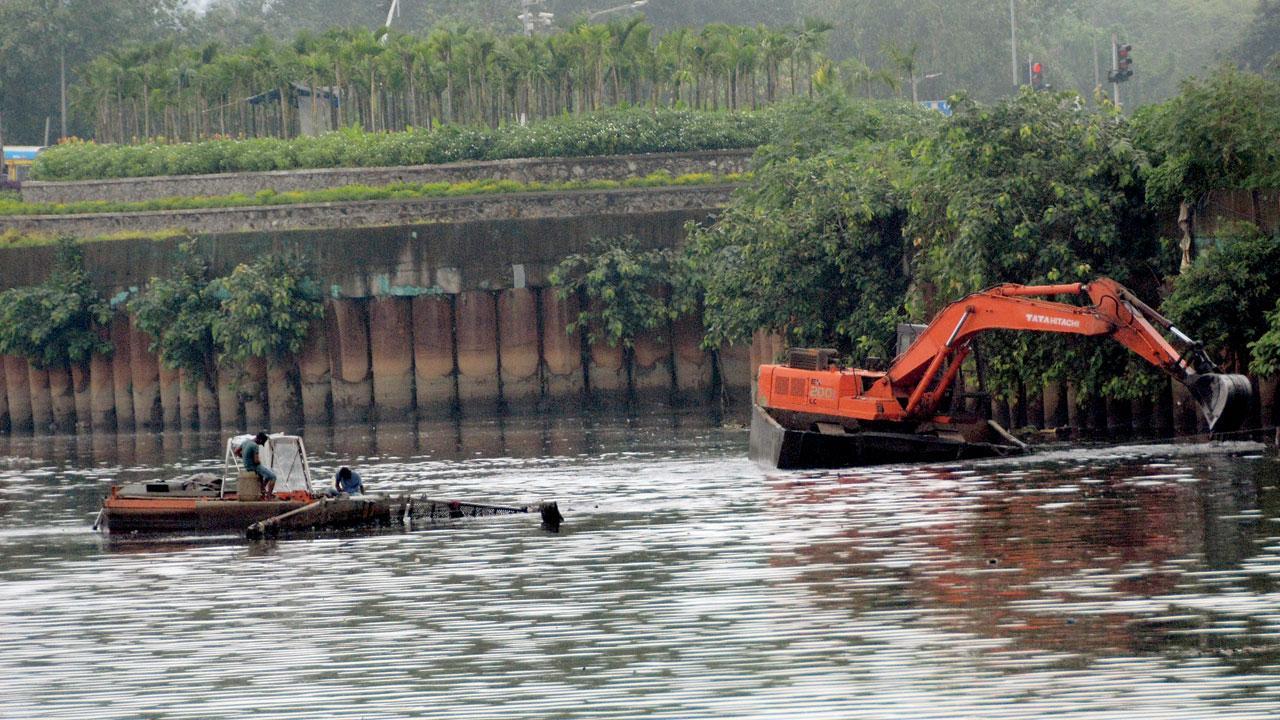 
The BMC has spent around Rs 1,000 crore in the past 10 years on desilting of major and minor nullahs in the city as well as Mithi River, revealed a response to a Right to Information (RTI) query filed by a BJP MLA. The party slammed the civic body saying public money has gone down in drains as flooding and waterlogging is still abundant.

BJP MLA Ameet Satam has also rubbished the civic body’s claims that 104% desilting work was done before monsoon. As per the RTI information, Rs 460.03 crore was spent on desilting major nullahs, Rs 140.08 crore on Mithi River, and Rs 338.62 crore on minor nullahs. BMC has also paid Rs 26 crore to Railways for desilting drains under its jurisdiction. The length of major nullahs in the city is around 248kms, that of minor nullahs is about 421kms.

Satam said, “BMC has been wasting the civic body’s money. Tall claims are made but no work is done on the ground, and floods continue to drown the city every time there are heavy showers. Just half an hour of heavy spell is enough to cause waterlogging. It is not just Rs 1,000 crore that has been spent, Rs 6,000 to Rs 7,000 crore is wasted on various pumping stations and widening works which are not serving the purpose.” A civic official said, “If it rains more than 100 to 200mm then there is waterlogging at some places, but the receding time is much faster than what it used to be. Desilting is done and we have checked nullahs, but we are struggling with the garbage that is dumped again.”

Next Story : Mumbai: All vaccinated, yet Khar building sealed with 7 cases