Butcher of Delhi honed his chopping skills in Mumbai's 5-star

How the accused scattered body parts over three months, how he got caught after victim’s friend raised alarm and all the horrifying details of the ghastly crime 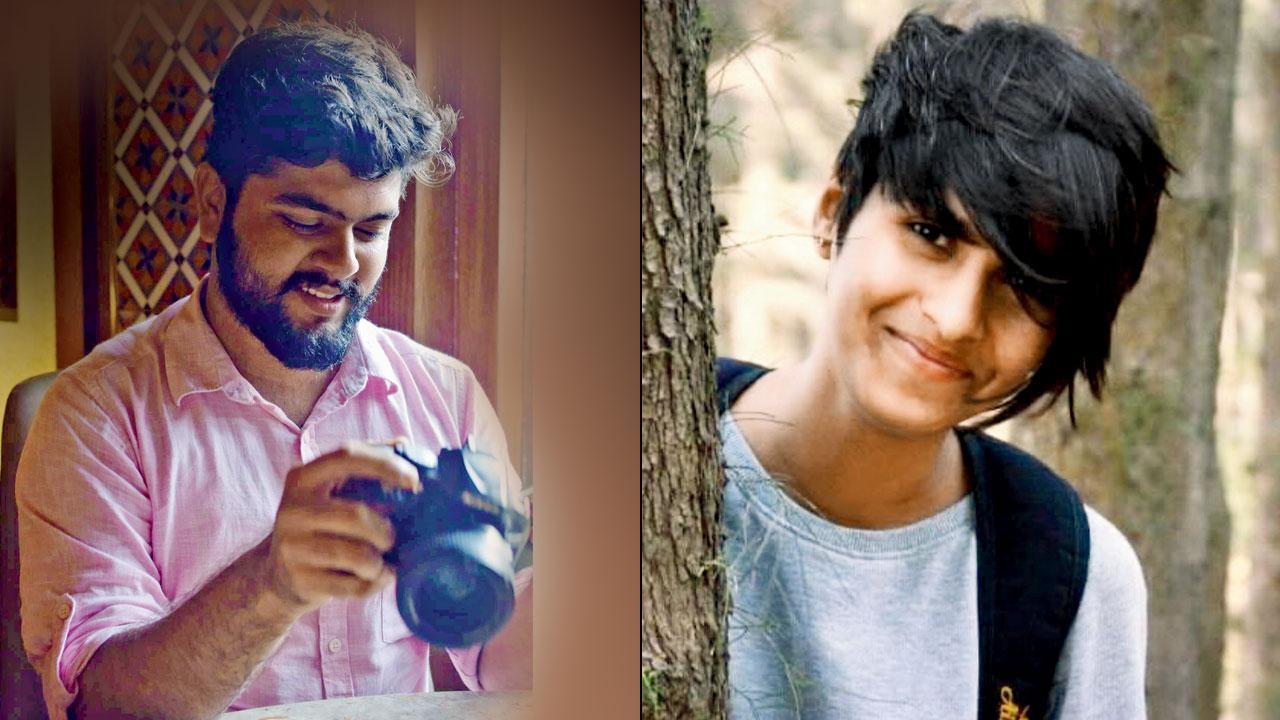 Aftab Poonawala, the killer and Shraddha Walkar, the deceased. Pics/Twitter


Aftab Poonawala is well trained in handling sharp knives, as he was a professional chef in Mumbai. To learn the tricks of dismembering a human body, he watched horrible videos online,” a senior Delhi cop told mid-day. Delhi police have arrested Poonawala for murdering his live-in partner Shraddha Walkar at their Mehrauli flat where the Vasai residents were living after leaving Mumbai. Sources said he strangled her during a fight over marriage in May, chopped her body into dozens of pieces, which he then stored in a refrigerator. He dumped her body in a Chhatarpur forest over the next three months. It was her friend who convinced Walker’s estranged father to approach the Vasai police, whose probe led to his arrest this month.

Poonawala, 28, told the interrogators that it took him more than three months to dump her body parts around the jungles of Chhatarpur area of the national capital, sources in Delhi police told mid-day. He was a chef in a five-star hotel in Mumbai, before moving to Delhi, they added. A team of forensic scientists and Delhi cops has launched a massive search operation to find and piece together the body parts of Walkar. 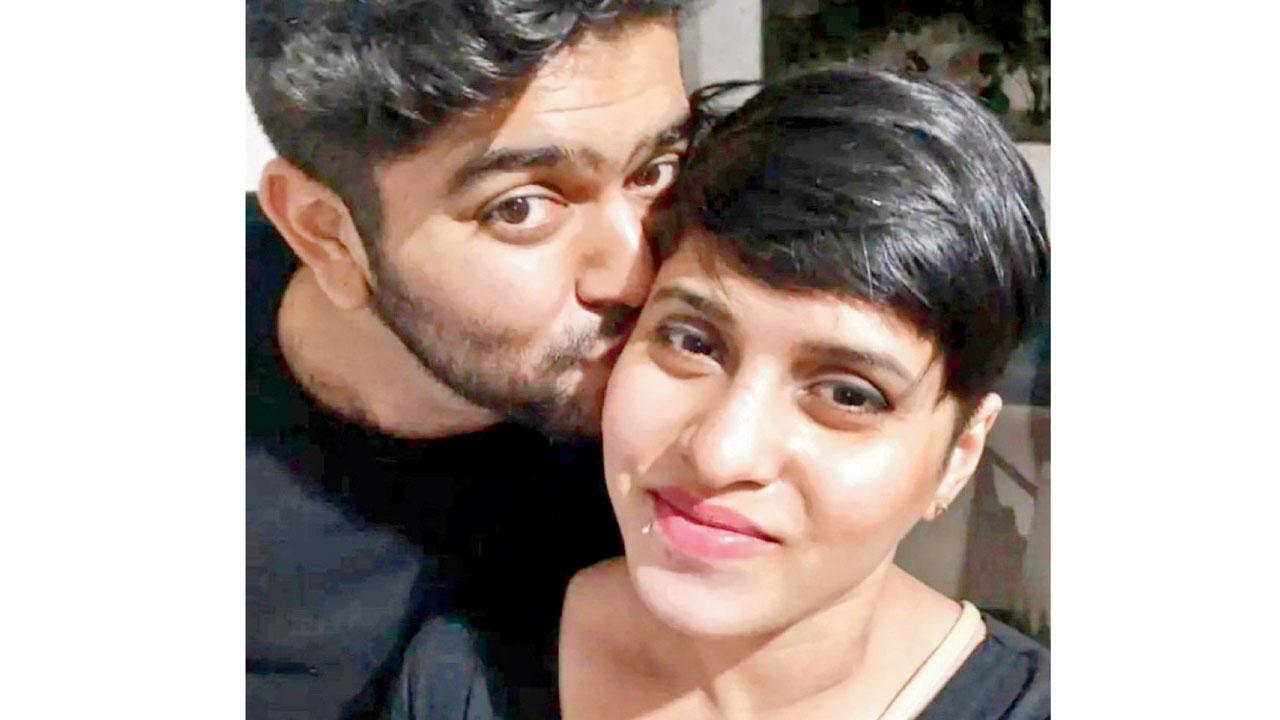 An undated photo of Aftab Poonawala and Shraddha Walkar

Additional Deputy Commissioner of Police (South Delhi) Ankit Chauhan told mid-day, “We are yet to find the exact number of pieces he chopped Walkar into, as our search operation is underway. He had purchased a refrigerator to store her remains. Every day, he would dump a few body parts in a nearby jungle at Chhatarpur in south Delhi.”

Chauhan said, “Poonawala lived in the same rented flat and continued to work at a call centre after killing his partner. Poonawala told us that he killed Walkar on May 18 and took around three-and-a-half months to dispose of her remains.” The Delhi police are yet to recover the murder weapons.

“While he is well trained to handle sharp knives, as he was a professional chef, he watched horrible videos on OTT and other online platforms to learn the tricks of dismembering a human body,” said a senior officer in Delhi police requesting anonymity.

“He is a cold-blooded murderer and has no remorse. In an attempt to suppress the rotting smell of the flesh, Poonawala would burn incense sticks and use room freshener spray. He is not cooperating in the investigation,” the officer added.

His crime unravelled when Manikpur police in Vasai West took suo motu cognisance of a missing person complaint filed by Walkar’s father in mid-October. During the preliminary investigation, Mira Bhayandar-Vasai Virar (MBVV) police learnt that Walkar and Poonawala met through a dating app in 2019 and had been staying together since. 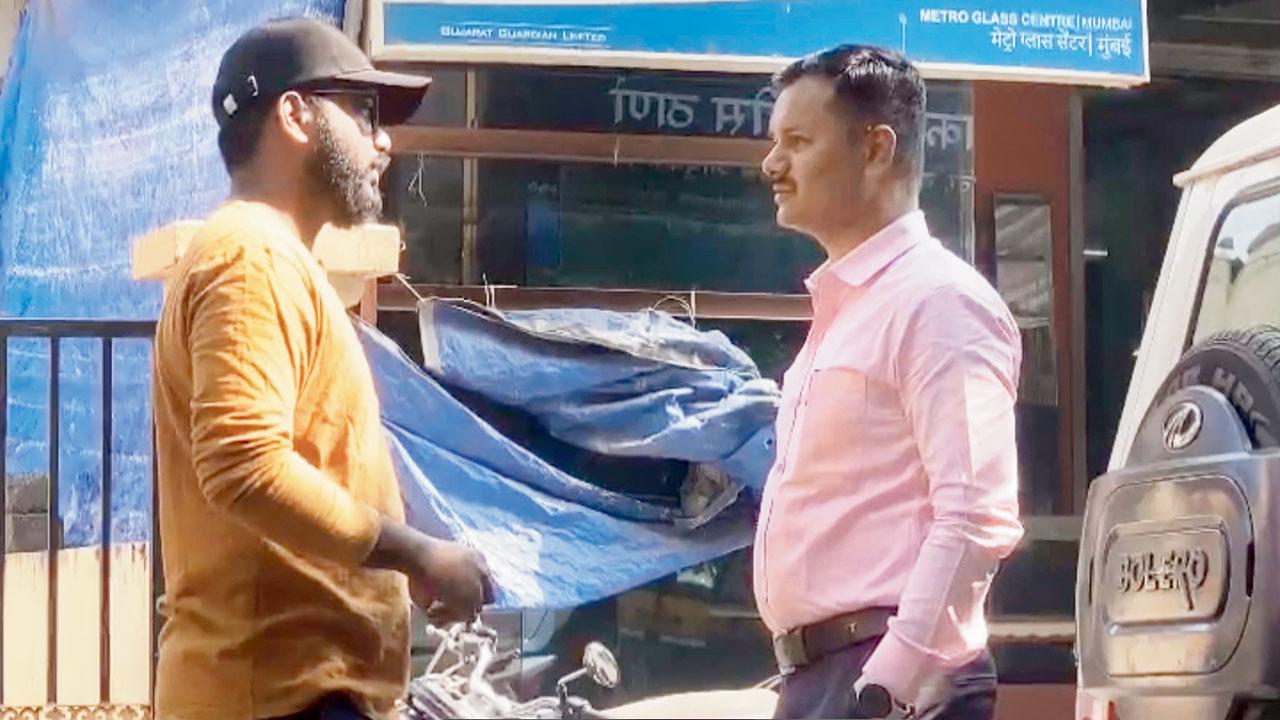 “Walkar’s parents were not happy with their relationship and she was not in talking terms with them. But her childhood friend, Laxman Nadar, was in constant touch with her,” Sampat Patil, senior inspector (SI) of Manikpur police station, told mid-day. They lived in Vasai and Naigaon areas of Palghar district initially, and Walkar visited her house last in 2020 after losing her mother, said Nadar. Thereafter, the couple went on a tour of the Himalayas, he added.

“She was in constant touch with me, but suddenly she disappeared from social media, but her Instagram account was active. Her cell phone was switched off. When I contacted her on Instagram, I got a reply that she is okay, and she will soon send me her new number. I felt something was amiss,” Nadar told mid-day. “Nadar then approached Walkar’s father, who called him to his house. Nadar narrated everything,” SI Patil said. “Her father filed a missing person’s complaint only after I convinced him to approach the police to find out her whereabouts,” Nadar said.

A special team of Manikpur police, led by Assistant Inspector Sachin Sanap, started the probe. They contacted Poonawala for her whereabouts, but he told them that she had been staying independently. The cops, however, were not convinced, also because Poonawala changed his story every time. They then checked her bank statements and found that all the money was transferred and there was no transaction after May, said a cop. 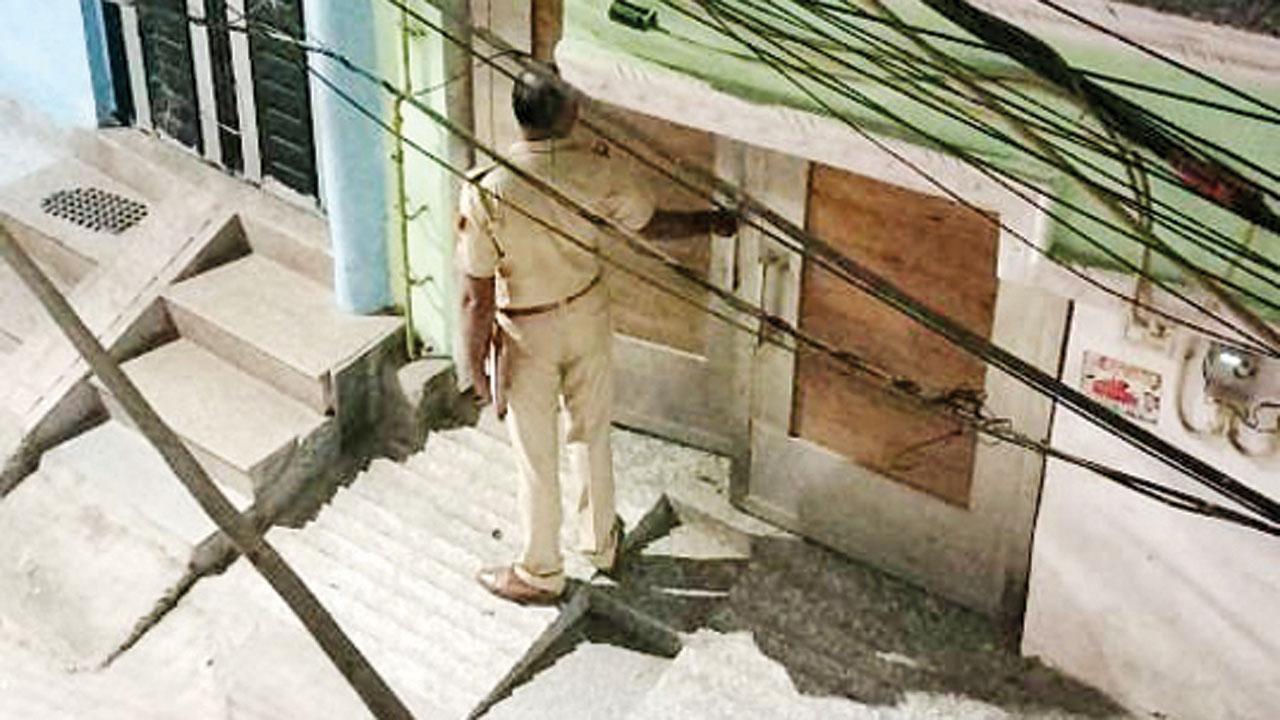 The building where the couple stayed at Mehrauli in Delhi

They also checked the call data record of Poonawala and Walkar. “The location of both Poonawala and Walkar was the same. With the help of local police, we contacted the flat owner in Mehrauli, Delhi, where they had been staying. The flat owner told us that there was a woman when they took the property on rent, but she is not seen any more,” SI Patil said.

The missing person’s complaint was registered at Manikpur police on October 12, and transferred to Delhi police on November 8, said a source in Delhi police. The Delhi cops immediately acted on the complaint, and hauled Poonawala to the police station.

“Initially, he tried to conceal the matter, but when we grilled him intensely, he spilled the beans. We have confiscated the refrigerator and sealed their flat for detailed investigation,” said a source in Delhi police. “We have registered an FIR under Sections 302 (murder) and 201 (destruction of evidence) against Poonawala,” said additional DCP Chauhan.

Not a cordial relation

Sources in Delhi police told mid-day that their relationship was not cordial. “The couple had celebrated the anniversary of their live-in relationship on May 16, after which Walkar had been insisting that they get married. Poonawala, however, was delaying it. This topic would often lead to fights,” said a source. 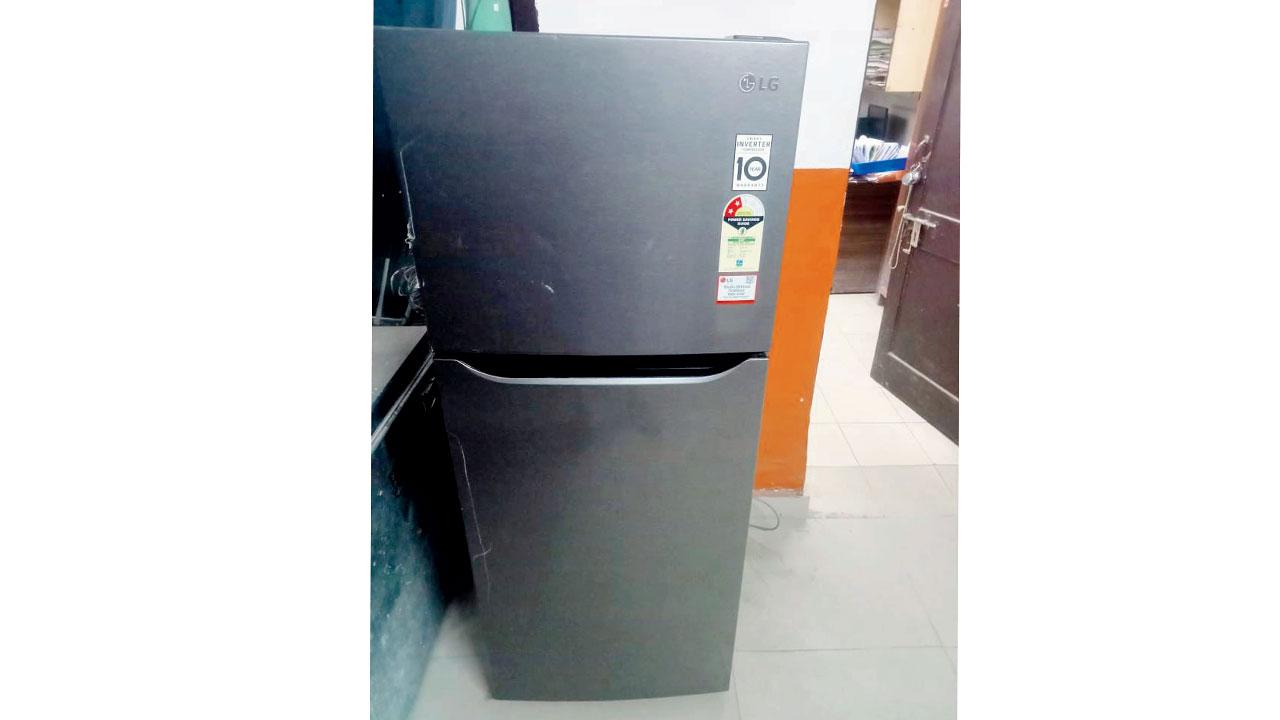 The fridge in which Poonawala stored the chopped up body parts of Shraddha Walkar. Pics/Hanif Patel

“On May 18, they had an argument over the topic again and it escalated into fisticuffs. Poonawala grabbed Walkar by her neck and strangled her. After realising that she was dead, he decided to dispose of the body,” said a senior officer. “On May 19, Poonawala locked the house and went to Tilak Electronics in Chhatarpur area from where he purchased a 260-litre double-door refrigerator,” said the officer.

mid-day contacted the shop owner, Tilak Raj, who said, “He walked into our shop like any other customer, and looked as cool as a cucumber. He selected one double door refrigerator and made the payment through a credit card, then loaded the fridge in a rickshaw and left.” “He was not looking disturbed or scared at all,” Raj added.