BJP has numbers to win 4 seats, but is confident of bagging fifth seat too; with 44 MLAs, Cong will need to work hard to ensure two wins 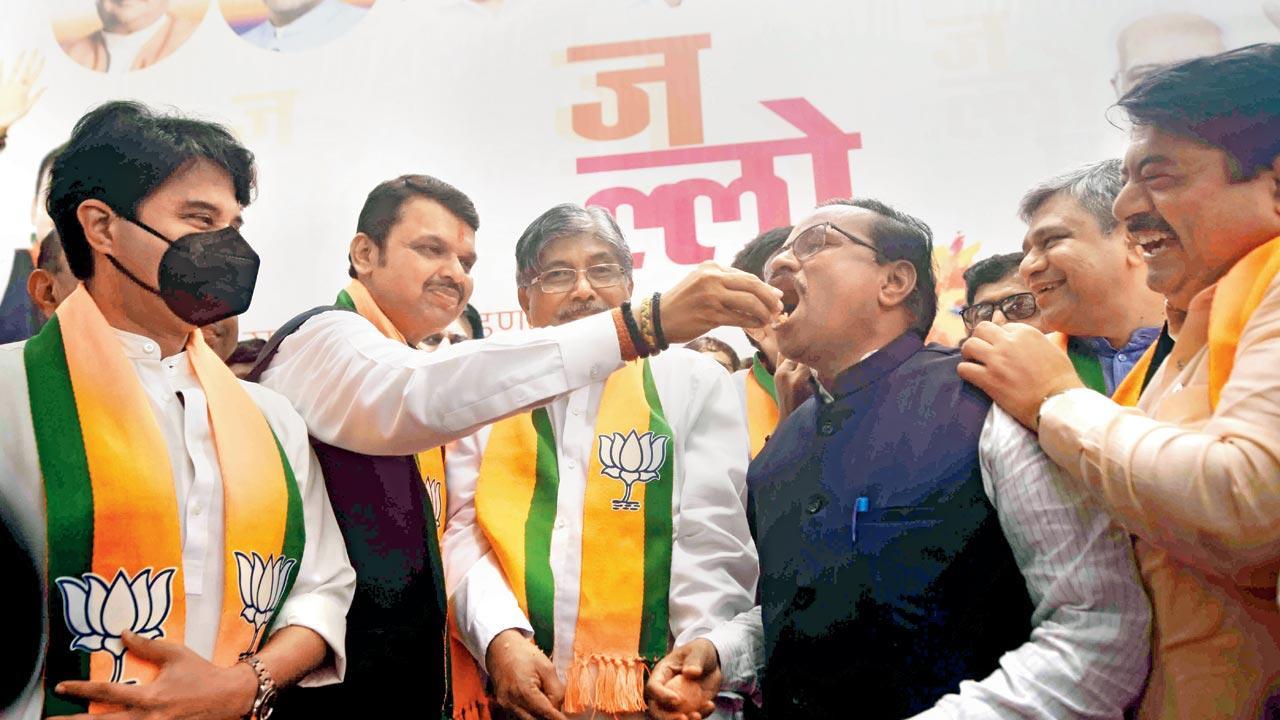 
The Congress chose not to withdraw any of its candidates in the June 20 Legislative Council elections and instead challenge the Bharatiya Janata Party that has kept five nominees in the fray with a resolve to repeat the Rajya Sabha poll upset.

The polling is inevitable because the BJP has put in five candidates, and the Shiv Sena, the Congress and the Nationalist Congress Party two each. There are 10 vacancies available with 11 politicians staking claims. The members of the Assembly will vote. Though the fight seems to be between the BJP and Congress who have fielded extra candidates, but it is also said that two other parties could also get upset in a secret ballot, which will be a decisive factor in case of cross-voting. In addition, a complex vote counting process can go against anyone, including a confident BJP.

Unlike other MVA partners, the Congress, with only 44 MLAs, will have to garner additional support. Sources said a section of the party wanted 22 votes each to be given to two candidates so that both are not stressed much and manage to win by getting a few more votes from others. The quota of votes for the winning candidate is expected to be 26.

Being the single largest party, the BJP has numbers that can easily win four candidates, but it is confident of gathering extra strength to bag the fifth seat as well. The BJP had filed six nominations, but its ally Sadabhau Khot withdrew his papers on Monday. NCP’s dummy candidate Shivajirao Garje also backed out.

Shiv Sena and NCP are in a position to win two each, but will not have spare votes becasue they too need extra support, albeit much less than the Congress, to be on a safer side. Since the Rajya Sabha upset has made MVA parties conscious, it won’t be surprising if the Sena and NCP ensure their victories instead of risking their chances in secret ballot elections.

Unlike the RS polls in which party members have to get their votes verified from their respective poll agents, the Council elections do not have such a provision. There have been instances of cross-voting by official party members in the past. Independents enjoy a secret ballot in both elections.

Taking a cue from the RS victory, the opposition leader Devendra Fadnavis expected the BJP to score even better in the Council polls. “It is no secret that there is unrest in the MVA, and it has reflected in the Rajya Sabha poll results. It may not be that easy but we expect more than the Rajya Sabha.”

He said the Congress imposed the elections by not withdrawing its candidate. “We withdrew one. Attempts have been made to convince the Congress even by the MVA partners, but it refused to hold back,” said the ex-CM.

Congress legislative party leader Balasaheb Thorat was confident of winning both seats. “The Rajya Sabha results will have no bearing on this election. We’re studying what has gone wrong and working to correct it.” . NCP boss Sharad Pawar presided over a meeting of senior party leaders and told them to prevent the repeat of the RS polls.