Consumed 'ganja' in US for relief from sleeping disorder: Aryan Khan told NCB

In one of his statements before the NCB, Aryan Khan admitted that he started smoking ganja in the US in 2018 when he was doing graduation there, as per the charge-sheet 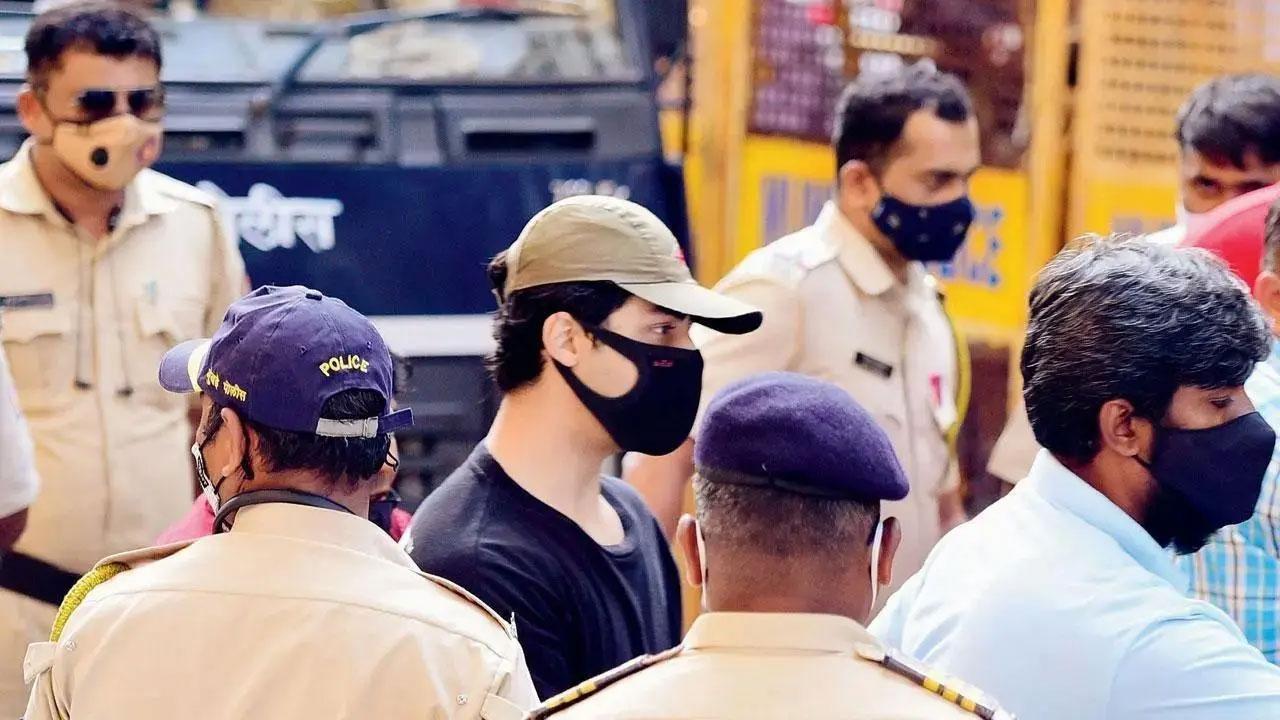 
Bollywood superstar Shah Rukh Khan's son Aryan Khan, who has got a clean chit in last year's drugs-on-cruise case, had told the Narcotics Control Bureau (NCB) that he started consuming 'ganja' during his graduation days in the US as he was having a sleeping disorder, as per a charge sheet filed by the agency.

The NCB on Friday filed a charge-sheet in a Mumbai court against 14 out of 20 people, who were arrested in the case last October following a raid on a cruise ship and alleged seizure of drugs. Six of them, including Aryan Khan, were not named due to lack of evidence, the central agency said.

In one of his statements before the NCB, Aryan Khan admitted that he started smoking ganja in the US in 2018 when he was doing graduation there, as per the charge-sheet. During that time, he was having "some sleeping disorders and he read over a few internet articles that ganja smoking can help in this regard," he told the agency. In another statement, Aryan Khan admitted that the incriminating WhatsApp drug chat found in his mobile phone was done by him, the NCB said.

He also told the agency that he knows a dealer in Bandra (area of Mumbai), but does not know his name or exact location as primarily he (the dealer) is known to his friend Aachit, a co-accused in the case, said the charge-sheet. The NCB, while giving a clean chit to Aryan Khan in the drugs-on-cruise case, had said there was no recovery of drugs from him or any concrete evidence to prove that he conspired with the other accused.

During the analysis of voluntary statements of Aryan Khan and Arbaaz A Merchant, a co-accused, it came to light that Merchant in none of his statements claimed that the six gm charas recovered from his possession was meant for consumption by Aryan Khan, the charge-sheet said. It further stated that Aryan Khan, in his voluntary statements, also never accepted that the recovered charas was to be consumed by him. "In fact, Arbaaz in his statement of October 6, 2021, stated that he was warned by Aryan Khan not to carry any narcotic drug on the cruise," the NCB said.

Also, Aryan Khan's mobile phone was not formally seized and none of the chats recovered from his phone connect him to the present case, it said. "No recovery of drugs from Aryan Khan and non-availability of any concrete evidence which could prove role of Aryan Khan or his conspiracy with Arbaaz A Merchant or any other accused in the instant case beyond reasonable doubt, surfaced during the investigation carried so far. Hence, no complaint is being filed against him in the instant case," the charge-sheet said.

But, the charge-sheet mentioned that in one his statements before the probe agency, Aryan Khan accepted that he had consumed Marijuana when he was in Los Angeles, US, on an experimental basis for recreational purpose. He had also accepted his WhatsApp chats with another accused Aachit for drug procurement. Aryan Khan stated that they talked about buying "Dokha", a word used for weed, the charge-sheet said.

Further, in a statement, Aryan Khan admitted to his chat conversation with actress Ananya Pandey regarding weed procurement and said those messages were sent through the i-message feature of the iphone, the charge-sheet claimed. Accordingly, a voluntary statement Pandey was recorded. When she was shown the drug chats held in 2019, she acknowledged the chats by putting her signatures and said the chats related to weed were made "in jest and it was a joke in an attempt to be funny," the charge-sheet said.

"She told that all the chats held with Aryan were an extension of the same joke as mentioned earlier. Ananya Pandey told that Aryan is lying and she is completely unaware why Aryan said something like this," the charge-sheet claimed. Based on the disclosure made by Aryan Khan, a follow-up action against Ananya Pandey was carried out on October 21 last year. Upon search of her house, no illicit contraband was found, however, some electronic gadgets were recovered and seized, the charge-sheet said.

Next Story : Mumbai: Water cut in parts of city from May 31-June 1