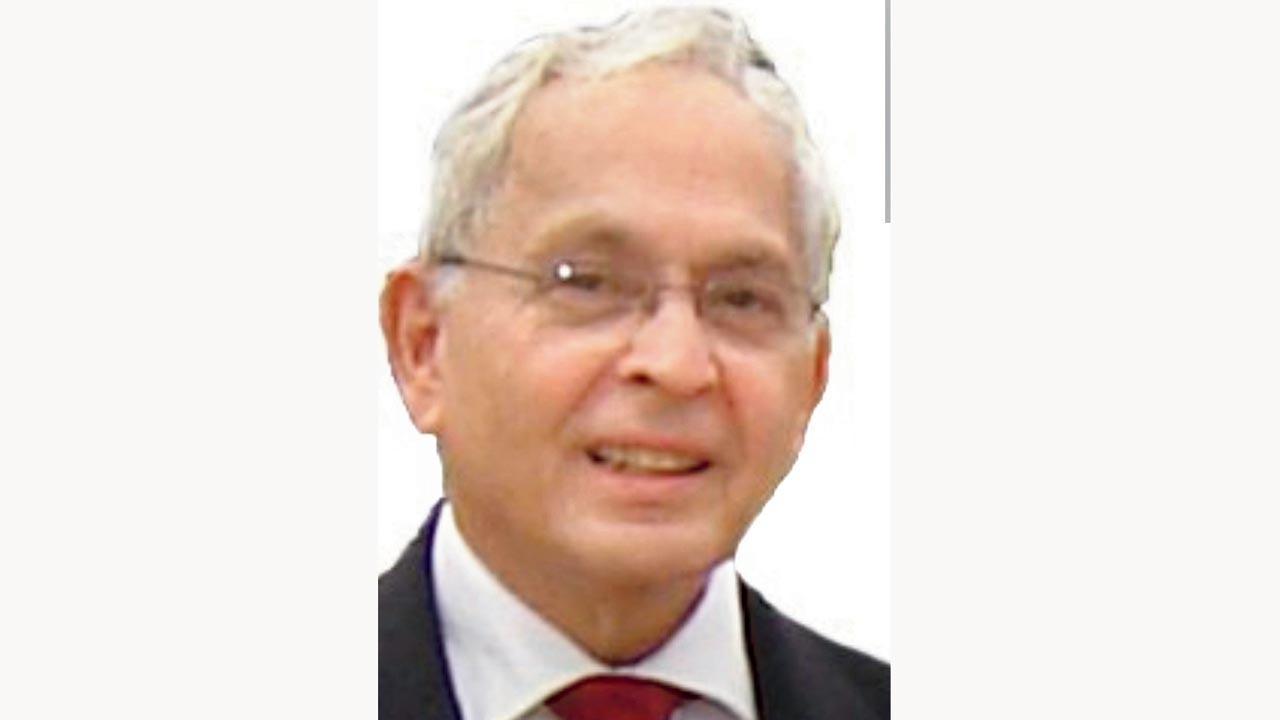 
Surgeon and gastroenterologist Dr Tehemton Erach Udwadia passed away on Saturday, bringing a somber, reflective end to the first week of the New Year. The father of laparoscopic surgery in India, took his leave from earth and quick-as-a-blink social media started buzzing, first with the news, and then with the tributes for the Mumbai-based Padma Bhushan recipient.

If the tenor of all those tributes, respectful memories and anecdotes could be summed up: it was a consummate professional, perfect gentleman.

That is what former Bombay Parsi Panchayat (BPP) chairman Dinshaw Mehta has experienced. Mehta explained,  “Dr Udwadia was a strict disciplinarian. He would not tolerate a lapse from staffers or junior doctors but do not mistake that for harshness. He was, in fact, a very kind-hearted person, and an icon of the Parsi community for over 50 years. His son Rushad is an equally eminent surgeon now settled in Canada.” 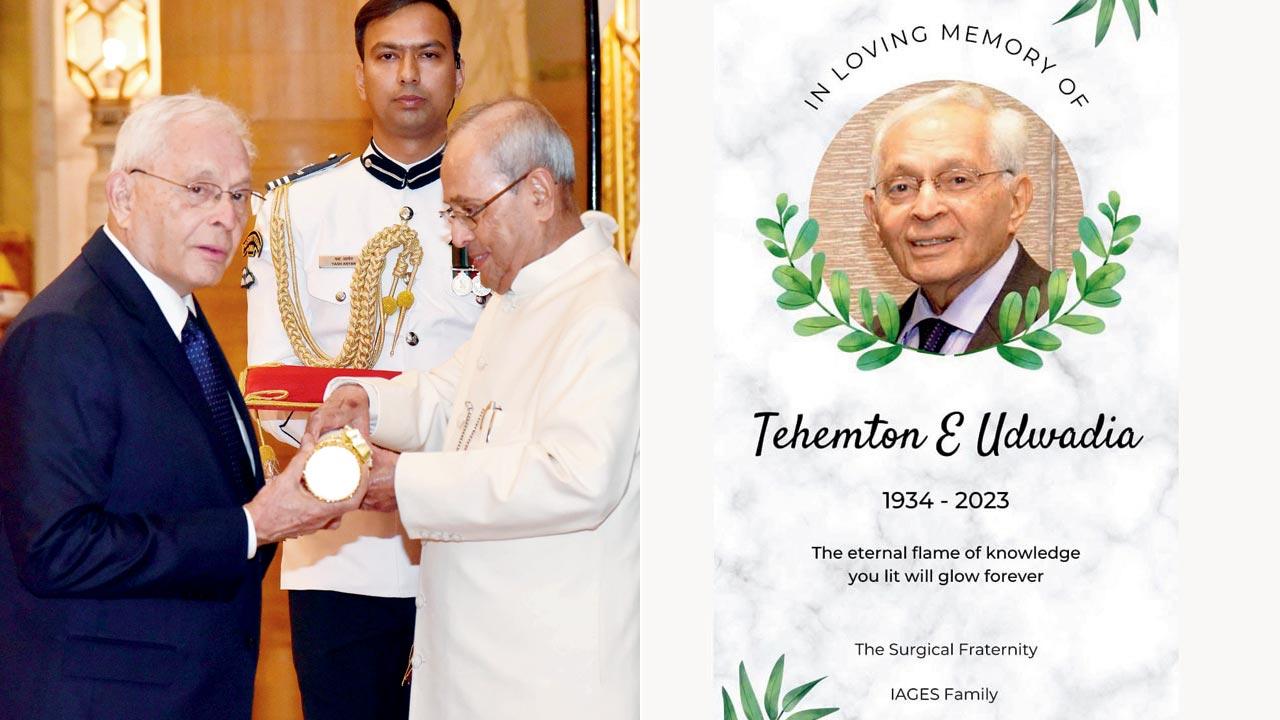 President Pranab Mukherjee presents the Padma Bhushan to Dr Udwadia in 2017. Pic/Ministry of Information and Broadcasting; (right) One of the tribute posters on social media

Dr Hemant Morparia, consulting radiologist, Breach Candy Hospital recalled scalpel and smiles went together. “He really had a superb sense of humour. Our meetings in the hospital corridor would inevitably have him telling me to send him my recent cartoons!” (Dr Morparia is a cartoonist). I would call him, “a larger than life figure, a pioneering surgeon, one of the best of his kind.”

Viraf Mehta of the Bombay Parsi Panchayat (BPP) succinctly called him, “a gem.” In fact, Mehta’s lines really sum up his enormous influence on his community and the stirring pride they have in their surgeon as he added, “Every Parsi family has a member who has been treated by him, or one of the doctors in the Udwadia family. This goes beyond community though. It is not just us, but the city that has lost a great soul and a fabulous doctor. We all mourn his loss.”

Also read: Mumbai: ‘Cannot just hand over hospital to anyone’

Sometimes surgeons are not just known by their skill but their words of wisdom that transcend the operating table. Goa’s surgical oncologist Dr Shekhar Salkar stated that he had never had an opportunity to work with Dr Tehemton Udwadia, “but I worked with his son Rushad at Sion Hospital years earlier. Dr Udwadia of course, was the father of keyhole surgery in India. Yet, it was his statement that impacted me the most. He was the one who said to be a good surgeon, you must know when ‘not’ to operate.”

Zinia Lawyer, managing director, Bakhtawar Construction Pvt Ltd said, “He will be dearly missed and remembered. He has operated on me, I remember him as so soft-spoken and courteous.” Pervez Cooper, an activist from Colaba said, “Dr Tehempton Udwadia gave my uncle a second life when he operated upon him. I know for sure that he has treated poor patients for free.”

Noshir Dadrawala, former BPP trustee seconded the free treatment for poor patients. He said, he never charged priests or the poor. I remember Dr Udwadia in crisp, all-white, and he looked dashing even as he got along in years.”

They say the true test of personality comes when you do not have to demand respect, you simply  command it. “The doctor commanded respect,”s aid Dadrawala, “of all those who trained under him.

He has performed surgery on a couple of family members and I remember how, prior to the surgery, he would make the anxious patient laugh to take away the fear of the most complicated of procedures.”

Today, eulogies and words like legend, greatest, iconic are at times, loosely and undeservedly used. Yet, these adjectives may fall short for the doc for who perhaps the words of Henry Wadsworth Longfellow are a better fit: ‘Lives of great men all remind us, We can make our lives sublime, and departing, leave behind us, footprints on the sands of time.’