The hospital has initiated an inquiry as electronic devices and metal objects are not allowed in the MRI room, adding that they will take action against the person responsible 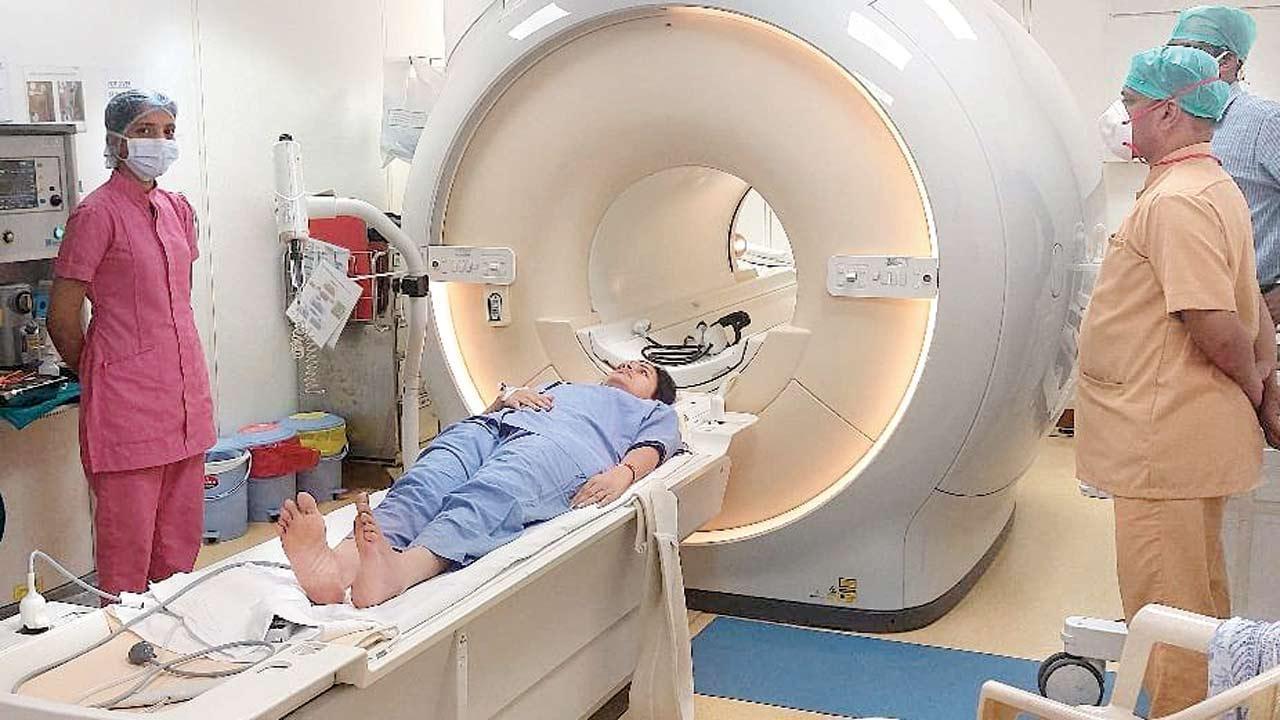 
Lilavati Hospital witnessed a high-voltage drama on Monday as Shiv Sena leaders trooped in, to question the administration how someone managed to take a photo of Amravati MP Navneet Rana while she was undergoing a scan. The H West ward office has also sent a show-cause notice to the hospital in the matter. The hospital has initiated an inquiry as electronic devices and metal objects are not allowed in the MRI room, adding that they will take action against the person responsible.

Navneet and her MLA husband Ravi Rana were arrested on April 23 in connection with the Hanuman Chalisa row and were released on bail a few days later. Immediately after her release, she was taken to the hospital due to complaints of neck and back pain. She underwent MRI on May 6 and 7, and a photo of her undergoing the scan surfaced on social media and went viral.

Sena MLC Dr Manisha Kayande, who was part of the team along with former mayor Kishori Pednekar that visited the hospital, said, “Our concern is how can someone go with metal or electronic objects in the MRI room? We have asked the same question to the hospital authorities, too.”

The team also wrote a letter, signed by Kayande, to the hospital, stating: “The news that Mrs Navneet Rana was admitted to Lilavati Hospital from jail was being shown through all media. During the treatment, the patient is taken to the MRI machine for examination where no metal objects are allowed. Earlier, relatives of a patient were killed when an iron gas cylinder was pulled into an MRI machine at Nair Hospital. How did the Lilavati Hospital administration allow the photographer or the cameraman in the machine room while conducting testing? If the MP’s life was in danger, would the hospital have taken responsibility?”

Kayande added, “If MP Rana can share her MRI photo then why not her MRI report? She must share the report on the social media platform too.” Dr S Ravishankar, hospital CEO, told mid-day, “Patient Navneet Rana is an MP, and so she has her security. Many other ministers who get admitted here also come with their security. As per the patient’s consultant, MRI of the abdomen and spine was done on May 6 and 7...But it happened at a time when the staff was busy talking to the patient, and someone took a photo from behind.”

“We have received a show-cause notice from the assistant municipal commissioner of H West ward for investigation and we have to submit a report. We are investigating the matter and trying to find out who is responsible for the security lapse. Strict action will be taken,” he added. Asked about doing a favour under political pressure, he said, “We are doctors and healthcare givers. For us a patient is a patient. We do not see which society they come from, or which party they are affiliated to. Our job is to treat the person.”