As per the foundation's report, 101.6dB was from drums on the road outside Shivaji Park, next to a school and nursing home, while the highest noise level 91.6dB at BKC was witnessed when Shinde was welcomed at the event 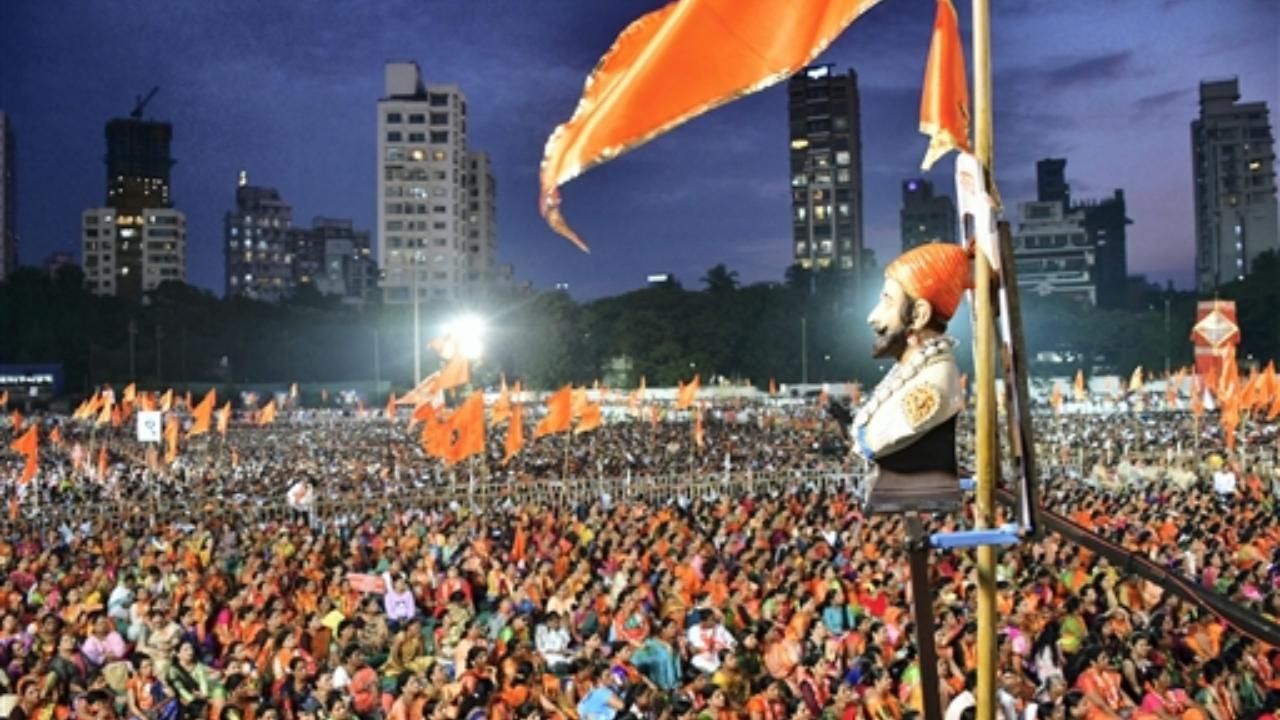 Shiv Sena supporters during their Dussehra Rally at Dadar. Pic/PTI


The noise levels at the Dussehra rallies held by both factions of the Shiv Sena crossed the permissible limits, with Uddhav Thackeray's event at Shivaji Park being noisier, a report by an NGO here revealed.

The NGO and charitable trust submitted a noise-level monitoring report of the rallies held on Wednesday to Mumbai Police Commissioner Vivek Phansalkar and sought "appropriate action in accordance with the Noise Pollution Rules".

Sumaira Abdulali, president of Awaaz Foundation told PTI that the permissible noise level is 55dB in Shivaji Park, which is a residential zone, while it is 65dB at Bandra Kurla complex, which falls in the category of commercial zone.

As per the foundation's report, 101.6dB was from drums on the road outside Shivaji Park, next to a school and nursing home, while the highest noise level 91.6dB at BKC was witnessed when Shinde was welcomed at the event.

The report further revealed that the speech made by former mayor Kishori Pednekar was the "loudest" in the Thackeray faction's rally at Shivaji Park and it recorded a maximum of 97dB, while Shinde's speech logged 89.6dB, which was the highest at the Bandra Kurla Complex.

In 2019, at the last event held at Shivaji Park before lockdown, the highest decibel level recorded was from Eknath Shinde's speech at 93.9dB, the report highlighted.
Shivaji Park is a residential zone and was declared a silence zone by a Bombay High Court order due to the presence of a school and nursing home.

After the Noise Rules were amended in 2017, the State Government has not re-notified it as a silence zone.

"The readings at Bandra Kurla Complex were taken outside the ground on the road a little distance away. There are no residential or silence zones in the area, which is mostly commercial," the report states.