Elgar case: 4 days after SC order, activist Navlakha yet to be placed under house arrest

However, till Monday evening he was still in prison as formalities for his release could not be completed. 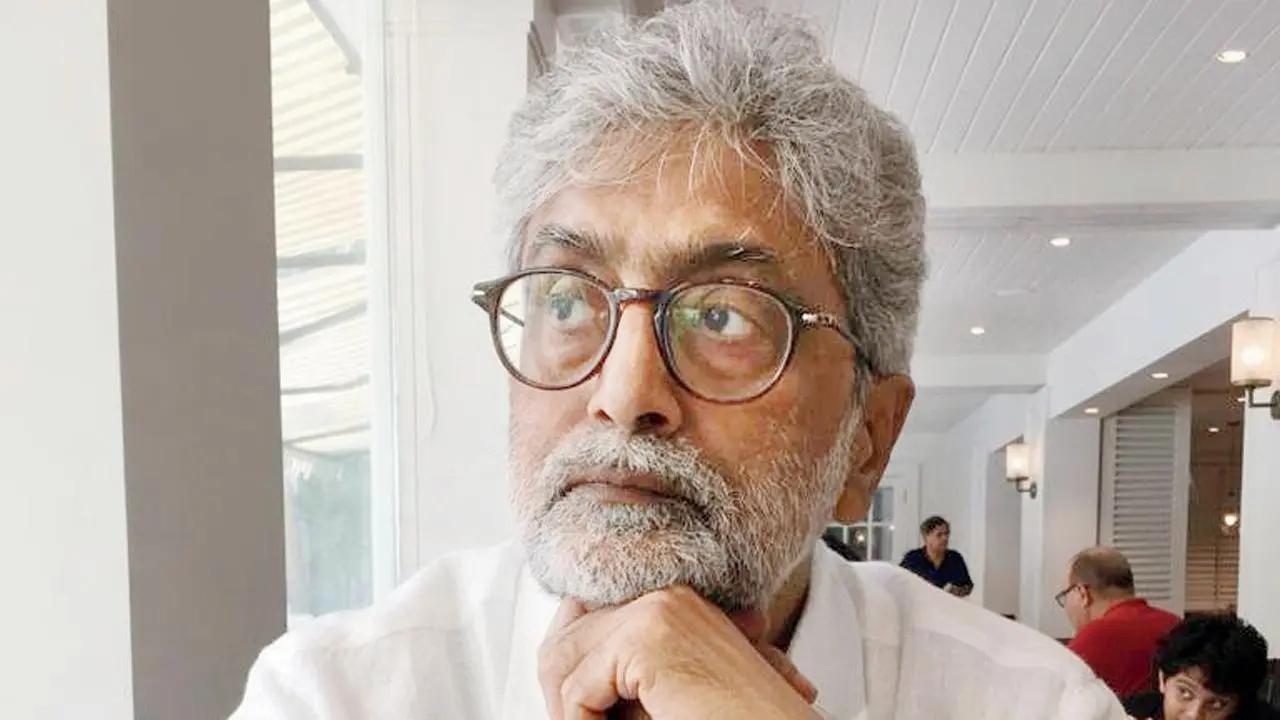 
Jailed human rights activist Gautam Navlakha, who was last week allowed to be placed under house arrest for a month by the Supreme Court owing to his medical condition, is yet to walk out of Navi Mumbai's Taloja prison, where he is lodged in connection with the Elgar Parishad-Maoist links case, as formalities for his release are still under process.

The 70-year-old activist, who claims to suffer from multiple ailments, is in custody since April 2020 in the 2017-18 case. On November 10, the Supreme Court allowed Navlakha to be put under house arrest for a month with certain conditions and had said its order should be implemented within 48 hours.

However, till Monday evening he was still in prison as formalities for his release could not be completed.

According to his lawyer, formalities for Navlakha's release from jail were initiated on Monday before a special NIA (National Investigation Agency) court in Mumbai that is hearing the case against him.

Once released from prison, Navlakha will be staying at Belapur in Navi Mumbai under surveillance. The septuagenarian shall not be allowed to leave Mumbai, as per the SC order.

His lawyer on Monday apprised special NIA Judge Rajesh Katariya, presiding over the case, of the Supreme Court order on house arrest and initiated the process for filing surety as per the condition set by the apex court to complete his release formalities.

The SC had imposed a slew of conditions by which Navlakha would have to stay in Mumbai, deposit Rs 2.4 lakh as expenses for security, CCTV cameras would have to be installed outside the rooms and at entry and exit points of the house where he will be staying.

Navlakha will not be allowed to leave the house except for walks in the company of police personnel, but permitted to meet his lawyers as per Jail Manual rules and inform cops in case of a medical emergency, the apex court said last week.

It also said the activist will not be allowed to use a computer or the internet during the period of his house arrest. He will, however, be permitted to use a mobile phone without the internet provided by police personnel on duty once a day for ten minutes in their presence.

Access to television and newspapers will be allowed, but these cannot be interest-based, the SC maintained in its order.

It also allowed the Maharashtra police to search and inspect the residence and said the accommodation would be under surveillance.

The Supreme Court has listed the matter for hearing in the second week of December by when the prosecuting agency NIA has been asked to obtain a fresh medical report on the accused.

Navlakha had sought to be shifted from the Taloja prison and placed under house arrest owing to ill health.

The activist moved the SC against the April 26 order of the Bombay High Court dismissing his plea for house arrest over apprehensions of lack of adequate medical and other basic facilities in the Taloja jail.

The case relates to alleged inflammatory speeches made at the 'Elgar Parishad' conclave held in Pune on December 31, 2017, which the police claimed triggered violence the next day near the Koregaon -Bhima war memorial on the outskirts of the western Maharashtra city.

According to the Pune police, people linked to banned Naxalite groups had organized the programme.

The case, in which over a dozen activists and academicians have been named as accused, was later handed over to the NIA.

Do you think BMC is spreading enough awareness about measles?