How many people take the Mumbai local trains every day?

To find the answer to this, railway officials have hired surveyors who will travel on local trains and count passengers; authorities believe the current number is 80 lakh 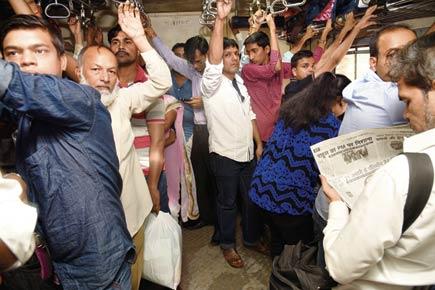 The railway planning head of Mumbai Rail Vikas Corporation (MRVC) has begun a survey to count people using local trains, and will soon present the latest figure of commuters travelling on over 3,000 local train services every day. Senior railway officials believe that the current number of daily commuters is 80 lakh but the figure could be higher. When the last survey was done in 2006, the figure stood at 67 lakh. 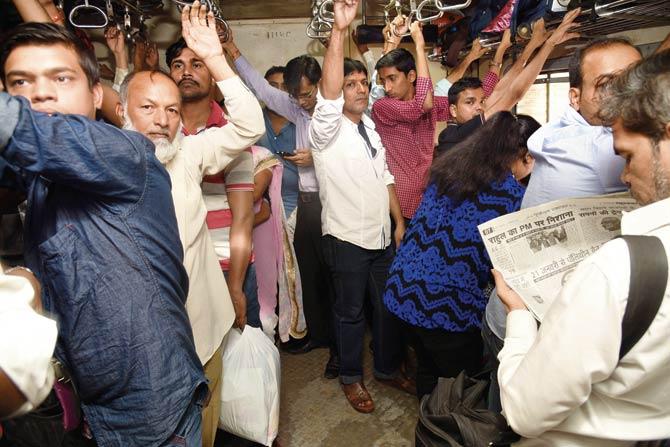 There are over 3,000 services on both lines every day. Representation pic

The first leg of this survey was on Western Railway (WR), and in a day or two it will be done on the Central Railway (CR). Sources said that the head count survey began on April 26 on WR and was completed yesterday — the weekends and public holidays weren’t included.

The survey
The survey was done inside the local trains, and the count of people was taken during morning and evening peak hours. The peak hours are 8 am-11.30 am and 5 pm-8.30 pm. The surveyors travelled on all possible routes — 10 different sections — on the Western main and Harbour lines, from the starting point of the service to the last station. They will also travel on Harbour and trans-harbour routes on Central Railways.

“We will be checking the density of the crowd inside local trains in this survey. The enumerators will count the number of people boarding and alighting,” said Prabhat Ranjan, chief PRO, MRVC. On an average, 20 people will be manning the doors of the first class, second class and and ladies compartments.

The enumerators will stand — two at each door — in the trains during peak hours and using research formulae, they will also calculate the possible numbers of people travelling in non-peak hours.

These enumerators will also take pictures of the crowded train without disturbing the privacy of people.

Next Story : Manipuri woman molestation: Court will decide if she hit her attackers in self-defence, says cops