Deputy chief minister says the decision to stay away from the post was his own, and explains why he bowed to high command diktat 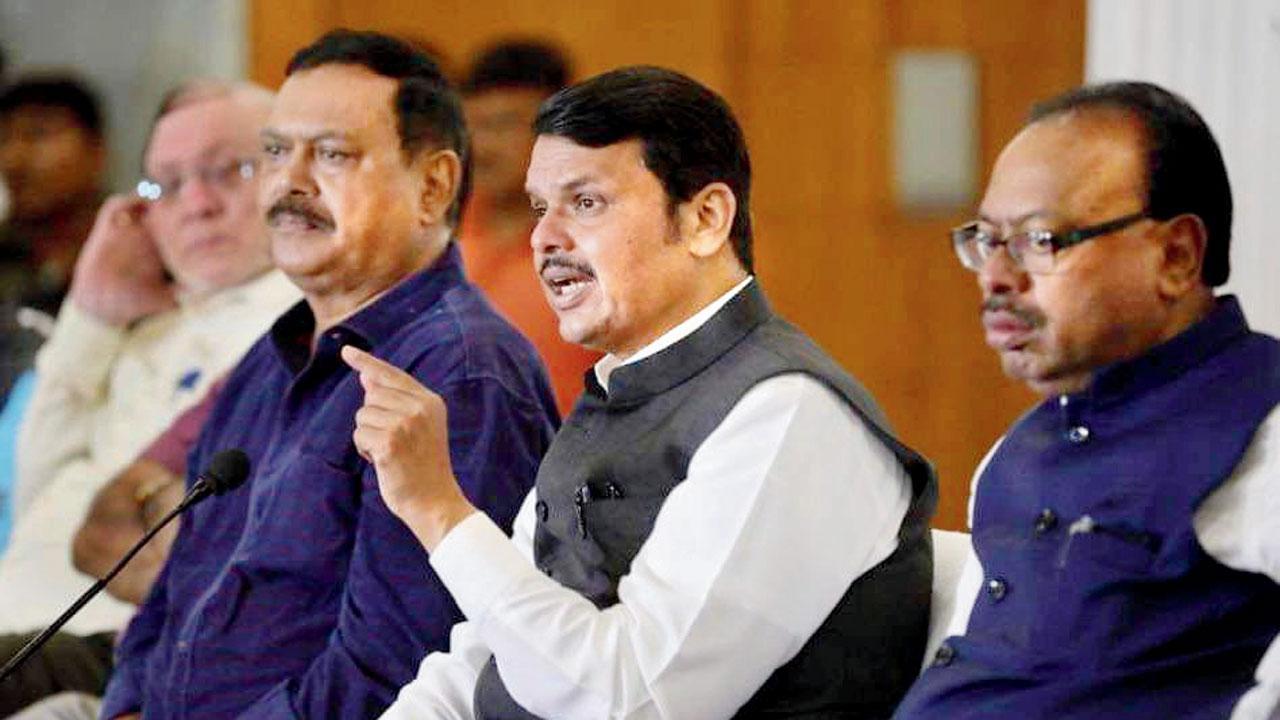 
"I moved  a proposal to the BJP high-command to make Eknath Shinde the chief minister and keep me out,” Deputy Chief Minister Devendra Fadnavis said at the Press Club in his hometown Nagpur on Tuesday. The Bharatiya Janata Party leader, who was welcomed by his party workers amid fanfare, said, “We could have demanded the CM’s post. Actually, I made a proposal to make Shinde the CM to my party seniors and they agreed. It was also decided that I will not be in the government.” 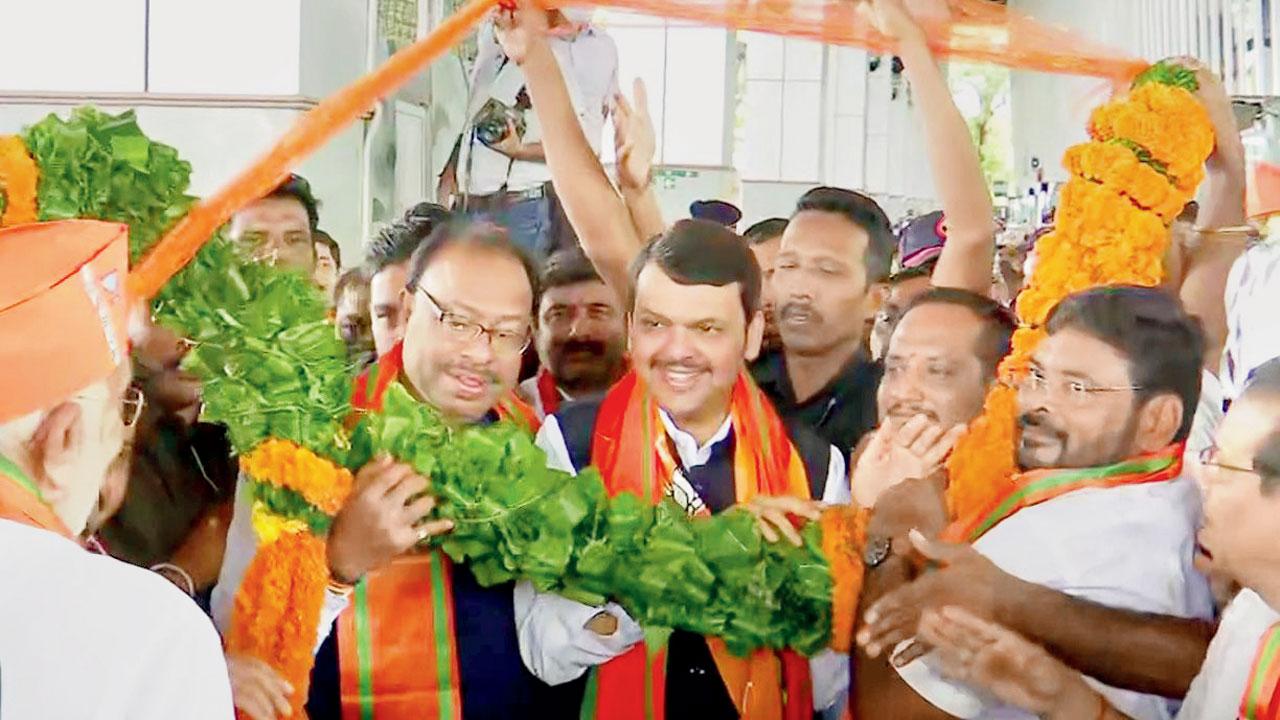 Deputy CM Devendra Fadnavis greeted by BJP leaders upon his arrival at the Nagpur airport on Tuesday. Pics/ANI

The deputy CM added that things changed when he reached home from the Raj Bhavan after announcing Shinde’s appointment. “When I was told about the change, I was not prepared mentally to take up the job. PM (Narendra) Modi ji discussed it with me. (J P) Naddaji told the media in Delhi that he had not only requested but also directed me to take oath alongwith Shinde. Amit (Shah) bhai also announced it,” Fadnavis added.

He said he was made the deputy CM because the party felt that the government cannot be run from outside through an extra constitutional authority the way some parties like the Congress have been doing. “They wanted me in the Cabinet. I followed the party’s directive and took the oath. I could have gone home as well if I was asked to,” he added. 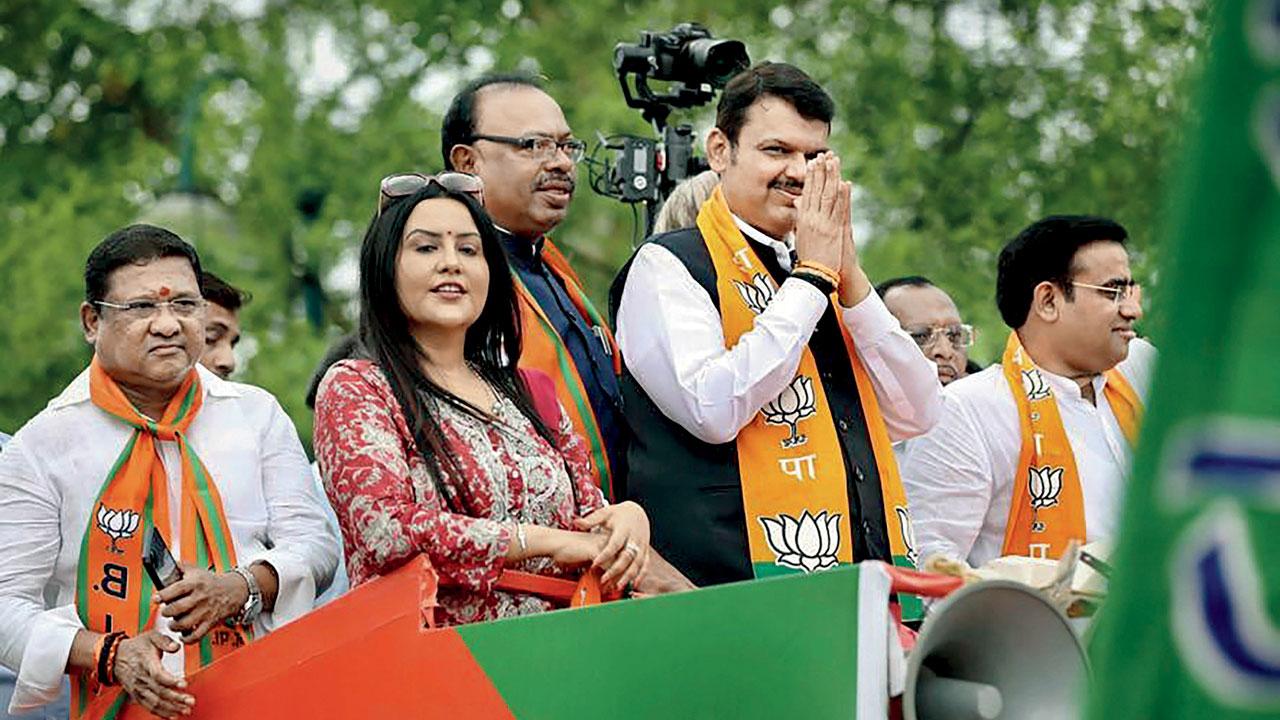 Deputy CM Devendra Fadnavis during a road show in Nagpur

Fadnavis said he would contribute the most to make Shinde’s tenure successful. “CM Shinde is a fine leader and I will stand in support of him. This government will run for the next two-and-a-half years for the benefit of the people,” he said. The leader also attributed a greater part of the success in snatching  50 MLAs from Uddhav Thackeray to Union home minister Amit Shah. “Without him (Shah) it wasn’t remotely possible,” he said.

Next Story : Kandivli tragedy: She was no more than my friend, says man accused of having relationship with murder victim