In Mumbai, 14 owe their lives to RPF

In the past five months, the Railway Protection Force of the Western Railway has saved 20 lives, including those in the city 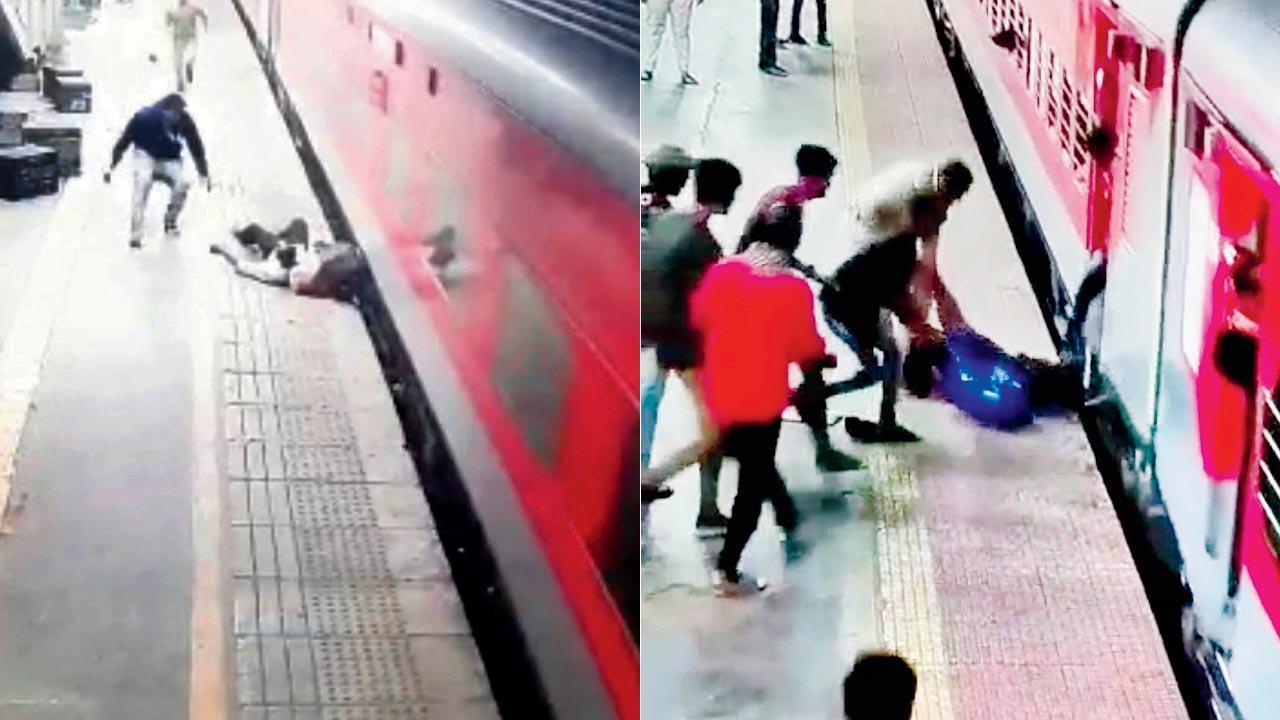 
The Railway Protection Force (RPF) of the Western Railway has saved 20 lives in the past 5 months. At least 14 of these cases were registered in Mumbai Division alone. Three were registered in Vadodara, two in Ratlam Division, and one in Rajkot Division.

Speaking to mid-day, Praveen Chandra Sinha, IG-cum-principal chief security commissioner, WR said, “The Western Railway RPF is deeply concerned about the safety and security of its passengers. RPF continuously strives to facilitate and enhance the security of its passengers. RPF also provides help especially to women and children in need of care and protection. Many times they have saved the lives of passengers who are sometimes negligent and in danger while boarding or alighting from running trains. They have also stopped people from committing suicide.”

“These soldiers of the RPF face diverse security challenges such as crime against passengers and railway properties, extreme violence, obstruction to train movement, and seizing narcotics in trains and on railway premises. They also have to retrieve passengers’ luggage, etc. And amidst all this they keep a close watch on the safety of passengers,” said Sinha.

During the year 2021 RPF personnel of WR saved the lives of 34 passengers; 18 of these cases were registered in Mumbai Division.
“As part of Mission Jeevan Rakshak, at times, RPF personnel have even risked their own lives. Some visuals of these lifesaving incidents have become viral on social media. Under Operation Matrishakti, women RPF personnel help pregnant women, who go into labour during their train journeys,” Sinha said.

He added that keeping the safety of passengers in mind, they have deployed more staff on trains and stations.

Next Story : Weather update: Light to moderate rainfall likely in Mumbai for next three days