In Taloja creek, sand mafia has a free pass

Unauthorised use of huge dredging machines, suction pumps can cause the busy Kalamboli bridge to collapse, say environmentalists 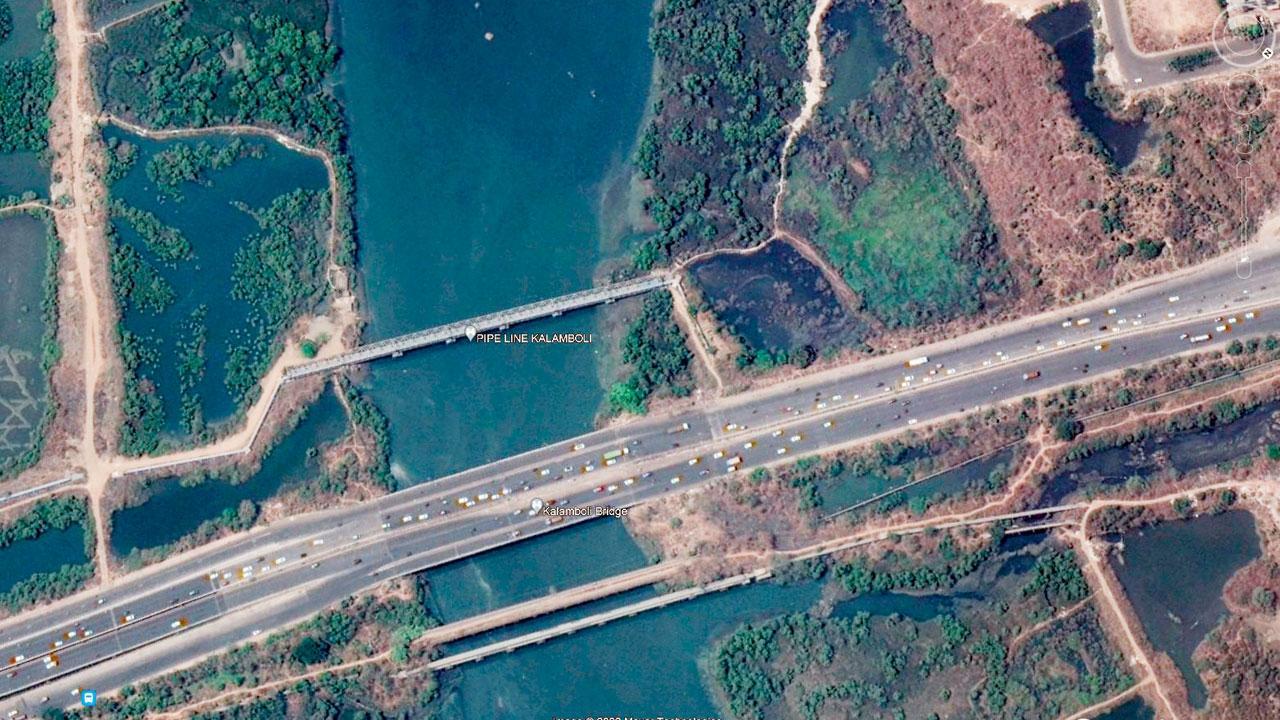 
The sand mafia is dredging in Navi Mumbai’s Taloja creek to scoop and sucking out sand despite restrictions, activists have said. If the unauthorised sand collection goes unchecked, it may cause the Kalamboli bridge in the vicinity to sink, they said. The sand diggers have also placed bunds to block tidal water from reaching the mangroves, which are drying up, said environmentalist Stalin D of non-profit Vanashakti.

Highlighting the illegalities, Stalin has written to a host of authorities, including the mangrove cell of the forest department, the Thane collector and the Union environment ministry, urging their intervention. 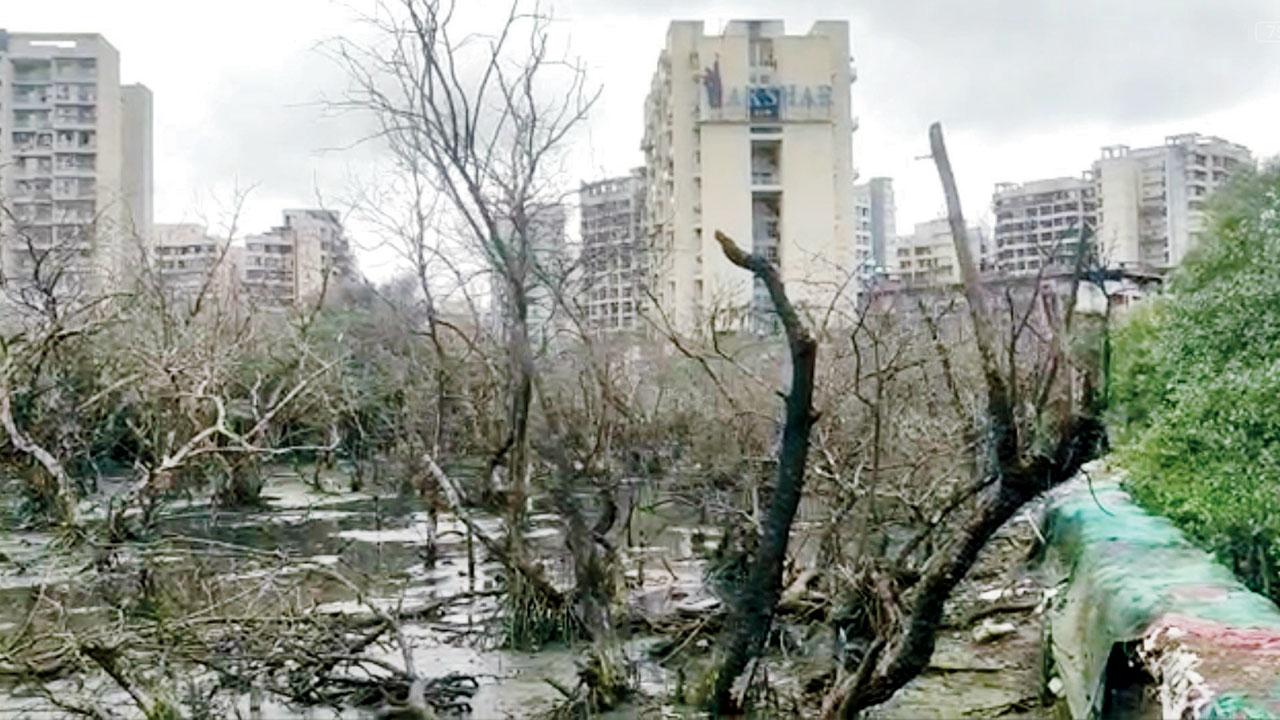 “Illegal sand mining and dredging have wiped out large stretches of mangroves in the Taloja creek. Large-scale sand mining using dredgers and suction pumps is underway daily at the site. We have visited the site and have taken photos and videos of the operation. A time series satellite imagery comparison over the past two years shows how large swathes of mangroves have disappeared due to this illegal activity,” Stalin told mid-day.

In his complaint to the authorities, Stalin said the forest department has expressed helplessness on the grounds that the development body CIDCO is yet to hand over the mangrove patches to it. Stalin has appealed to the collectors of Thane and Raigad to seize the boats and equipment used in sand mining and take action against the offenders. 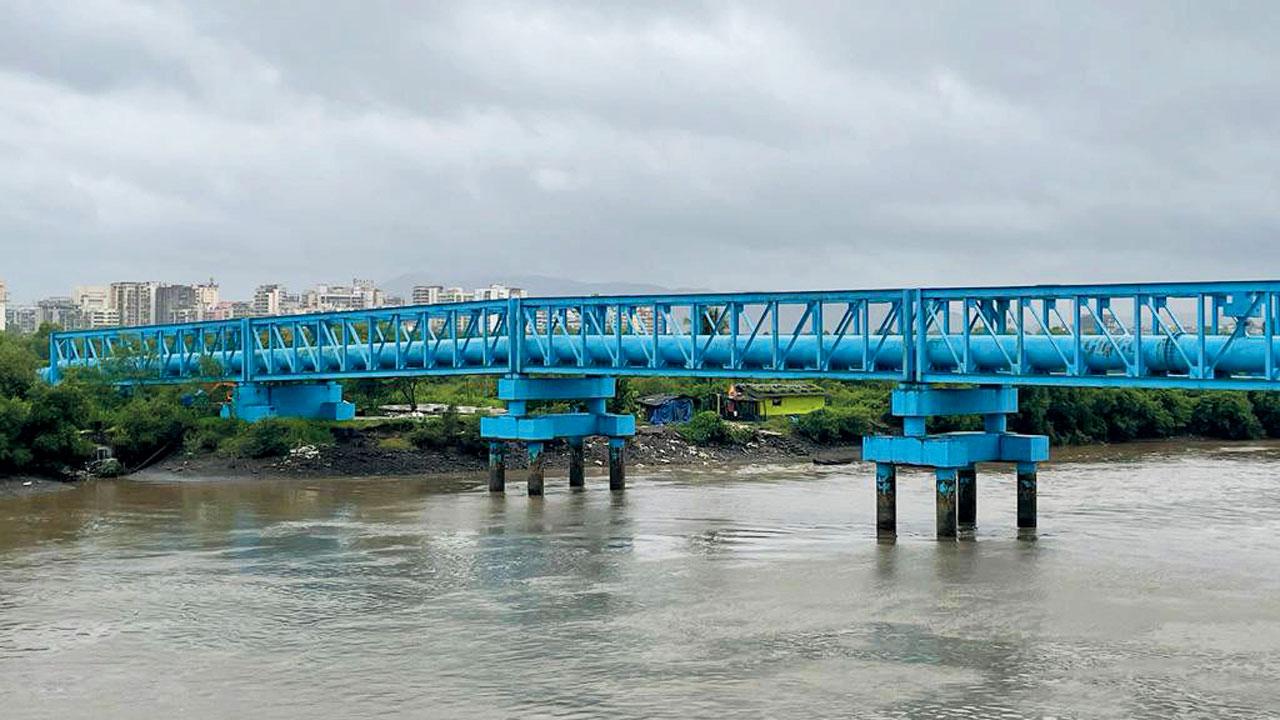 This pipeline runs parallel to the Kalamboli bridge. Both structures are in danger, say activists

“It is impossible that such large-scale illegal sand mining using suction pumps and mechanised dredgers can happen in broad daylight without the authorities knowing it. The nearby bridge will eventually sink if this dredging or sand mining continues,” he said.

While sand mining is banned in Maharashtra as it destroys the ecology of the waterbody, the destruction of mangroves is a punishable offence. Further down the road at survey number 56 at Kamothe, large swathes of Mangroves have died, Stalin has said in his letter.

“A bund has been made and huge mangrove trees have died due to stagnating water. Some unknown persons have started commercial activities of marble cutting next to the mangroves. A religious structure has also come up and the structure is expanding into the mangroves. We demand that the transfer of all mangroves under CIDCO’s jurisdiction be immediately done to the state forest department. 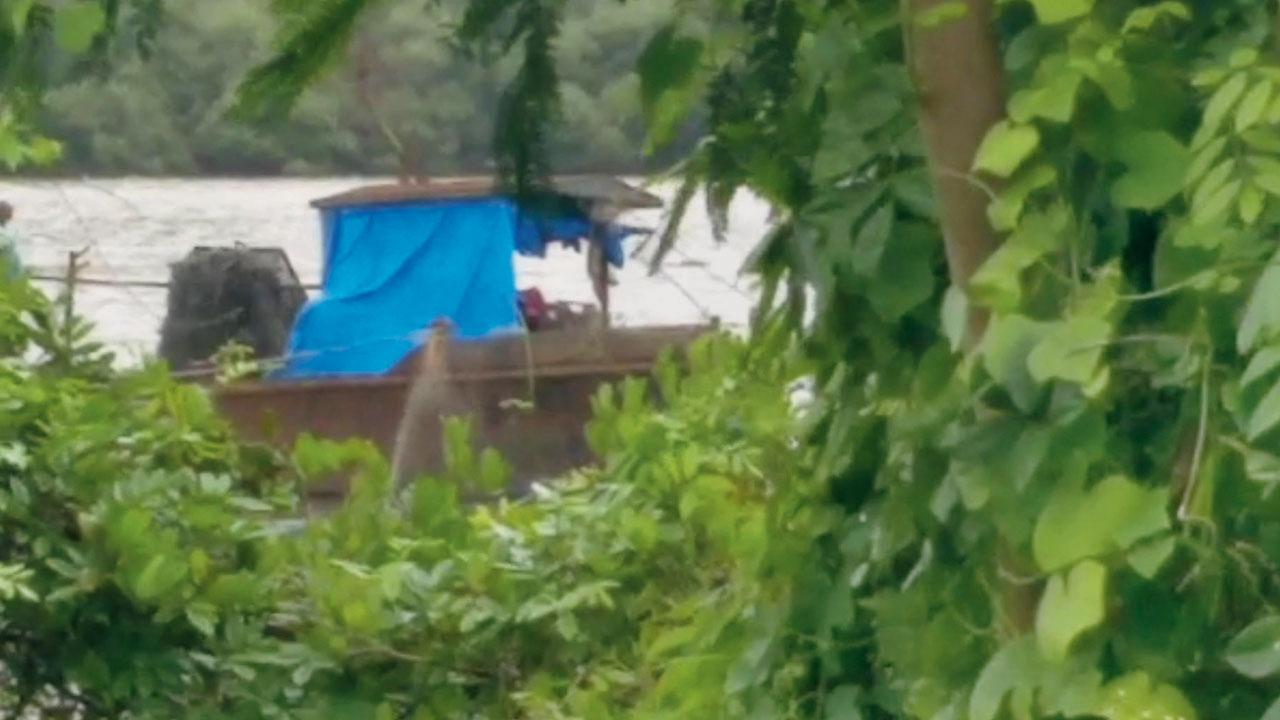 We will be raising these issues in the ongoing contempt petition PIL 14 of 2021 filed by us in the Hon’ble High Court of Bombay to ensure all mangroves are handed over to the forest department,” Stalin said. Other environmentalists called the state affairs at Taloja worrying.

Environmentalist Sunil Agarwal said, “Certain illegal activities can’t take place without the knowledge of authorities. Illegal sand mining is one of them. The Panvel tehsil office had raided an illegal sand mining site in October 2021 at Taloja creek in Kharghar node after receiving complaints from citizens, and seized two boats, motor pumps, sand filters and other paraphernalia that were used to illegally source the sand.” He said such elaborate arrangements cannot be put in place without the knowledge of authorities. “They act only after many complaints by citizens, instead of acting on their own to prevent illegal sand mining.” 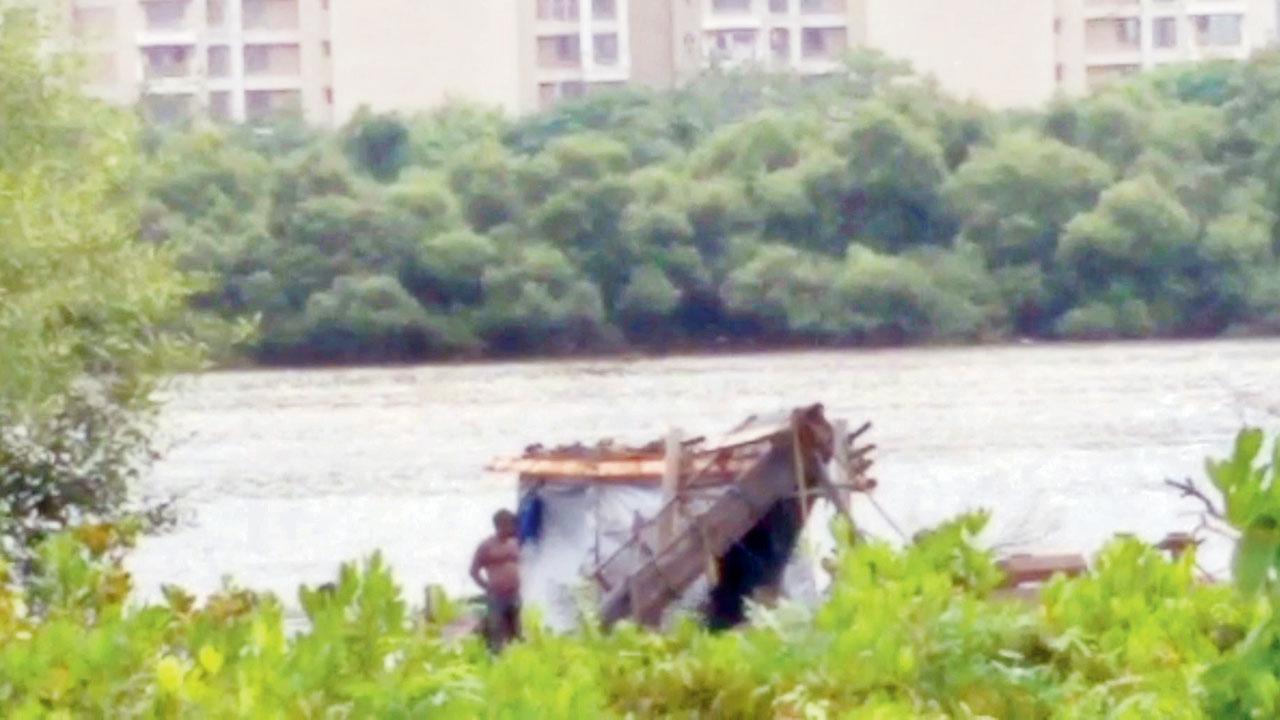 A sand mining site, with residential towers in the background, at Kharghar

NatConnect Foundation Director B N Kumar slammed authorities for turning a blind eye to the unauthorised business but offered a balanced view. “The construction industry needs sand and the government must regulate it and ensure that mining and supply are done properly. The muddy sand that is illegally drawn from the highly polluted creeks in MMR is not of good quality. Yet contractors go for shortcuts and trade in such bad quality sand.”

Environmentalist Nandakumar Pawar, head of Shri Ekvira Aai Pratishthan, said it’s not easy for officials to stop this illegal trade due to practical challenges. “Generally, these illegal, mechanised sand dredging sites are not easily accessible. It mostly happens in remote areas at night. It’s a tough job to reach such mining sites. Many times, the illegal sand miners confront authorities and chase them away.”

Like other environmentalists, Pawar was unwavering in his claim that the sand is being mined in connivance with local authorities. “They are aware of who are involved in these activities, but, unfortunately, authorities many a time turn a blind eye for obvious reasons.” Officials from CIDCO and revenue department didn’t respond to requests for their version.

Next Story : Mumbai: With no money after landing in city, 3 men hijack truck to return home, caught