The six claim they went there as it was the nearest port after vessel engine failed, but Mumbai-based owners have not paid them since, nor maintained ship which could sink 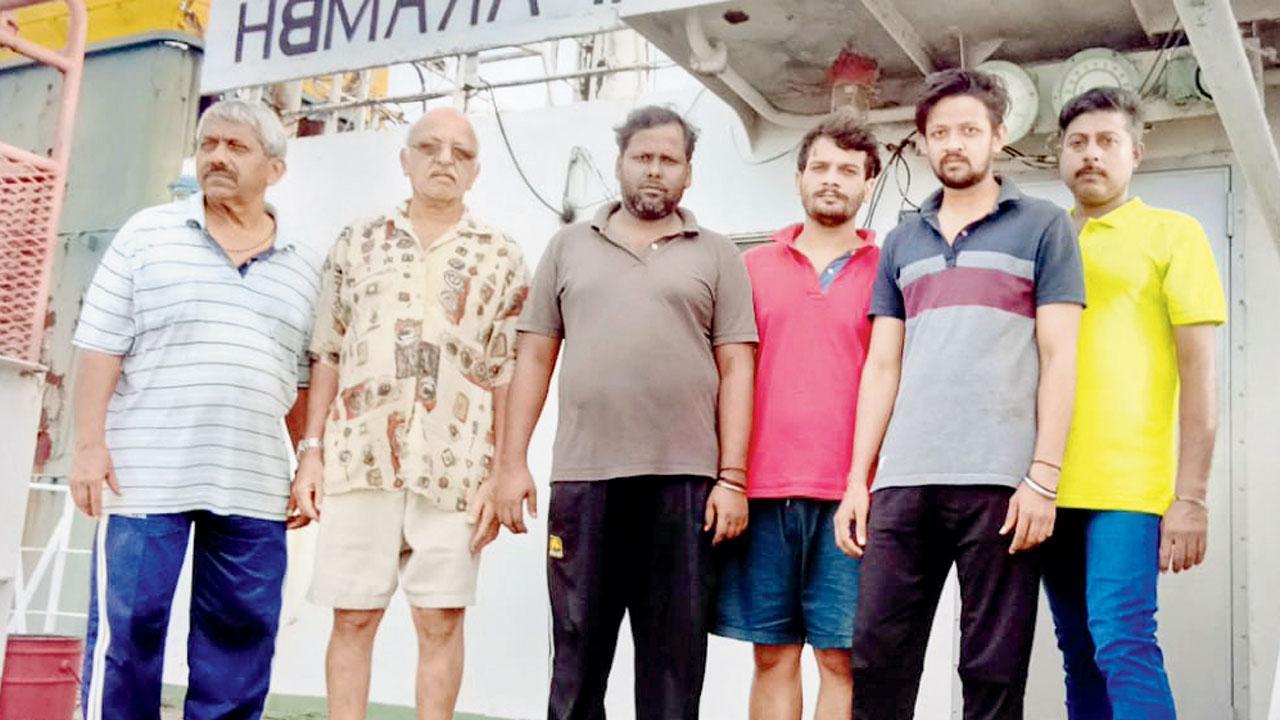 The six crew members who are stuck in Colombo since 2019


Six seafarers, stuck at a port in Colombo, claim they have not been paid their daily wages for past almost three years by their Mumbai-based employers. The sailors have approached a local court in Sri Lanka regarding the matter as they are stranded there since 2019.

The seafarers told mid-day that the condition of the Indian flag cargo vessel on which they work,  is dangerous, and there are multiple holes on the sides of MV Sai Arambh. It got corroded as the owners have allegedly not maintained it. They claim the fire department at the port has to pump out water at least twice a day else it will  sink. Family members of the sailors hope to see them back home but legal hurdles have kept them at Colombo port.

How they went to Colombo

Talking to mid-day, one of the six, motorman Pradeep Yadav said, “The ship needed repair work but nothing was done as the owner wanted us to sail from Vizag to Tuticorin Port in Tamil Nadu. The engine of the ship failed midway on October 2, 2019. As Sri Lanka was nearby, a tug boat was called  and our empty cargo vessel pulled to Colombo port, where we reached on October 18. After repair work the engine started to function in January 2020." 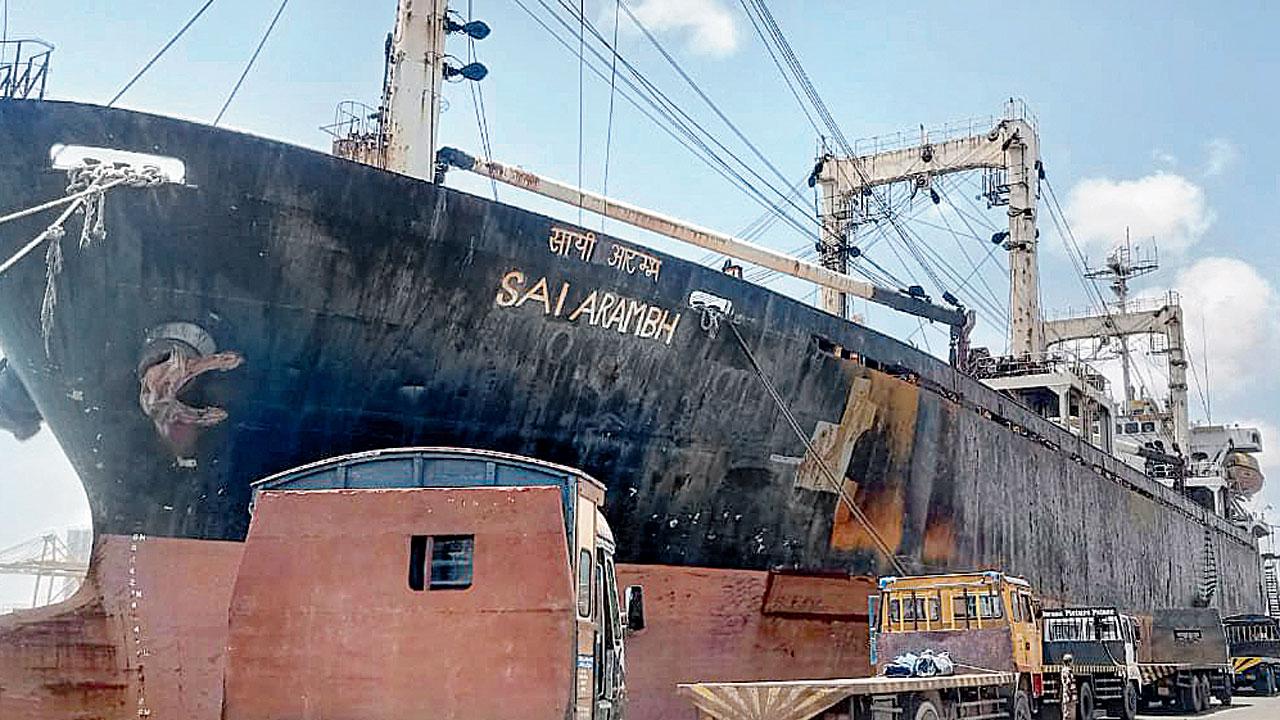 They say the ship is entirely corroded and could sink

He said the ship has two owners - Prafulla Ranjan and Hemant Dhanu. “Dhanu came to Colombo in December 2019 and assured us that we would all soon be paid,” he added. There were a total of 19 crew members on board. “None of us were paid salary. We wrote to the owners and sent several reminders but there was no response,” Yadav said.

After this, the seafarers approached a local court and filed a complaint against the owners. The ship was seized by Sri Lankan authorities. The court ordered minimal staff on the ship and so six seafarers remained. Yadav said a few officials from the Embassy of India in Colombo visited them. “The embassy officials told us to get a copy of the order from the court allowing us to go back to India. We are awaiting it," he said. Seafarers rights activist Captain Sanjay Prashar said, “We are totally disappointed that our seafarers have not been given even basic things like insurance, the right to return home, and minimum wages every month to feed their families. This has gone beyond slavery and we hope justice is imparted with their earliest and safe repatriation to India.”

“Many Indian flag vessels have died unnatural deaths due to financial collapse but it seems nothing has been learnt and DG Shipping does nothing in such cases. Seafarers are dying in India and overseas, but nobody is held responsible for this. None of them have even talked to their families,” said an activist.

The chief engineer, Uday Adhikari, said, “This ship is 28 years old. It is in a very dangerous condition and absolutely corroded. The commercial high court gave a verdict  in February 2022 to auction the ship, pay port, and clear all the pending dues of its crew members. But the owners have appealed against the auction. They are dragging the case only to trouble us, so we leave the vessel without money.”

One of the owners, Ranjan said, “Since the repair cost was upto Rs 2 crore, we could pay the crew members in October and November 2019. Though I pleaded with them not to go to court, they did not listen and approached court in January 2020.”

“I later told them that they should go home, because now the decision will be taken by the court. They were led by the captain, Mushtaq Ahmed Kapade. His intention is to get commission from the agents if the ship is sold, as it was his last trip and he wants to make money,” Ranjan alleged.