Rahul Shewale, a Shinde faction leader, has written to railway minister Ashwini Vaishnaw in this regard; rules prohibit such installations 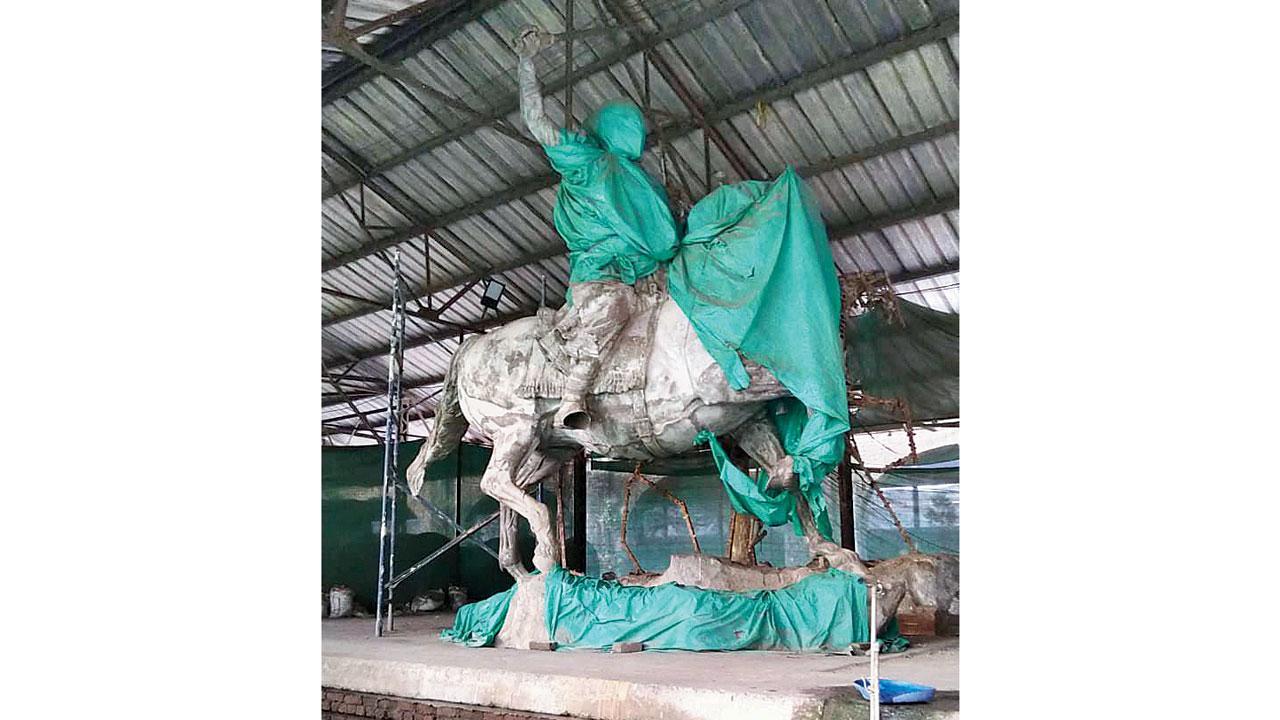 The statue of Chhatrapati Shivaji Maharaj is currently at Wadi Bunder


The Eknath Shinde faction of the Shiv Sena has revived the party’s demand for a life-size statue of the 17th Century Maratha emperor Chhatrapati Shivaji Maharaj on the premises of Mumbai’s iconic Chhatrapati Shivaji Maharaj Terminus (CSMT), a World Heritage Site. Rahul Shewale, the party’s Mumbai South Central MP and a Shinde camp leader, has written a letter to Railway Minister Ashwini Vaishnaw in this regard.

Since 2016, a team led by artists from Sir JJ School of Art had been working on the 25-foot-tall statue, which was originally to be installed in front of platform 18 of CSMT near the entry-exit on P D’Mello Road. Sources said the statue is in a workshop at Wadi Bunder near Sandhurst Road at present.

The walls along the rear entrance of platform 18 are being themed on historically significant forts, as per an old project worth R1,800 crore. Central Railway authorities have prepared the design of the façade, which will comprise replicas of Raigad, Panhala, Sinhagad, Shivneri, Rajgad, Bhulkot and Janjira forts.

The forts will also have light and sound shows and will take up an area spanning 100x600 yards. However, this project has been in limbo as the entire CSMT precinct has been listed for upgrade under the station redevelopment project.

What the regulations say

An Indian Railways circular from the 1970s, a copy of which is with mid-day, states that the installation of statues of national leaders on station premises is prohibited as they are “not considered as appropriate places to honour our national heroes. The word statue includes plaques, murals and memorials.”